Vehicle theft is on the rise in the UK. The 43,308 thefts reported to the Driver and Vehicle Licensing Agency in 2017 was the highest tally since 2011, and represents a 25% national increase from 2016.

We contacted police constabularies around the UK to find out where vehicle thefts have been taking place in the past two years, and which car makes and models are most prone to being stolen.

In 2018, there were 25,684 vehicles reported stolen to police constabularies in the UK. All of the police forces* that provided us with figures recorded a year-on-year increase in this type of crime since 2017 — equivalent to an 11% rise in thefts overall.

Staffordshire Police recorded the highest year-on-year increase in vehicle theft. The 1,805 reported thefts in 2018 are equivalent to a 34% increase from the previous year’s tally of 1,340. 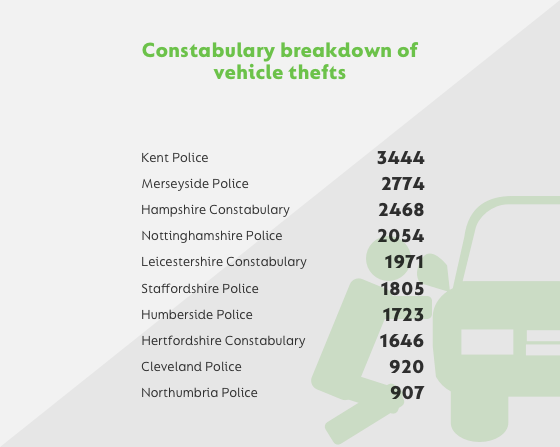 Which Streets are most at Risk?

A high street in Staffordshire suffered 55 vehicle thefts in 2018, which makes it the worst street in any police constabulary for this type of crime. Three different Staffordshire locations make up the top three hotspots for stolen vehicles across 17 constabularies — in total, 106 thefts took place at these locations. 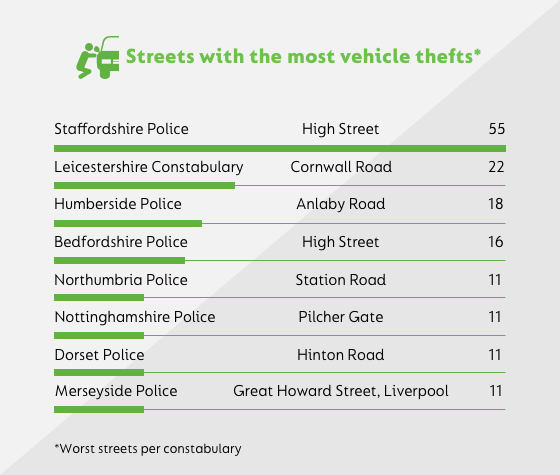 Outside of Staffordshire, vehicles are most at risk on Cornwall Road and Edgehill Road in Leicestershire — 22 vehicles were reported stolen in both of these locations in 2018. 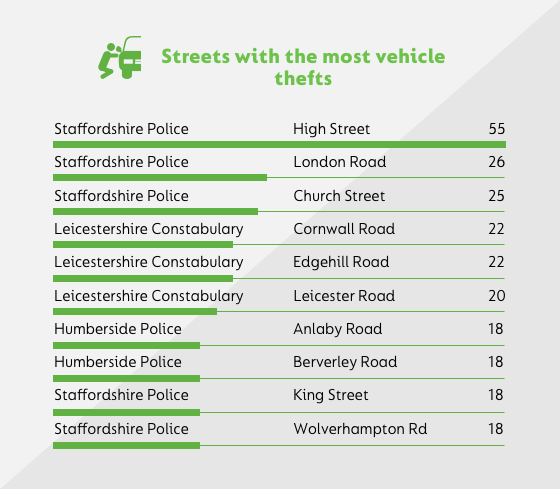 Which Makes and Models are most Frequently Targeted?

Predictably, the most popular vehicles to own are also the most commonly stolen, 3,327* vehicles that were reported in stolen 2018 were made by Ford, Vauxhall or Volkswagen. 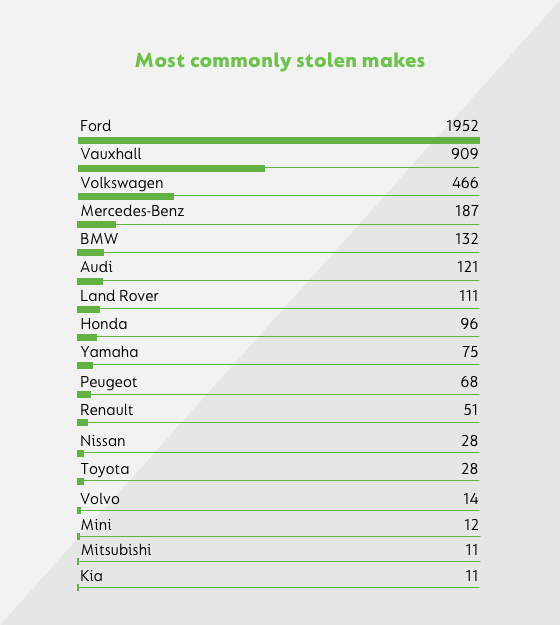 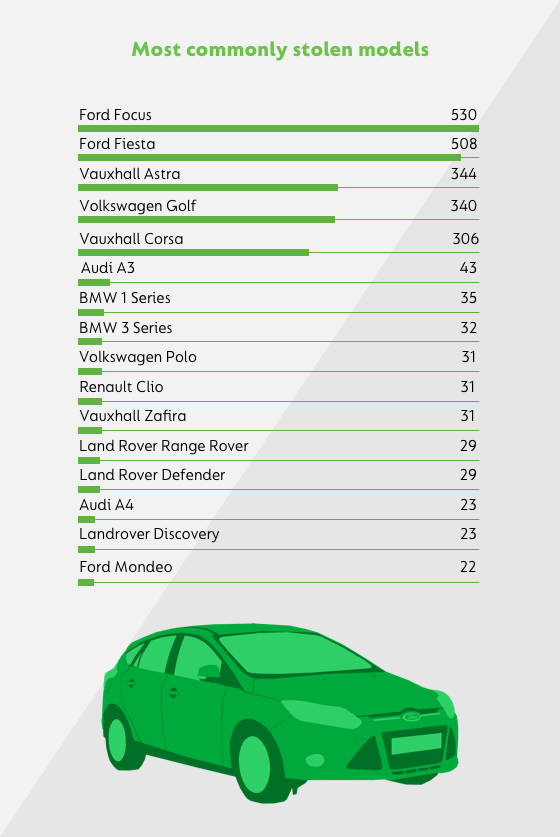 While various Ford models rank as the most stolen vehicle in 10 different constabularies, in the more rural plains of Dorset, it was the Land Rover Defender that was stolen the most in 2018. However, it’s worth noting that vehicle thefts are considerably lower in this constabulary than other more densely populated areas.