We don't compare Volkswagen car insurance, but comparing quotes could help you get a rip-roaring policy at a great price

Famous for its iconic Beetles and Camper vans of the 60s and 70s, Volkswagen has been a constant presence of the auto scene since World War II.

Over the last 60 years, VW has become a global symbol of German engineering, and is internationally recognised as one of the safest car manufacturers on the planet.

Despite this fact, that safety record doesn't take into account the actions of the person behind the wheel or other road users. Keep your VW as safe as the car itself with Volkswagen car insurance.

Volkswagen was originally the product of Hitler's German Labour Front as part of efforts to get German families mobile in 1937. Luckily, VW has managed to shake off its association with the Nazi leader and grown into one of the biggest car manufacturers in the world.

Despite this ability adapt and move with the times, Volkswagen's no stranger to controversy in the 21st century either. In late 2015, VW was accused of 'diesel duping' - essentially programming its cars to alter their performance to ace emissions tests. Clever? Yes. Ethical? Hmmmm...

Regardless some sketchy moments in its past, there's no denying the success of the German auto giant.

The Volkswagen Group boasts a roster that also includes Audi, SEAT and Skoda - as well as luxury brands like Porsche, Bentley and Lamborghini.

With such prestigious company, VW has no problem maintaining the high standards of its partnering competition and has all the bases covered - from family sedans to concept sports cars.

Which Volkswagen car are you comparing?

When comparing Volkswagen car insurance quotes, it's helpful to keep in mind the exact type of car you plan on insuring.

Different models and car specs will often fall into different insurance categories. For example, cover for a vintage Beetle will be more expensive than a brand-new Fox. The price of insurance can vary dramatically from one end of the spectrum to the other.

To give you a head start, we've outlined a few of the most popular VW car models and their relevant insurance groups below:

One of VW's most popular cars, the Polo is essentially a premium alternative to the Ford Fiesta or Vauxhall Corsa. A staple of the VW family since 1975, Polos are considered 'supermini' - bigger than a city car yet smaller than a family car – and are typically grouped in with Skoda's Fabia, the SEAT Ibiza and Audi's A1. 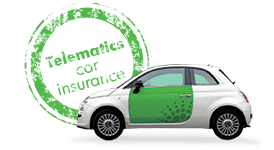 Modern hatchbacks fall into insurance categories between 1 and 11, with TDI variations falling into the higher end of that scale. Older models will usually be higher on the list as well, due to the nature of wear and tear, and technological advancements on recent models.

With so many versions available, it’s worth double-checking which category your exact model will fall under. Classification can vary dramatically between models and engine sizes.

The Golf is essentially the bigger brother of the Polo, offering all of the personality of a Polo with slightly larger frame. Predating its younger sibling by a year, the Golf is one of the best-selling models in the VW catalogue - with over 30 million Golfs made since 1974.

Much like the Polo, not all Golfs fall into the same insurance category; eg the Golf GTI is considerably more expensive to insure than the standard model. Having undergone numerous incarnations over the last five decades, insurance categories can range from anywhere as low as 7 all the way up to the high 30s.

Typically described as a compact city car, the VW up! is said to be mechanically twinned with the Skoda Citigo and SEAT Mii.

The up! is currently the most economical car to insure out of the whole Volkswagen range.

Most models have a insurance category of 1 to 3. However, there are a few exceptions. The TSI versions of the up! Beats and the High up! are both classed as a 10 rating. Meanwhile, the e-up! is also categorised as a 10 on the insurance groups scale due to its status as an electric car.

Once described by The Telegraph as "the most fun you can have on four wheels", it's good to know that the price of insurance won't put a dampener on the party before you set off.

Much like the Mediterranean wind it was named after, the VW Scirocco was a breath of fresh air when it was introduced in 1974. So much so that the Scirocco was resurrected in 2008 after an absence of 16 years.

Sadly, that air also seems to inflate the size of the insurance premium, as Scirocco models tend to find themselves labelled between insurance groups 18 and 30. Meanwhile, the Scirocco R edition drives that up even further, typically falling between 34 and 39.

The Beetle is perhaps the most iconic line of cars under the VW badge.

Also known as the Bug, the quirky, round-shelled vehicle we know to day began life as the Type 1 all the way back in 1938. The German classic was originally designed by Ferdinand Porsche, founder of the legendary sports car manufacturer of the same name.

With a range of models available, Beetles live between the 6 and 22 category, with the 1.4 litre at the low end and the 1.8 version at the top.

The VW Beetle has appeared in numerous movies, most famously in the starring role of the Herbie series

Unsurprisingly, the Sport range is more expensive again, clocking in around 30 on the scale. Meanwhile, the Beetle Dune rests between 15 and 23 depending on the model and engine size.

The Passat is one of Volkswagen's most popular family cars, stereotypically driven by middle-aged businessmen with an affinity for golf. Whether that stereotype is true or not, the Passat has undoubtedly been firmly established as a go-to company car over the past 20 years.

Estates and Saloons typically bottom out at the 17 mark on the insurance scale, with Sport editions  creeping up into the mid to high 20s. However, model variations - such as the R36 and CC - can find themselves classified as high as 36, depending on the engine size.

The Fox is another of VW contributions to the city car market and the predecessor to the VW up! While the Fox was generally marketed towards the South American market, it also had a good run in Europe from 2005 to 2011, when VW shifted its focus in favour of the up! model.

With two primary engine sizes – 1.2 or 1.4 litre – the Fox and the Urban Fox have among the best insurance ratings out of the entire VW showroom.

Most models sit between insurance categories 1 and 3, with the 1.2 version at the low end and the 1.4 at the high end of the scale.

How to get the cheapest car insurance that's right for you

The company claims that Volkswagen car insurances offers "extra benefits at no additional cost". However, it's important not to be complacent when it comes to your cover.

Firstly, it's always prudent to shop around. You can't get VW's bespoke car insurance from GoCompare - but you can compare different policies for your model to see how they stack up.

Auto-renewals are an easy way to get stung on car insurance. To avoid a stealthy price hike, keep an eye on when your policy is due and shop around. A new policy will likely be cheaper than an annual renewal.

If you're looking to economise, make sure you're not signing up for optional extras you don't need. Add-ons can often creep into packages unnoticed.

Breakdown cover is often lumped in as a bundle, so if you already have breakdown cover from your bank or credit card, there's no need to pay twice for the same privilege.

Even if you don't make the switch to VW car insurance, Volkswagen still offers its Ensurance package free of charge to VW owners. This provides accident and repair cover gratis for three years. It acts as a parallel policy that works alongside your existing car insurance policy, "ensuring" such benefits as genuine VW parts, VW technicians and legal expenses cover.