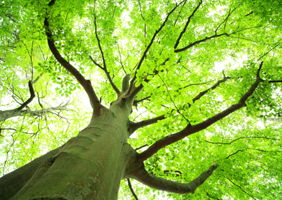 What do you need for a good night’s sleep? A cup of cocoa by the telly? A whisky and a good book?

Better than both for any director is robust business insurance: a well thought-out policy lets them close their eyes knowing they and their business are safe from the nightmare costs of bad luck, bad times and bad employees.

“There’s a lot of financial pressure on a businesses, particularly during recession, to ask ‘can I do without this?’ when it comes to cover,” says Deepak Soni, head of business insurance for Hiscox. “But it’s a brave, or misinformed, director who trades without all the proper insurance in place, and who’s willing to risk all they’ve built and worked for the sake of relatively small sums.”

No director takes pleasure in paying for cover for events that may never occur but one should never run a company without a well-drafted and paid-up policy to hand. But what are the must-haves, the should-haves, and the good-to-haves of business insurance?

There are two forms of cover without which no business can legally trade - employer liability, which covers injury claims and legal fees by staff, from a fall to a fatality - and motor insurance. And, although not a direct legal requirement, many professionals, such as lawyers, accountants and doctors, must carry professional indemnity to be allowed to practice by their associations.

But those are the absolute basics. Even the most bare-bones business normally takes on an additional suite of covers to protect it from the uncertainties of commercial life. Usually most of these are brought together in a Commercial Combined Insurance package, with a minimum cover of £5m, although most medium sized business opt for at least £10m.

Firstly a business must protect itself from the wrath of the man or woman in the street. Public liability – which covers a business if members of the public are injured by its actions, from being hit by scaffolding to tripping over a laptop cable – is seen as an essential. So is product liability, protecting the company against injury claims caused by its products.

Secondly a business should protect itself from risks related to possessions and property, with material damage, property, contents and business interruption insurance: the latter covers the cost of getting a businesses started again after it’s been hit by a crisis, and possibly also covers some loss of earnings.

And, as we are living through economically dangerous times, companies should also take out trade credit insurance, covering themselves if a customer cannot pay an outstanding invoice because of insolvency or liquidation.

As the world becomes increasingly complex and litigious the range of covers which businesses are advised to hold is growing, rapidly.

For example, a decade ago directors and officers’ (D&O) insurance, which covers senior staff personally for actions carried out as officers of the company, was seen as an rather exotic policy, used by the heads of large corporates with exposure to the US legal system.

Now D&O is viewed as a standard protection, even by fairly small companies. It has now developed into entity cover, a sort of “super D&O” insurance that protects the company as well as the people running it.

“The volume of regulation that now impacts on directors personally is vast,” says Soni. “Increasingly it’s no longer enough to protect the company, but to protect the individuals within it.”

Many businesses also have key man insurance, increasingly demanded by banks to secure loans. It covers the company if a director vital to its operations is killed, suffers serious injury or is hit by a critical illness which stops them working.

But business insurance not only protects staff, but protects the company from them. Employment protection covers corporations over employment issues, and its use is growing as the number of cases coming before.

Employment Tribunals rises: in 2010-11 they heard 218,100 cases, up 44 per cent on two years previously. In particular businesses are worried about the growing number of ways in which employees can claim discrimination, which now includes age, religion, sexual orientation and even gender alignment, in addition to sex and race. Age in particular is growing area for claims, and the compensation a tribunal can award for any type of discrimination is unlimited.

One of the growing areas for business insurance concerns social media, data losses and cyber crime. It’s estimated that 70 per cent of businesses suffer at least one data breach annually, the most high profile of which was the attack earlier this year on Sony’s Playstation network, which affected a potential 77 million customers.

Meanwhile the Information Commissioners’ Office can now fine a business that loses private data up to £500,000. There are fears that the number of data-loss cases will grow sharply as more companies moved towards cloud-computing and increasingly use home PCs, laptops and smartphones to access the corporate server.

“For smaller businesses, especially those whose model revolves around their online presence or companies who allow direct consumer access to their IT systems, the threat level has significantly increased,” says Mike Willis, professional risks partner for law firm Beachcroft. “Criminal organisations have become more sophisticated in avoiding larger and better-protected businesses, and instead target firms which lack resources to build security systems and protections of equivalent standard. The real costs are not in fixing the immediate problems of a cybercrime, but in building the defensive devices to prevent recurrences, or to minimise damage to systems, customer confidence and target markets as they happen. To minimise the large financial impacts that cyber criminal activity can have on companies, insurers are offering products specifically in respect of cyber risks, which can often be tailored to an organisation's individual needs and requirements.”

Despite this some business insurance policies have clauses blocking indemnity resulting from digital or cyber losses: experts are warning companies to take a close look at their policies to ensure they’re properly covered for a cyber-attack of data loss.

Companies should also be reviewing policies in relation to the Bribery Act, which came into force this summer. For the first time it makes corporations, as well as individuals, responsible for preventing bribery – not only within the company, but anyone representing it. Although a fine for bribery by cannot be insured against, it is possible for polices to cover the cost of defending an investigation by the Serious Fraud Office.

If you are in any doubt as to the action you should take, consider seeking advice from an independent financial adviser.

Gocompare.com is a great place to start your search for a deal on business insurance - you can compare quotes from a wide range of insurers quickly and easily. How much could YOU save?