Holiday hell? How to make a claim on your travel insurance 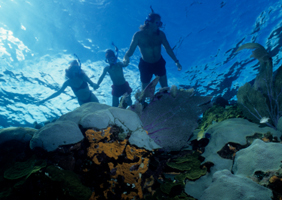 "The more information your insurer knows about your trip, the better."

According to the Association of British Insurers we pay twice as much on sweets and magazines at the airport than we do on travel insurance.

Yet when things go sour on your holiday who are you going to call? A tube of fizzy sweets and a copy of Heat won’t help you recover your passport or get medical attention - but your insurance company will.

Hopefully you'll never need to make a claim, but here are a few things to be aware of...

The more information your insurer knows about your trip, the better. Medical requirements are an absolute must (no matter how small) but also consider activities, especially extreme ones such as bungee jumping or speed boating.

Advise your insurer on everything. One incident covered in the press earlier this year highlighted some insurers might not pay out on claims that have occurred at nightclubs or parties as they're deemed 'high risk'.

Student Steven Duck was threatened with a £2,000 health bill after being attacked with a syringe at a full moon party in Thailand. Robert Spindloe, claims director at the Collinson Insurance Group, however, believes these cases to be few and far between...

“I would not class a party or a nightclub as high risk,” he says. “Unless the party is hanging off a cliff front or on the roof of a very high building! People are on holiday and are expected to let their hair down within reason.”

If you are in any doubt, ask your insurer.

Take photocopies of your travel insurance documents (two, packed in separate bags) plus copies of your passport and credit cards. In the instance of any passport or wallet theft these will be priceless.

When it comes to your own personal belongings, check if you have the receipts for them. If they're stolen it's far easier to claim with proof of ownership. No receipts? Take pictures of them.

Delays: The first instance you're likely to claim on. If your flight has been considerably delayed you can claim for food, drink and, in the event of a severe delay, accommodation. Keep receipts for all expenditure and get a written confirmation of the delay from the flight operator.

Baggage: Lost baggage will invariably be covered by the airline but this takes time. Your insurers should be able to cover you in the interim. Keep receipts for all replacements, and try not to go loco at the Gucci store to replace your stuff; your insurers will only cover effects “within reason”.

Cancellation or curtailment: Whether you've had to cancel from the very start or have to curtail your trip, your insurers will need proof of the circumstances. One instance we can learn from was told to us by bar owner Gwyn Thomas. He had to cut his Spanish holiday short when his partner's father fell ill.

“It was long-winded!” he says. “We had to get a doctor's note but we returned with a document that was signed by the nurse. The insurance company advised it had to be signed by the doctor who actually admitted him. We had to find the right doctor and chase them around the ward!”

Theft: Unless your passport or travel documents have been taken – and in that case contact the embassy or consulate immediately – theft claims can be made on return. All you need are the aforementioned receipts and a police record of the incident. Easier said than done in some countries. Don't panic, insurers are just as aware of this. “We deal with claims from every part of the world,” says Spindloe. “We know the places where it's easy to get a police report and we know the areas where it's very difficult or borderline impossible. Reasonable insurers will take things into account.”

Personal liability/Accident: Not to be confused with any motoring claim you may need to make; if you've hired a scooter or car, ensure a separate policy is taken out with the hire company. Personal liability claims are there to protect you if you damage or break anything. Unlike theft, these are best to address by immediately contacting your insurers.

Medical: THE most popular type of travel insurance claim. One particularly interesting instance to be aware of comes from artist Brychan Tudor. He suffered a serious infection in Chile which affected the budget he'd planned for the rest of his South American trip.

“The actual claims process was pretty smooth,” he says. “The problem is losing money that you can't claim back on. I hadn't budgeted the cost of being in an expensive city where there are better health facilities.”

A more glowing review of a medical travel insurance claim can be found speaking to Teresa Davis.

“I couldn't have been happier,” says the pensioner who broke her leg on the second day of her holiday in Spain. “They organised transport from the hotel to the hospital and made sure my husband had transport to visit me while there. On my return they provided an escort who accompanied me from the hospital in Spain right back to my house.”

In the event of any medical situation, contact your insurers immediately. Don't worry if you're travelling solo and can't actually make that call. Most hospitals around the world are profit-making organisations and need to ensure their security. Once the insurer is aware of the situation they are even able to fly out a relative or nurse or doctor depending on the severity of the situation.

Be honest and responsible. Keep proof of circumstance and expenditure and your claim should be upheld. If it's not, and you really feel it should have, then complain.

The process has never been easier. As instructed by the Financial Services Ombudsman this year, insurers have to operate a 'one step final response' process. This means once the complaint has been raised, and the insurer has given their final view, you can now go directly to the ombudsman  for independent adjudication.