Exactly what help can first-time buyers get? 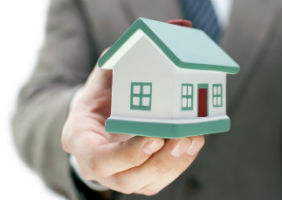 Bernard's heart sank - he'd conisdered downsizing, but this was ridiculous...

"A study by the Joseph Rowntree Foundation concluded that by the year 2020, the number of young people owning their own property will have fallen by around 1.1 million to 1.3 million."

So you want to buy a house? Well, you’re not alone; we’re a nation of homeowners and aspiring homeowners

Unlike other European countries where renting is the norm, we expect to buy our homes in the UK. In fact, a study by the Council of Mortgage Lenders showed that 81% of adults hope to be homeowners in 10 years’ time and three-quarters would like to own their own home within two years.

Yet the average age of a new buyer today is 38, and it’s predicted to rise to 41 by the year 2025, according to research by the insurer LV=.

Homeownership certainly seems beyond the reach of many young people and families.

A study by the Joseph Rowntree Foundation concluded that by the year 2020, the number of young people owning their own property will have fallen by around 1.1 million to 1.3 million.

Not only that, it predicts that the numbers of young people trapped living at home with their parents will rise by more than half a million, to 3.7 million by the same year.

The government, and a few banks and building societies have schemes and deals designed to help these first-time buyers. So what help is on offer?

This is the government’s flagship scheme to help new buyers and the plan is that it will help around 10,500 households over the next two years.

Under the scheme, the house builder and the Homes & Communities Agency provide an equity loan of up to 20% of a new build’s purchase price, subject to circumstances. The loan is repaid when the property is eventually sold, or the buyer can remortgage at a later date and repay it then.

That means that buyers only have to raise a 5% deposit but they can qualify for a much better mortgage because the bank only needs to lend them 75% of the property’s value.

Not every first-time buyer is eligible; you have to have a household income of less than £60,000 a year and a good credit history. Most importantly, you have to be willing to buy a new build, which massively restricts the homes you can consider.

The first qualifying homes will be made available under the scheme next month, so watch this space.

Some first-time buyers will struggle to get a mortgage in the current climate. That might be because their deposit is too small or because they can’t borrow enough to buy a house in their area.

If this is you, then you could consider a guarantor mortgage. That means that a close relative, usually a parent or grandparent, agrees to pay the mortgage if you defaulted. This can make it much easier to borrow because the lender has greater security.

For example, The Co-operative Bank allows you to borrow more than they normally would if a close family relative is willing to guarantee your mortgage, subject to circumstances.

The Lloyds TSB ‘Lend a Hand’ mortgage means you only need a 5% cash deposit and the backing of someone with savings worth up to 20% of the property value. Your ‘helper’ keeps their money in their own account but you get much more favourable rates.

However, if you default on the mortgage then they will have to hand over their savings, so this isn’t a mortgage to enter into lightly.

The stamp duty holiday has finished for new buyers, which is a real shame. However, if you’re willing to buy your first home in a slightly less upmarket area then you could still avoid it.

Certain deprived areas are excluded from paying stamp duty. You can double-check an area’s eligibility using the HMRC postcode calculator.

Of course, if your property is worth less than £125,000 then you don’t pay any stamp duty either. So if you’re looking at a property that’s just over that amount then it’s worth trying to haggle.

You could ask your parents to stand as guarantor but there’s definite scope for things to go wrong. It would be dreadful if you defaulted on your mortgage and they lost their savings, or worse, their home.

But could they help you out in other ways? Perhaps they have some savings they’d be happy to lend or give you as a deposit. Maybe you could move in with them for a year so you can save up a deposit without paying rent.

Research from the Council of Mortgage Lenders shows that most new buyers have some help from their parents.  If yours are willing to help out then it may be your only chance to get on the ladder before your 40s.

Not everyone is behind government schemes like FirstBuy. The study from the Joseph Rowntree Foundation claimed that some of these government initiatives are actually making the problem worse.

It said: “It is widely recognised that initiatives to enable young people to access home ownership, such as shared equity schemes, could exacerbate affordability problems.”

And it’s not alone making this claim. Plenty of economists have argued that schemes like  FirstBuy and NewBuy will keep over-inflated house prices high, rather than allow them to fall in line with market forces.

Of course, falling house prices would help more new buyers onto the ladder, so it’s a problem if schemes designed to help buyers actually make it harder in the long term.

The think tank is calling for government to focus on improving the private rental system. It says that this would take the pressure off people, as they wouldn’t need to buy a home in order to have some security.

Whether you agree or not, for many would-be buyers FirstBuy or a guarantor mortgage are the only chances they have of owning a big pile of bricks and calling it home.

Are you a would-be first-time buyer? Have you considered any of these schemes? Are they actually making it harder to buy? Tell us about your experiences by tweeting us @Gocompare.

* *Gocompare.com introduces customers to London & Country Mortgages Ltd which is authorised and regulated by the Financial Services Authority.  Gocompare.com's relationship with London & Country Mortgages Ltd is limited to that of a business partnership, no common ownership or control rights exist between us. Please note, we cannot be held responsible for the content of external websites and by using the links stated to access these separate websites you will be subject to the terms of use applying to those sites