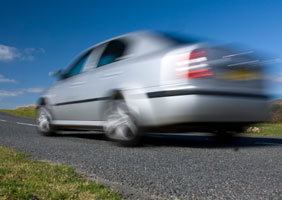 "before taking any action, drivers should check their current insurer's cancellation fees and the long-term impact of losing this year's no claims bonus entitlement." Scott Kelly, Gocompare.com

But from December, insurers will no longer be able to calculate a person’s gender into a car insurance quote because of a ruling in a case in the European Court of Justice last year.

While this may be good news for men  (the Association of British Insurers (ABI) reckons that young men’s policies are set to get 10% cheaper)  women are set for significant hikes in the price of what they pay – an average of 25% is the figure being kicked around by the ABI, but some women could find their policy rise as much by 94%, according to research from Gocompare.com.

Because of this, some women are already taking action and cancelling their current policies in order to get a non gender-neutral policy before the law kicks in. But as Scott Kelly, head of motor at Gocompare.com explains, this may turn out to be false ecnomomy.  "There is an argument that, to beat potential increases, women with a renewal coming up early in the New Year should consider trying to lock into a better 12 month deal now.

"But, before taking any action they should check their current insurer's cancellation fees and the long-term impact of losing this year's no claims bonus entitlement. Also, breakdown cover, motoring legal protection or other cover included within the policy will end and the premium paid for this cover may not be refundable.”

Research from Gocompare.com suggests that insurance prices are far from evening out before the law takes effect in December, as has been suggested, so the increases are set to be dramatic when they kick in.

"One thing that will remain constant for both women and men is the need to shop around for their car insurance on a price comparison site like Gocompare.com to ensure that they get the cover they need at a competitive premium," reckon Gocompare.com’s Scott Kelly.

For more information on the ECJ gender ruling,step this way.