How should you teach your kids about money? 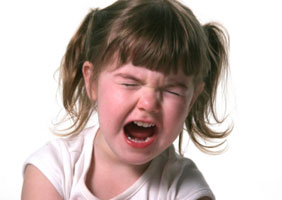 “I take them to car-boot sales and give them £2 each. It’s amazing how quickly they learn to haggle." Tessa, a Warwickshire parent

As a parent, you want your child to be happy, successful and healthy. But one thing that can affect all three of those goals is how they manage their money.

There’s plenty of debate about whether teaching money skills is a job for the schools or the parents. But in the meantime, generations of kids are growing up without any formal financial education.

So we’ve been asking parents how they are making sure their children can handle money. Here are some of the best tips we heard:

Let them make their own mistakes…

However hard you work to instil good money management, your children are going to make some mistakes.

Ian Williams works for the current account provider ThinkMoney. He has two teenagers and is determined they’ll have the chance to make some of those mistakes while he’s there to pick up the pieces.

“Our teenagers have an allowance paid into a bank account with a debit card, since they were 12. They have to budget for certain items, such as mobile phone top-ups and clothes.”

He says they do make mistakes some times, particularly when it comes to budgeting throughout the year for Christmas, but it’s good practise for the real world.

It’s not all about savings…

Tessa from Warwickshire is a busy mum of three, but she wants her children to be unafraid when it comes to hunting down bargains.

“I take them to car-boot sales and give them £2 each. It’s amazing how quickly they learn to haggle.”

And it’s clearly working, Monty is just six but making a profit on his bargains. “He got six Rabbid (a cartoon series popular with children, so we're told) figures for £1.20, four of which are currently going for £6 on eBay!”

Several parents said their main tactic was to talk about their own finances. Steven, a dad of four from north Wales, says he believes in being frank.

“It’s important to us that our kids understand that money is tight. We’re open and honest about how much money there is. They know they can ask for one thing at Christmas and they think really carefully about what they want.

“The silver lining is that we know we’re teaching them the value of money.”

Don’t be too unlimited…

No, not the Eurodance band – we mean don’t hand your child everything on a plate. One lucky parent got in touch with us to explain that he’s had to be careful to set limits for his only son.

Richard from London is the father of a 10-year-old and his problem isn’t that money is tight. “We’re really lucky because we aren’t short of money. But I work really long hours and the temptation is to spoil Oscar when I’m with him.

“But we suddenly realised that he had mountains of stuff that he hardly ever played with. So now he only gets new stuff at birthdays and Christmas. If he wants something the rest of the year, he has to save up his pocket money or do jobs around the house.”

Give them a taste of the real world…

If you’re paying your kids to do chores, don’t be afraid to withhold funds if they don’t do a good enough job. And point out that the sooner a job is finished, the sooner everyone can do something more fun.

Sam is a parent of four, ranging in age from 1 to 12. She’s keen to ensure her children have a good work ethic and says: “All except the baby have cottoned on that if they help out we all get to spend more time together. Also we've established different 'rates' of pocket money for different jobs. Just like the real world.”

They can learn a lot from you…

Kids learn good – or bad – financial behaviour from their parents. Midlands mum Emma has a six-year-old daughter and is always careful to take her along for the big weekly shop.

“In the supermarket she finds the items, helps me decide how many we need and then puts them in the trolley. We play a game of how much it'll come to as we go, and then find out if we’re right at the checkout.”

Jenny from Cheshire is mum to a toddler, but has already been making notes of impressive tactics from other parents.

She explains: “We went to a pick-it-yourself place last year where a 12 year old ran a pen of hens as a business. He was given a loan by his parents, who helped him create a full business plan, and they pay him 20p for each egg produced.

“One Christmas he was asked if he wanted a PlayStation or to take some money off the loan and he went for the loan option!”

Sally from Mid-Lothian is mum to seven-year old twin boys. She thinks that it’s important to let kids have some money simply to enjoy.

“I remember when I was little my parents would take any Christmas or birthday money off me and put it in my bank account. But that just meant I resented saving and tended to blow money when I did have it.

“My boys do save some money, but they’re also allowed to enjoy spending it – without a guilt trip!”

Children don’t stop learning good money habits once they reach adulthood. In fact, as most of us know, those first few years of freedom can include some disastrous financial decisions.

So many parents feel the task of teaching their children goes far beyond the pocket-money years. Danny Cox, head of advice at Hargreaves Lansdown, thinks those early years of adulthood are essential for forming good money habits.

“The best way to learn about money is not to have any,” he says. Danny wants his son to steer clear of debt during university, so he’s incentivising him to take on part-time work. “I match every pound he earns during university, so he always sees the benefit of work. Any kind of job helps students learn to manage their money better.”

Where can you get help?

There’s also a lot of help available online. The Personal Finance Education Group is a charity that provides help and advice for anyone wanting to teach children and young people about money.

How are you teaching your kids good financial values? If your children are grown up, are you happy they learned your money lessons? Are parents responsible for their kids’ financial habits? Share your opinions with other readers by tweeting @Gocompareand @Covered_mag – we’ll retweet the best.