The EU gender ruling: what you need to know 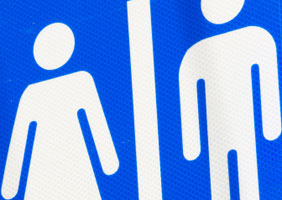 Unisex insurance - it's on the way

When the European Court of Justice ruled that a Belgian insurance firm couldn’t use a person’s gender when calculating a quote in March 2011, those in the trade collectively breathed a sigh of disbelief.

For years, whether a driver was female or male had played a huge role in determining what a person paid for their car insurance. After all, the statistics seemed to make sense. While men and women roughly had a similar amount of car accidents, women were involved in incidents which were cheaper to rectify.

A person's gender has also had an impact on life insurance, health insurance, pensions and annuities too, because women have longer life expectancies than men.

Whether the ECJ’s gender ruling is a massive blow to good old common sense or a resounding victory for equality and fairness is an issue of personal interpretation. But the fact is that the ruling is due to come in to force this December and it’s going to have an impact on millions of people’s finances.

Here’s what you need to know…and how you can take action.

This is the main area which insurance buffs reckon will be impacted the hardest – and the bad news is that younger drivers, who are already facing potentially prohibitive premiums, are going to feel the effects of the laws the hardest.

As new or young drivers don’t have a driving history for insurers to look at, then the motorist’s gender seemed as good a factor as any to base a premium on. Usually, new or young female drivers get significantly cheaper insurance deals than their male counterparts because they were deemed to be lower risk.

According to data from Gocompare.com, in July 2012 insurance for a male driver was, on average, a whopping £1,060 more expensive than for a woman in the 17-25 bracket.  This is, as we’re sure you’ll agree, quite a lot of money.

But the ECJ’s ruling means that this now can’t be taken into account. Young women’s policies are set to get quite a lot more expensive, while young men’s will get a bit cheaper.

If you’re a female driver, then there’s plenty of ways you can dodge the increases in prices, and potentially get yourself another year’s worth of safe driving to bring your premium down in the future. The increases aren’t due until December 21, and certain insurers are falling over themselves to get female drivers on board before the law comes into effect by offering cut-price deals.

Another is to consider a telematics – or ‘black box’ – policy.

These have the potential to be an absolute boon for younger drivers, as rather than going on the assumption that young or new drivers are inherently reckless, dangerous prospects, they allow the motorist to prove themselves by having their driving monitored, and in some cases, feed back advice on how to drive more safely.

There’s a trade-off, of course – some drivers may not want their insurer ‘riding shotgun’ with them on every journey they make. But a huge spike in popularity in recent years (there are now 180,000 drivers with telematics policies now, up from just 12,000 in 2009) suggests that more and more drivers will allow themselves to be monitored if it makes for a cheaper quote.

There’s rather less information known on how the ECJ’s ruling will affect life insurance premiums. It will rise for women, but the increases are expected to be far less than those expected for young female drivers’ car insurance policies.

If you’ve got a life insurance policy which is index-linked, or a normal guaranteed type, then they shouldn’t be affected. But with variable premiums, there’s a chance that prices may go up or down over the coming months.

For Britain’s ageing male population, the ECJ’s ruling looks set to be a bit of bad news, particularly if they’ve got an annuity, or a planning on buying one. (An  annuity is an annual pension bought with pensions savings, for those at the back.)

As women are expected to live longer, their annuities have (traditionally at least) been less than those of men’s bought for a similar pot of money, simply because it was meant to pay out over a longer period of time.

Now, men are expected to get less cash from their annuity every year because their benefits will be brought into line with those of women.

What can I do?

It might be time to have a look at your pension pot and think about topping it up a bit if you’re a man.

There’s not set to be that much change with life insurance, as women and men already pay similar prices - or at least, that's the expectation.. But now, women will be just a small amount less than men for things like income protection policies, which pay out if a person is on the sick than they are now, while Men are now likely to pay a bit more than they are already.

Think about being proactive and shopping around for another life policy before December.