How much can you make running Ann Summers parties? 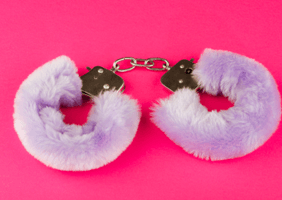 These were certain to spice up Dennis and Beryl's love life

"If you’re a woman and you can say the word ‘rampant’ without turning into a giggling heap, what kind of money can you make?"

Okay, to my embarrassment, I went to an Ann Summers party a few weeks ago. Don't ask. Really, don't. Please.

But a lot of money was spent (after a fair amount of alcohol was consumed, admittedly) and I couldn't help but wonder just how much the party organiser got to keep.

So, how much can you make running these parties, and is it only a career for women? We’ve stifled our giggles and bravely peered into the murky world of, ahem, aids to romance to find out how much money you can make running Ann Summers parties.

Perhaps one obvious question here is: how many men would want to?! Unfortunately, if you’re of the male persuasion and you do fancy running the parties, you can’t.

Men can’t run the parties and can’t attend as guests. If you’re a man in a house where a party is being held, you’re politely asked to keep out of the room (although surely most would just bolt for the pub?!).

What do you sell at an Ann Summers party?

Despite the retailer’s reputation, it’s not all toys that would make the author of 50 Shades of Grey blush. Well, a lot of it is, but there’s other stuff too.

For example, the retailer sells clothing, swimwear and costumes. If you’re wondering what costumes, then picture the women from TOWIE on a drunken hen night and you’ve probably got the idea.

It also sells lingerie, perfume and cosmetics, and even ties. Like, proper wear-with-shirt ties, not whatever filth you’re picturing.

So if you’re a woman and you can say the word ‘rampant’ without turning into a giggling heap (I’m out), what kind of money can you make?

Well, the most important thing to highlight is that you’re not an employee. As a party host, you are self-employed and will need to declare your own earnings to the taxman.

After your training, you are sent a starter kit, which is valued at a few hundred pounds. You pay rent on this, but it means you have stuff for games and to show off at the parties.

You earn commission on your sales, but you have expenses too. You obviously need to reach the party and you’ll pay for games at the event, which is likely to cost less than a tenner.

According to Ann Summers, you’re likely to make an average of £60 per party, for just two hours work.

It says: “Our party planners earn 23% on all confirmed party sales. Our average party sales are £255, which would mean earning approximately £58 commission for that party.”

However, once you’ve factored in the extra expenses, your potentially hourly rate will obviously fall.

Also, there’s also the risk that you won’t make any sales at all – it’s partly down to the party in question.

Although you’re self-employed, there is a reward scheme in place and even career development opportunities. If your sales are so impressive that you become a ‘star planner’, you could be offered a company car.

Develop your sales well enough and you could be given your own patch, becoming a unit planner, meaning that other party organisers work for you and you earn commission on their sales.

Finally, as an Ann Summers Party Planner, you also get 30% off anything you choose to buy for yourself.

Is it worth it?

You might enjoy socialising, you might enjoy parties and you might enjoy the products (it’s very hard not to write ‘ooh-er’ next to that…). But if you don’t make some real money then it’s soon going to feel like a pointless exercise.

So will you make £60 or more in a night? We spoke to a real-life Ann Summers party organiser. She wants to stay nameless, so let’s call her Ann.

According to Ann, there are few jobs that make you laugh quite as much: “I love running the parties, they are hysterical. If you get a really good atmosphere – and you usually do – then it’s a blast.

“You also don’t need to invest much money to get started; you just need to work hard!

But she admits that at times, it can seem like a hobby more than a shortcut to a fortune: “No, it’s not exactly a money-spinner. You work really hard all night and there’s no guarantee you’ll make a penny, but you’ve still got to cover your costs like the kit rental and the games.

“Also, people really only want the parties at weekends, so it can eat into your social life. I’d say I average two or three parties a fortnight, not the three a week that they talk about. I earn a bit of extra money and have a laugh, but I’m not making a fortune. But I think some people do, maybe I should just work harder!”

Is it possible to make real money?

Lots of people have written about being Ann Summers party planners and many have wildly differing accounts of their experience and success. Party organisers in popular areas say they do a roaring trade, with many earning decent money.

The most successful sellers say they have been rewarded with company cars and even incentives like foreign holidays.

But some complain about spending the whole night demonstrating to a gang of giggling potential customers, only to make no sales at all. All that entertainment and expense of getting there, only to make no money, that must be very demoralising.

What if you just want to host an Ann Summers party?

You may well have read all this and decided there are easier and more guaranteed ways to earn a crust.

But can you make money just by hosting a one-off party, where the organiser comes to you?

The answer is ‘yes, so long as your friends are likely to buy’. Party hosts are entitled to 10% of all the event’s sales. If your sales total more than £250 and at least two of your friends go on to host parties themselves, you also get a reward from the shop.