I don’t Belieb it! Justin accused of credit card theft 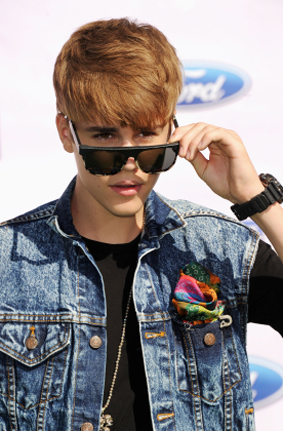 "I did WHAT with his credit card?"

"In these days of dwindling record sales and illegal downloads, pop stars are finding it harder than ever to make ends meet"

With his stylish threads, boyish complexion, silky tones and nifty dance moves, fresh-faced Canadian pop star Justin Bieber has no trouble garnering attention from ‘the laydeez’. And he’s certainly got ‘swag’ far beyond his tender years.

Thanks to his multi-million sales of hits like ‘Baby Baby Baby’ and 'Boyfriend', it's difficult to imagine the singer being shy of a bob, either.

So, it came as something of a shock this week when a Michigan man commenced legal action against the singer, accusing him of stealing his credit card in order to facilitate an, er, enlargement operation.

Moreover, the man has also accused clean-living, god-fearing Bieber of using his card to purchase a consignment of illegal street drugs for him to enjoy with none other than Sean ‘Puff Daddy’ Combs.

According to American gossip oracle TMZ, the man also claims that R&B hitmaker Usher broke into his house and ‘interfered’ with him with with a firework, while Katy Perry’s 2010 hit ‘Firework’ played in the background – a truly nightmarish prospect. He also claims he’s the father of Justin Bieber’s other half, Selena Gomez.

Make of that what you will.

HOW TO PREVENT A POP STAR STEALING YOUR CREDIT CARD

In these days of dwindling record sales and illegal downloads, pop stars are finding it harder than ever to make ends meet – meaning that some may go to hitherto unknown lengths to pay for Rolls Royces to drive into pools, oxygen tents to sleep in or operations to remove their lower ribs.

So, to prevent light-fingered pop stars pilfering YOUR plastic, take the following steps.

• Don't let anyone else use your credit card – even if they have had number ones in multiple countries and sell-out arena tours.

• Keep your receipts and tear them up, or preferably shred them, before disposing of them, particularly if you've been backstage at any glitzy award shows.

• Only shop from well-known websites that display a secure padlock logo, and have both a landline phone number and a real address (not a PO Box).

• Keep a note of contact details to use if your debit or credit card is lost or stolen. Carry them separately from your cards,too.