Are indirect flights the key to a bargain holiday? 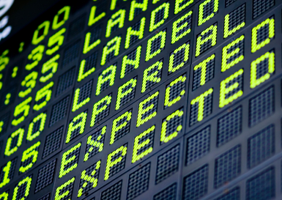 Through the frosty window of a destitute and dreary January, long-haul holiday destinations look about as accessible as a first-time buyer mortgage.

And yet, despite oil prices hiking long-haul flight tickets to prices higher than a pay-day loan interest rate, there are ways of reducing flight costs to make the exotic more accessible.

The first method is a slightly confusing one.

A direct return flight between, say, London and Kuala Lumpur will generally cost you around £700. But if you add a five-hour stop over in Hong Kong – which is a long way off route on the way out and completely the wrong direction on the way back, extending your travelling time by around nine hours - you can get the flight a good £150 cheaper.

“Making long stopovers and connections can really reduce air fares,” says Roz Walsh, of Flight Centre and Round the World Experts. “For example, Royal Brunei has two stops on the way to Bangkok (Dubai and Brunei), plus has an eight-hour stopover on the way back, but it is by far and away the cheapest airfare.”

The downside, of course, is that time spent on the plane or in an airport is time you could be on your holiday.

“It can often be a false economy,” says Andrew Wong, director of flights at TripAdvisor and SeatGuru. “Saving £100 to wait in an airport for eight hours or doing an additional flight might seem like a good idea when shopping for flights, but they can often be regretted en route.”

There is also the danger of missing your connection. However, while this could be costly in terms of time, it should not hit you in the pocket, according to Sean Tipton, media relations manager at UK travel association ABTA.

“If you are travelling on a through ticket and miss your connection, your airline will be obliged to get you out on the next available flight and also pay for any day-to-day expenses and overnight accommodation until that flight leaves,” he explains.

He warns, however, that if you book the flights either side of a stop over separately (i.e. not a through ticket), the airline has no obligation to pay out. Neither has, in many cases, your travel insurance provider.

“Travel insurance policies routinely cover delayed, cancelled or missed lights due to strikes, mechanical breakdown or industrial action, but this may not cover connecting services,” says Malcolm Tarling, spokesman for the Association of British Insurers. Indeed, it is actually very rare that a policy will cover the cost if you have missed your connecting flight.

While the risks of missing connections should not be sniffed at, it has to be said that if you book sensibly and leave enough time between the connecting flights, then you shouldn’t get in to too much bother.

Likewise, whether you are on a through ticket or not, the extra travelling time may be a pain, but if it makes a trip viable then you probably won’t mind a few extra hours sat in an airport McDonalds.

“Flying late at night or very early morning will often mean routes are less crowded and that can reduce the cost of flights,” says Nike Onakoya, spokesman for lastminute.com. “However, this can also mean extended airport stays or arriving after or well before hotel check-in is available.”

If you are used to pulling all nighters, then this should not particularly worry you, if you aren’t, then it can be a bad start to your break away.

If you are in the latter camp, then TripAdvisor’s Wong says another alternative is travelling mid-week, where seats are cheap for the same reason as above: flights are emptier.

“Airlines still need to maintain a schedule during off peak times and so often these flights can be much cheaper,” says Wong. “If you can try to make your weekend trip happen during the week you’ll get cheaper and quieter flights and enjoy a foreign city when everyone is at work.”

Travelling mid-week though, means you won’t be maximising your weekends and therefore you are using up holiday allowances at work unnecessarily. That said, for some the sacrifice will be well worth it if it means a long-haul break is viable.

IT’S A QUESTION OF TIME

While these two ways of reducing your air fare are generally home to the best deals, there are other ways to save cash, including booking well in advance or alternatively at the very last minute. Wong adds that booking your trip on a foreign website can also bring savings.

“For example, if you are flying London to New York, check out an American Online Travel Agency (such as Expedia.com instead of Expedia.co.uk) to see if you might save money when purchasing from the other end and even make savings with the exchange rate,” he says.

So in these dark, dark days of winter, a long-haul escape may be more accessible than you think.

Sure, a degree of compromise and ingenuity is probably going to be needed to achieve the dream, but when you’re sat watching the rain streak through the darkness at 3.30 in the afternoon, drinking Bovril and wearing four jumpers to keep the cold out, a few extra hours looking at options then some extended time in an airport might not seem like that big a deal.