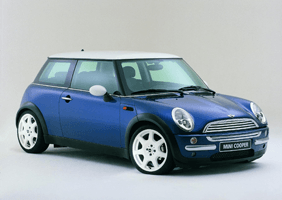 Bevis & Pollitt really can't come to an agreement over this

In the first of a new series of ‘Heated Debates’, Dan Bevis and Chris Pollitt chew over the pros and cons of the Mini. Over to you, chaps - try to keep it clean…

Dan: So, the Mini. I reckon it’s a fundamentally decent car.

Chris: And there are people who think black pudding is a fundamentally decent food. It doesn't make them right.

Dan: True. OK, let me explain: I like the Mini as a hatchback. I’m with you on the Countryman, Coupe, Paceman, and all those other nonsense variants, they dilute the brand. But as a hatchback, it’s quite a cool thing, no? We like retro-styled stuff – the 500, the Challenger, the Mustang – surely this is right up our street?

Chris: Yes, we do like retro-themed stuff, you're right. The thing is, all the cars you listed are a) still built by the same manufacturer which created them and b) they have a strong (if only aesthetic) link to the originals. The Mini is none of those things. The Mini is the crowning glory of BMW's trolley-dash around Longbridge. And it's fat. 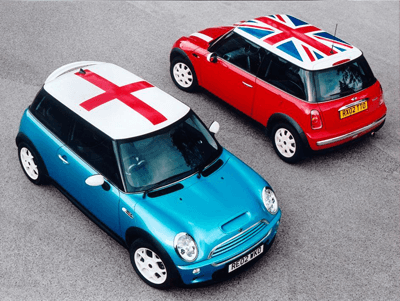 Dan: Yeah? Well your face is the crowning glory of… shut up. Have you actually driven one? The Cooper S is flippin’ ace. Seriously. It’s a spunky little go-kart.

Chris: Yes, and I didn't like it. The steering was heavy, the 'power' was clearly on holiday and while I'll admit the chassis was enjoyable, I didn't find it to be anything remarkable. Plus, I felt like an estate agent.

Dan: You look like an estate agent anyway. Alright, let’s look at this objectively - the original Mini was a work of genius in terms of packaging, with its transverse engine, gearbox in the sump and what-have-you. That’s obvious. But you could never make it that small today – there are Euro NCAP figures to think of, you’ve got to have pedestrian clearance from the hard points. It has to be the size it is, so it’s inevitable that some of that character will be lost. Besides, you can pretend it’s a really small car as it has a really small boot… 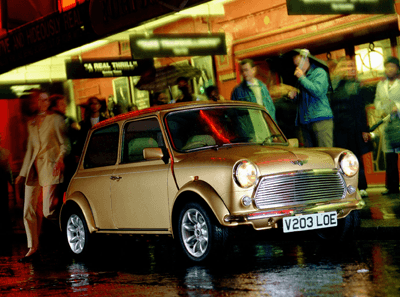 Chris: Pretend it’s small because it has a small boot? Sound logic, Bevis. Anyway, NCAP has nothing to do with it. I understand all that, and I appreciate the standards new cars have to meet. My beef (or horse?) with the Mini is the image. I know we’re not all '60s flower children now, but the original did have some innocence to it, some cheek, too. The new one is popular because clever ad-men made it popular. The original earned the affection it afforded, it wasn’t gifted it. The ‘new’ one just seems soulless to me.

Dan: ‘Soul’? From the man who keeps buying Mercs? Consider this, then, as an over-arching concept: let’s take the fun, quirky styling cues of the Mini, and combine them with modern reliability, frugality, security and performance. The residuals are good too. Doesn’t that sound at all appealing?

Chris: Hey, I like Mercs. The fact they and their gearboxes don’t like me is beside the point. Anyway, I digress. Focusing back on the Mini, none of those points tickle my fancy, and if they did, there would be no shortage of other options I could choose. The Fiat 500 has even better residuals, and you look less like Phil Spencer in one of those. 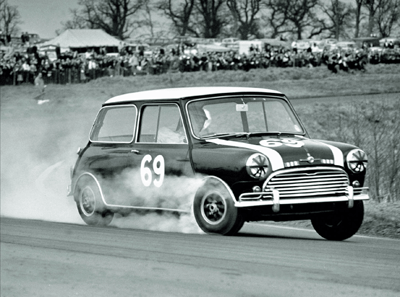 Dan: Phil Spencer has a winning smile, you could do worse. Maybe this’ll win you over then, it’s more in keeping with your nature: cheapness. The One and the Cooper are basically the same car, aside from trim differences and engine map, right? You can buy a Mini One for under two grand, plug in a Bluefin - an aftermarket plugin remap thingy that goes straight into the diagnostic port - for a couple of hundred quid, giving you Cooper performance… what do you think of that, eh? Eh? but [don’t forget to run it past your car insurance provider, OK? Sensibility ed]

Chris: I could also have a man slap me with a wet fish and call me Susan for less than £2,000. It doesn’t mean I’d do it. Besides, while I see some logic in what you’re saying, I can’t help but feel carrying out your plan would backfire. You’d be one of those people...the “it’s not a Cooper, but it goes like one” sort of person. Changing the carb needle and fitting a stage-one exhaust and ‘Cooper’ stripes wasn’t cool when applied to the original Mini. Doing it to a new one, well, that’s a whole new world of wrongness. 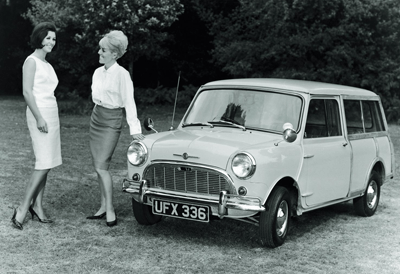 Dan: Well yes, you could have a point there. And your aforementioned Foxtons issue is beginning to trouble me too… but there’s an inherent cuteness to the Mini that makes estate agents buy them up to make their staff look friendlier (probably), and we should embrace this as a good thing, no? It just means that the second-hand market will be flooded with ‘em in the near future, making them even cheaper to buy.

Chris: Cuteness? You’re such a deluded romantic, aren’t you? It’s not a car, it’s an image. I don’t want to drive a car solely because of how it makes others think of me, I want to drive something because I like driving it. I also have no interest in ground rent, square footage, combi-boilers or high ceilings. And the cheapness is irrelevant, as I wouldn’t have one if it was free.

Dan: I’m not saying I like it for the image. I think it’s a great driver’s car that happens to be quite cute. I think you’re just being belligerent. You want to hate this car. Have you got a stalker who drives a Mini or something? Did a Mini once swear at your mum?

Chris: Too right I am. I’m a Mini purist. I’ve had five and – ignoring the yellow one I angrily cut in half with a petrol saw – they’ve all been brilliant...rusty, but brilliant. Plus, when you’re out and about in an old Mini other Mini drivers flash and wave. Do that in a new Mini and you’ll end up in a road-rage incident, probably after having unwillingly signed the lease for a bedsit in Hove. 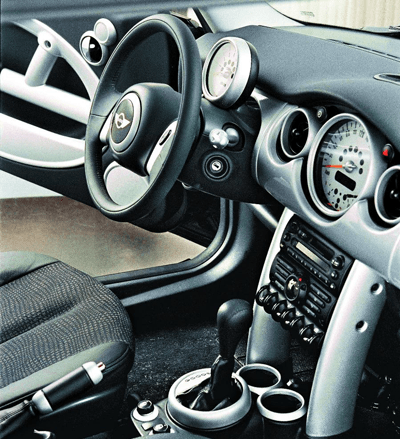 Dan: Yeah, well, that may be the case, but the MINI can satisfy your retrolust to a degree. Look at the interior – it’s a funky marvel! What a fun place to be, it’s all cartoonish and weird. And look, also, at the standard spec: you get ABS, EBD, cornering brake control, a six-speaker stereo, tyre-defect monitor, five three-point seatbelts, 50/50 folding rear seats… all for beer money. And when you open the bonnet, the headlights and half the wings come away with it in one big clamshell! That’s pretty retro.

Chris: You’re grasping at straws, now. You’re going to use the interior and some silly headlights as your closing gambit? Face it, my good man, you know I’m right. A clamshell bonnet isn’t enough to save this car. In fact, you might want to remember that you were harping on about their cheapness a moment ago. I bet it’s not cheap to replace the bonnet on your sub £2,000 Mini after it’s been driven into the lamppost outside Foxtons. As I said, it’s an image, not a car. Plus, the ‘remake’ of The Italian Job was rubbish, and that’s unforgivable. 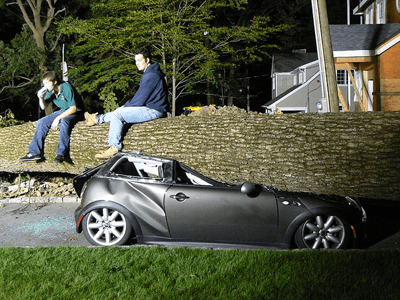 This was never going to end well. Dan thinks the Mini is a thoroughly decent car, and once had a very naughty time in a Cooper S that Europcar gave him by accident. Chris, on the other hand, experiences swells of bilious anger as the Mini relentlessly relieves itself all over the memory of the pocket-sized poppets he loved of old. Neither party will win over the other, this time.

What do YOU reckon to the Mini? Do you love it? Or do you hate it? Or are you simply utterly indifferent? Tweet us or hit us up on Facebook and we'll get a discussion going. Or something.