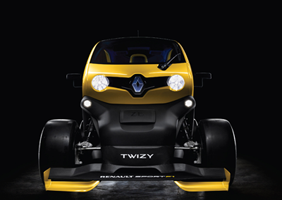 We’ll not often post stuff on car announcements here on Covered mag, but sometimes there are cases which require us to make exceptions. And the Renault Twizy F1 is definitely such a case.

You may well have noticed that we’ve got ‘nuff love for the kooky French quadricycle – and Renault has decided to amplify it by bolting on a bunch of racing accessories and fiddling with the engine to make it go very fast.

This tricked-out example uses the same clever Kinetic Energy Recovery System (Kers) that’s found in today's Formula 1 cars. In case you didn’t know, this system INSTANTLY boosts power by up to six times its standard output. This means that the dinky Twizy F1 – which weighs about as much as a common garden sparrow – can reach 62mph as quickly as Renault’s fastest production car, the  Mégane Renaultsport 265. Oof.

Renault has a bit of previous for making daft F1 variants of its road cars. Readers of a certain vintage may recall the Espace F1 concept – a monster version of the prosaic people carrier which had an 800bhp engine from a Williams F1 car where the seats should have been. It was capable of hitting 60mph in under three seconds.

Anyway, shall we have a closer look at the Twizy F1? 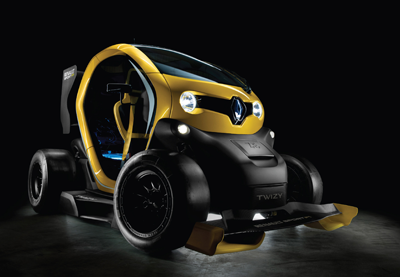 Isn't it wonderful? It's like a little sentient Pixar moon buggy with buckets of 'swag'. 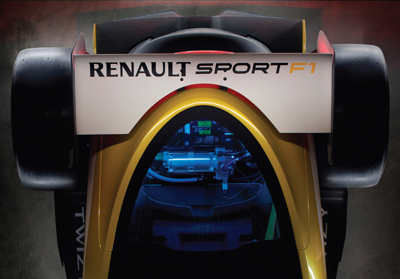 Here's some of that clever engine stuff we were talking abour earlier. You know it's cutting edge technology when there's a blue glow around it. 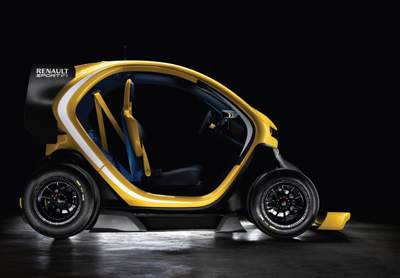 While the Twizy has a bunch of Kers technology in the back, something it doesn't have is doors. As you can see here. 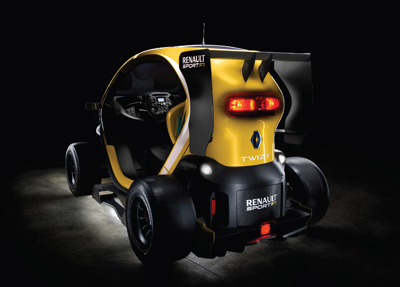 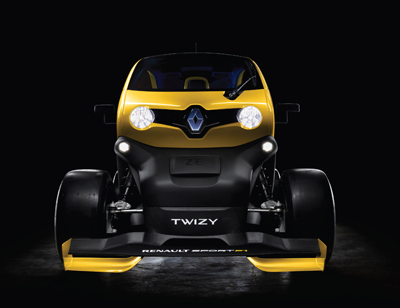 And here it is from the front. Incredible.

Given the recent decision by Renault's Japanese cousin Nissan to build the ker-azy Juke Nismo and R, a production version of the Twizy F1 might not be entirely beyond the realms of reality.

If the automotive gods (or, the Renault board at any rate) do decide that there'll be a roadgoing version, good luck with getting a sensible car insurance quote for it. The bog-standard Twizy falls into a surprisingly high car insurance group becasue of the scarcity of parts out there, amongst other things. That version has 18bhp. When the Twizy F1's booster kicks in, it pumps out around 100bhp. Yikes.