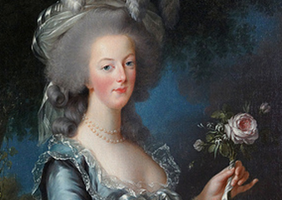 Marie Antoinette - having her cake and eating it

History repeats itself because no one was listening the first time, so the saying goes.

Some people think you can only learn from your own mistakes but, here at Covered mag, we wouldn’t advocate staging a re-run of some of the biggest clangers in history just to prove that they really were bad ideas.

This is particularly true when it comes to your cash so, if you’re about to take a financial step forward, read our guide to some of the most costly episodes of all time and make sure history doesn’t repeat itself at your expense. 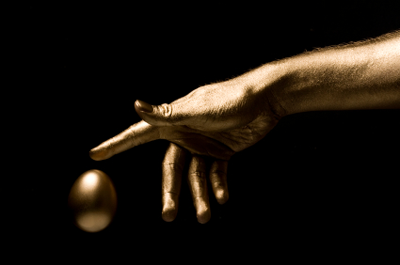 Everyone knows the story of Midas of Phrygia, who was granted one wish by the god of wine and hedonism, Dionysus.

Midas asked that everything he touched be turned to gold, which was great fun until he turned to gold the food he tried to eat, and then his daughter. Luckily that nice fella Dionysus reversed the golden touch by telling Midas to wash it away in the river Pactolus.

All was well again and Midas’ 15 minutes of foolishness have stood as a warning to greedy folk ever since to be careful what they wish for.* So (cliché alert) all that glitters is not gold and sometimes the best things in life really are free or, at least, nice and cheap.

So before you blow the remains of this month’s pay on a stash of lottery tickets, take a peek at Covered mag's Time Off section to see how you can have lots of fun on a budget.

*Parents everywhere will still want to turn their kids to statues now and again, though. 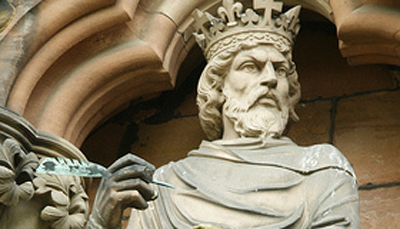 Medieval monarch King John certainly loved sitting in his counting house counting piles of money. The problem was, the money wasn’t his.

Every time old Lackland wanted some more readies to try and win back, say, Anjou or Normandy, he’d simply tax his barons a little bit extra. This worked fine until the barons stopped handing over their hard-earned/menacingly seized cash and instead forced John to sign the Magna Carta, promising not to be so greedy in future.

Clearly he should have paid more attention in economics lessons, instead of wasting his time quarrelling with his brothers.

In contrast, super-saver Antonio Horta-Osorio, CEO of Lloyds TSB recently added another £1.5bn to the cool £5.3bn already put aside for customers who were mis-sold loan insurance. Takes saving for a rainy day to a whole new level, although it would be even nicer if all those policies hadn’t been mis-sold in the first place… 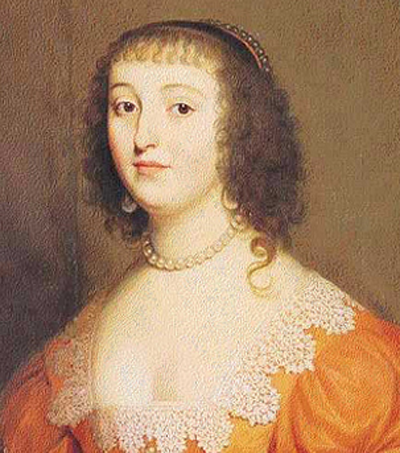 Easily out-glitzing anything Katie ‘Jordan’ Price could cobble together for the shiny pages of the shiniest celeb magazine, Elizabeth of Bohemia’s nuptials were out of the 17th-century world she lived in.

Elizabeth, the 16-year-old daughter of James I, married Frederick V, the German Elector Palatine, on Valentine’s Day, 1613. Elizabeth wore pearls and diamonds in her hair for the ceremony in the Royal Chapel at Whitehall Palace at which she apparently couldn’t stop giggling, and was followed down the aisle by 16 bridesmaids.

The after-party lasted two months and the royal couple, who later became King and Queen of Bohemia, walked away with gifts to the tune of around £1m in today’s money.

Whilst the marriage itself wasn’t a mistake, lasting until Frederick’s death almost 20 years later, we all know that lavish weddings don’t necessarily last happily ever after and a wedding on a budget might be a tad less stressful than trying to keep up with the Bohemias.

But, just in case you’re determined to become a career bride, take a leaf out of Bess of Hardwick’s book. The Elizabethan noblewoman wed four times, each husband proving wealthier than the last until she was the Countess of Shrewsbury and the second richest woman in the land after the queen. 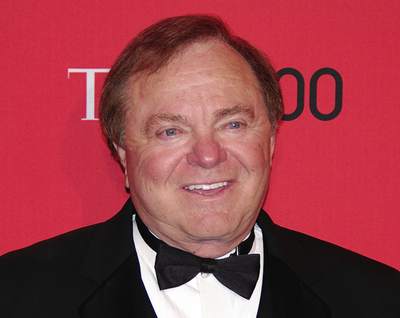 After marriage - at least, for more than four in 10 people in the UK - comes divorce. As things stand, media tycoon Rupert Murdoch appears to wear the crown for the most expensive split in history after allegedly handing £1.7bn to second wife Anna after 32 years of marriage.

But this honour could soon be snatched by oil magnate Harold Hamm, a self-made American worth more than $11bn whose wife Sue Ann has filed for divorce. An economist who helped Hamm build up his Continental Resources company, Sue Ann could be line for about $5bn – which would certainly leave Hamm, a fan of fracking, well and truly stuck between a rock and a hard place. 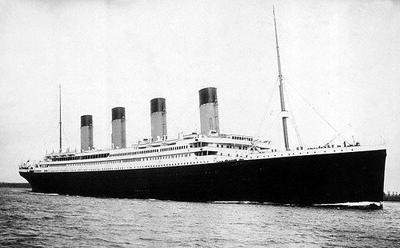 History has White Star Line ship owners boasting that the Titanic was ‘unsinkable’ before she launched in 1912. What White Star actually claimed was that the ship - the largest ever at that time – was practically unsinkable, although admittedly this doesn’t sound nearly as good in a film.

There was no doubt, however, that White Star’s faith in the ocean liner was unshakeable, even though she was neither the most luxurious nor the most technically advanced vessel of the day. Titanic’s Achilles heel was the design of her rudder, which was proportionately small to her scale and not up to the job should the 882-foot ship have to swerve at short notice.

The sinking of the Titanic led to the deaths of more than 1,500 passengers and crew, and the ship lay on the floor of the Atlantic for 74 years before being discovered.

The Titanic cost $7.5m to build between 1910 and 1912, the equivalent of about $400m today. In addition, she was insured for $5m and first-class tickets for the maiden voyage cost up to about $4,000, leaving the claim that she was unsinkable – practically or otherwise – a very expensive statement indeed. 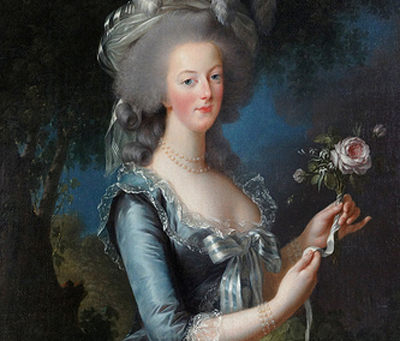 Initially liked by the people of France, Marie Antoinette fell out of favour due to her lavish lifestyle and her tardiness in providing an heir and a spare.

The 15th child of the Holy Roman Emperor Francis I, the Archduchess of Austria Marie Antonia became the Dauphine and later Queen of France by marrying Louis XVI. The problem was that Louis was a bit of a bore who liked tinkering with bits and pieces in his workshop, while Marie preferred balls, gambling and hunting.

She started to gain a reputation for spending too much money, and was criticised for taking more than seven years to have her first child (to be fair, any woman would hesitate given that 18th-century French custom was to invite all manner of courtiers into the bedchamber to watch as the Queen gave birth).

As unrest bubbled and bread prices rose, the politicians tried to curb royal powers. But the Queen dug in her highly expensive heels.

Violence flared and the monarchy was declared over in 1792, with first Louis and then Marie Antoinette going to the guillotine the following year. That she callously declared: “Let them eat cake!” is questionable to say the least, and it seems she continued to give generously to charity as the French Revolution gathered pace. But profligacy and partying proved a recipe for disaster for this queen, whose good name plummeted faster than a very sharp blade falling at break-neck speed.