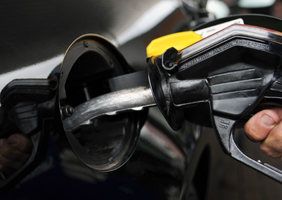 "While the automotive industry is still trying to figure out what to use for propulsion next, the humble diesel is there, plodding along"

Still sore from their last to-do over Formula One, our favourite motoring writers Dan Bevis and Chris Pollitt are at it again.

This time Chris is throwing down the gauntlet… and it’s the good name of diesel he’s hoping to defend.

Now then gentlemen, no fisticuffs, let’s sort this out like adults…

Chris: Diesels? I bloomin’ love ’em. They weren’t always great, I’ll admit, but over recent years they’ve dropped their taxi image and are almost synonymous with being sporty. That’s a good thing, right?

Dan: Urgh. Diesel is the devil’s gravy. I’ve never, ever, in the whole of my life driven a diesel that I’ve enjoyed. They’re clattery, agricultural, smoky, sluggish and, worst of all, misguided: people buy them assuming it’s an economical choice. But various studies – there was one from Glass’s Guides last year for instance - have shown that for the first three-year lifecycle of a number of different new cars, it’s often cheaper to buy a petrol variant.

Also, the UK’s headed for a diesel shortage any time now. So, case closed.

Chris: What was the last diesel you drove? A Sierra 1.8D from 1988? You can't grab a handful of age-old adjectives and throw them at modern oil burners. Modern diesels are refined, smooth and fantastically economical. Yeah, you have a slight point with the economy, but only because diesel costs more than petrol at the pumps.

Over the lifetime of a car though, diesels can be a far better proposition.

Dan: The last diesel I drove was a brand-new Fiesta TDC. It was far from ‘refined’ or ‘smooth’. It chugged and vibrated like there were half a dozen Vespas glued together under the bonnet, and the acceleration was glacial. I mean, dangerously slow. The sort of slow that sees you pulling onto a roundabout into the kind of gap that’d be perfectly safe in a proper car, then finding yourself getting beeped and sworn at as people swerve to avoid your plodding oil-burner. It was horrendous. And yet the petrol-powered Fiesta is a peppy delight…

Chris: ... or you just can't drive them properly. You can't jump into a diesel car and drive it like a petrol one, that's a fact. In your defence, the Fiesta might not be the best example of refinement. But I have a 2012 Renault Megane hire car at the moment. That's a diesel and it's smooth, it has plenty of pick-up and it's generally a joy to drive. Not exciting, but pleasant.

Dan: Questioning my driving ability? Cheap shot. I know how to drive them, and they’re still awful.

Look, I’m aware of Rudolf Diesel’s story, and it’s horribly sad, but it doesn’t make me sympathetic enough to actually drive a diesel-powered car. You can keep telling me that they’re smooth and refined and torquey and blah blah blah, but I’ve never seen any evidence of it. Just point me in the direction of a decent diesel that I can have some fun in.

Chris: Clearly my talk about torque (see what I did there) isn’t enough. This baffles me. Just drive any modern common-rail diesel car, a Golf GT-TDi, a Mercedes, a Mondeo, anything. They’re all wonderful. A company I used to work for had a 130bhp Mondeo diesel as a pool car. It was driven to within an inch of its life, and yet it still soldiered on. It was quick enough, did 50mpg and it only smelled a little bit - though that may be the staff’s fault. And do you not remember the BTCC diesel Seat? Or the Audis which have dominated the Le Mans 24 Hours race in recent years?

Dan: But they’re not that closely related to a road-going diesel, are they? You’ll be citing the JCB Dieselmax next.

I also take issue with your description of a diesel Mondeo as ‘wonderful’. You and I clearly have very different ideas about the concept of wonder.  And 130bhp? In a car that large? That sounds like a recipe for abject tedium. Were you all actually enjoying it, or were your enthusiastic outpourings always prefaced with "no, seriously, it’s all right for a diesel”?

Chris: If that car had been petrol powered, it would have gone weak at the valves and expired some 100,000 miles earlier. Plus, over its lifetime it worked out to be a better investment than a petrol car. Not only in terms of the fuel bills, but also in terms of repairs and other running costs. You can even run some diesels on vegetable oil (It’s probably wise to notify your car insurance company before you do this and check whether or not it invalidates your cover – insurance ed).

While the automotive industry is still trying to figure out what to use for propulsion next, the humble diesel is there, plodding along.  And crucially, the more you use a diesel, the more petrol is left. Imagine not being able to drive a Ferrari F40 because you used the last of the super unleaded in your Seat Leon. Oh, and the Prodigy wrote a song about diesel, proof alone that it’s brilliant. 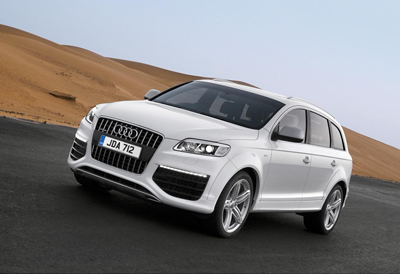 Dan: Look, to be honest, I just feel that life’s too short to drive a diesel. I’m willing to accept some of your arguments, and perhaps I’m being a little harsh on the modern diesel engine, but it just feels like something that’s being constantly justified. Why play catch-up when we already have petrol engines? I’ll just drive a proper petrol-engined car with a proper manual gearbox. I don’t want to drive something which makes me constantly have to say to myself “no, really, it’s good, there’s all that torque and, er, you can thrash it for 200,000 miles and, um, you get decent mpg, er…”

Not for me, thanks. Imagine lying on your deathbed, looking back over your life, and thinking “mmm, I’m really glad I bought that diesel Mondeo, that was frugal”. It wouldn’t happen. 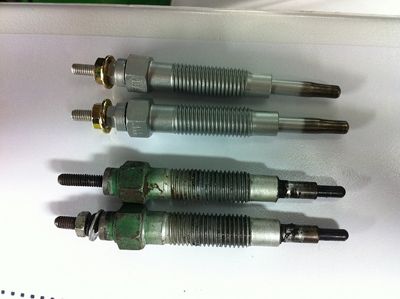 Chris:  I’ve done all I can do here. This time it’s you being the belligerent old stick. Diesels are great and until you move past 1985, you’ll never know what you’re missing out on. We’re at a point where we should be looking at our petrol reserves and putting serious thought into how they should be used. A modern diesel could give you all the fun and excitement you could want, if you buy the right one.

You say a diesel Mondeo isn’t particularly fun – but the petrol equivalent isn’t a wild departure from the oil burner. I liked the clattery charm of the old diesels like my dad’s 1989 Nissan D21 pick-up, so I’m die-hard.

Today’s diesels are a world away from that and they’re even better for it. They can be fast, they can be fun and they can be a joy to own. I’m already aware of that, along with millions of other motorists. It’s you, dear Bizzle, who is missing out on the fun.

Conclusion: Chris is probably right on this one, diesels are good. But Dan’s happy to live in 1985, where whimsy and cheeriness reigned in a luminous haze. Chris wins!