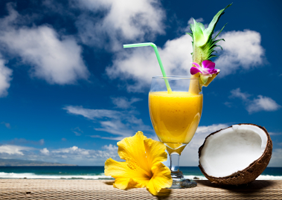 "These scenarios can be avoided if you read the policy documents and take a copy away with you" Caroline Lloyd, Gocompare.com

Having your travel insurance fail to pay out can make a terrible situation even worse. It can also be ruinously expensive if a claim for medical treatment is rejected.

"The main reasons why customers have their travel insurance claims turned down are either because they didn't have the appropriate cover in the first place or because they failed to follow their insurer's guidelines at the time of the event,” says Caroline Lloyd, travel spokesperson for Gocompare.com.

"Both of these scenarios can be avoided if you read the policy documents and take a copy away with you. That way you can refer to the insurer's instructions while you are abroad rather than coming home and finding that you missed doing something important which would have helped your claim go through.”

Not mentioning a pre-existing condition to your insurer

Declaring any existing illnesses will probably make your premium more expensive. But this will be a small price to pay when considering the sheer expense of getting medical treatment away from the trusty old NHS.

If you haven’t told your travel insurance provider that you’ve got a pre-existing medical condition when you take out a policy, you may well scupper your chances of getting any medical bills paid for.

Speaking of medical stuff, if you haven’t got properly vaccinated or treated for your trip – for instance, if you’ve not bothered to take your anti-malaria tablets – your claim may well be given the short shrift.

Not having proof of a theft

According to a bit of research from Gocompare.com, nearly one in 10 travellers will try to fiddle their travel insurance and claim for something which hasn’t been stolen or lost.

As such, insurance companies usually want to see some sort of evidence you owned it in the first place.

So, if you don’t have a receipt, instruction manual or photo of the expensive item, think twice about taking it with you.

If something is swiped by thieves, you need to tell the local police as soon as you can – if you don’t have a police report, then it’s highly likely your insurance company will send you packing when you try to claim.

And while getting on the phone to your insurance company might sound like a sure-fire way to kill holiday ‘vibes’ which are probably already in the doldrums because you’ve had your iPad nicked, notifying them within 24 hours of something going missing is a vital part of getting a claim accepted.

Insurance companies don’t expect you to live like nuns or monks when you’re on holiday. But when there’s a very strong connection between being drunk and the circumstances of the claim, they might decide to wheel out the often-included-but-seldom-invoked 'alcohol exclusion' clause.

So, if you’ve sprained your ankle on a kerb after a relaxed mojito by the beach, you’ll probably be fine.

However, if you’ve done yourself a serious mischief after attempting to leap off a fifth-floor balcony into a swimming pool dressed in full drag while bellowing “awooga!”, not long after you’d participated in the hotel’s yard-of-ale contest, then your insurer might think twice about accepting your claim.

Fancy doing a bit of quad biking, deep-sea diving or spelunking on your trip? If so, then check what your policy will and won’t cover in the event of an injury before you go.

Most bog-standard travel insurance policies will cover activities like parasailing over water, rides on those big inflatable bananas towed by speedboats, or scuba diving down to 30m with a qualified instructor. But if you get up to anything spicier and get hurt as a result, then your insurer might not pay out.

If there’s even a possibility of doing something which isn’t covered by your policy, give your insurer a ring in advance to see how much adding cover for it to your policy will cost. Either that, or consider looking for a policy geared towards more high-octane pursuits.

It’s also worth seeing if you’ll be covered for riding mopeds or motorbikes – most will offer cover for riding anything from 50-125cc bikes, but not anything more powerful. If in any doubt, check your policy.

The World Health Organisation and the Foreign and Commonwealth Office (FCO) give pretty clear guidelines on where you shouldn’t travel to. Some might be quite obvious.

For instance, it’s unlikely that a sunshine break in Helmand will feature on many people's shortlist of potential holiday destinations. But recent events mean that the FCO is currently advising against all travel to some parts of Turkey – an ever-popular destination for British holidaymakers.

Handily, there’s a country-by-country guide on the FCO website. If you’re in any doubt, check there and then give your insurer a ring to see what they say.