Heated debates - The Fast and the Furious 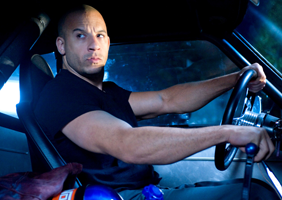 "The cars in Fast and Furious are the heroes so they need to be able to outlive the ordinary, to fly through the impossible. Backwards. Usually on fire"

It’s time for another Heated Debate, with friendly nemeses Pollitt and Bevis squaring up once again.

Thought the diesel debate got nasty? You haven’t seen anything yet. The subject under scrutiny here is: The Fast and Furious movie franchise.

Gentlemen, let’s try not to draw any blood…

Dan: Ok, I know you love these films, but I’ve got three words for you: 'danger to manifold'.

Chris: And then the floor falls out of the car, followed by a million washers and screws. What’s your point?

Dan: That perhaps this fanciful nonsense and lack of attention to detail positions the series somewhere far away from the zenith of quality film-making?

Chris:  You’re missing the point here, aren’t you? It hasn’t grossed hundreds of millions of dollars because they got the firing order on a V8 right. It’s done that because it’s a bit of fun, action and car-based fantasy. If you watch a Fast & Furious film for realism, you’re doing something wrong. 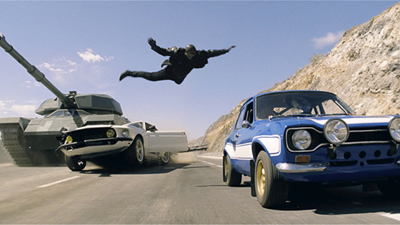 Dan: Hmm. Well, I know what you’re getting at, but the total disregard of reality or logic detracts somewhat from the credibility of events on-screen. The first movie lost me from the off, when the main character kicked off the film by practising driving in a straight line, changed gear about 30 times, then span the car for no obvious reason and stuck it in reverse as he was pirouetting around. From then on, I found it rather hard to swallow.

Chris: Hey, those are the perils of driving a Mitsubishi Eclipse at 140mph. This is a tricky one. If it lost you so early on then you’re obviously not the key demographic. I like the throwaway silliness of it, the fantasy of living as the main protagonists do - driving cars that would make even Jay Leno’s bank manager blush, despite the fact they live in a run-down house in LA.

Crucially, as a fellow petrolhead, you should just enjoy the fact that films like this are being made and are doing well. It’s just brain-off fun. Look, I know that Vin Diesel's '73 Camaro can’t do a wheelstand on dirt, but I don’t care. I just love the spectacle.

Dan: Never let it be said that I don’t enjoy a mindless car film. Don’t tell anyone, but I quite liked the remake of Gone in 60 Seconds. And there is a lot to enjoy about the Fast and Furious films – I’ve seen the first one a few times, and I loved the cars, the thrills, the abject silliness of these reprehensible roustabouts driving such expensive and impressive cars. It just feels like a slap in the face to the viewer that they’d scrimp on the physics to such a degree. And calling that big desert-based drag racing event ‘Race Wars’ seemed a trifle, er, inappropriate. But like you say, maybe I’m not in the core demographic.

For what it’s worth, I rather enjoyed Tokyo Drift, that was a lot less silly. (I mean, it was really silly, but almost believably so.) 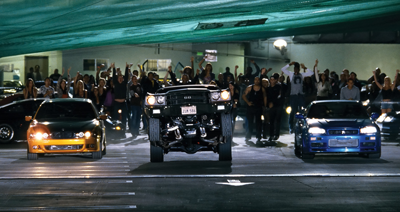 Chris: The physics are the fun though - they’re the fantasy. It’d be a short film if the cars replicated the stamina and rigidity of their real-life counterparts. You like Die Hard, right? It’s the same principle. In reality, Bruce Willis would have died about 14 minutes into the film. The cars in Fast and Furious are the heroes so they need to be able to outlive the ordinary, to fly through the impossible. Backwards. Usually on fire.

These films might be set in the ‘real’ world, but that doesn’t mean they’re not pure fantasy. I can’t drift my Peugeot 605 through Tokyo, but these guys can, and it’s an exciting spectacle to see it.

I’m not going to get my knickers in a twist because they built a show-winning Mustang out of scrap in eight minutes, nor will I moan when a Dodge Charger reappears after clearly suffering thoroughly shell-bending damage.

The films are an exaggerated caricature of car culture. That’s why (in my eyes) they’re great. And with the sixth instalment in cinemas now, and a seventh on the way, I know I’m not alone in thinking like that. 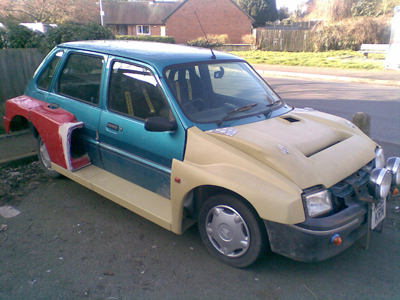 Dan: Ok, let’s get down to a more serious issue. How do you counter the implication to impressionable 17-year-olds with fresh licences that illegal street-racing is normal behaviour? Like in the first movie, when the director makes his cameo as a pizza delivery driver, and he’s given the “street’s closed, pizza boy” brush-off as if he’s the squarest kid in town?

After that movie came out, the modifying scene was packed with orange Supras with F&F-aping graphics – it’s likely that driving behaviour followed suit, no?

Chris: A film isn’t going to make 17-year-olds street race. Blaming these films for that is the same as jumping into “all murderers are murderers because they played Grand Theft Auto” territory. It’s an easy scapegoat, but it’s not true.

I drove like my hair was on fire when I was 17, because I was 17. The Fast and the Furious wasn’t even in the planning stage at that point. I currently drive a Peugeot 605, but that doesn’t mean I’m going to goad Audi S8 drivers into chases a la Ronin, does it?

People don’t do silly things because of impulse; they do them because they’re silly people. As for Supras et al with F&F graphics, more fool them. The graphics were actually a tongue-in-cheek mickey-take of modified cars. Don’t believe me? It’s in the DVD commentary.

Dan: Fair enough. I actually agree with you on all of that. But let’s turn to an even more serious issue: home-brew modifications. The advent of F&F saw a colossal rise in the number of kids with bolt-on spoilers from Halfords – the bigger and stupider the better.

That wasn’t good. But even more worrying – how many botched modifications followed? Not just dodgy nitrous setups, but inappropriate wheel/tyre fitment, loose fibreglass addenda, the implication that it’s really easy to build a race car in your garage overnight?

Chris: I expected more from you, Bevis. Max Power was alive and kicking long before these films came about. People were doing that kind of stuff decades before – do you think every Jaguar independent rear suspension set-up bolted to a Cortina in the '70s was done to a high standard? No.

A film like this isn’t going to change someone’s abilities, but if it gives them the motivation to have a go, then fair play. If they’ve got any brains, they’ll get everything checked out before they hit the roads; if not, then more fool them. But that’s not the film’s fault. Modified car culture is bigger than it has ever been, and it’s not getting smaller.

Yeah, some of it’s a bit rubbish, but that’s their issue. It’s not your Seat they’re bolting a wing to, so leave them be. This film didn’t create that mindset, it just put it on the silver screen – it was there a long time before and it’ll be there a long time after.

What do YOU think? Do you, like Dan, think the Fast and Furious series is largely twaddle? Or do you side with Chris, and think it’s a bit of escapist fun? Have your say on this particularly feisty debate on Twitter and on Covered’s Facebook page.