How to survive festival season 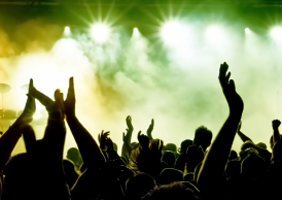 The Quo still knew how to rock a crowd

"Don’t be tempted to buy tickets off touts. Not only will you be paying over the odds but you could end up with a counterfeit ticket, which staff will probably spot"

Festival season is now properly underway. And as well as the famously unpredictable British weather, there are other potential pitfalls you should watch out for.

Here’s our guide on how to swerve the worst offenders.

Don’t be tempted to buy tickets from touts. Not only will you be paying over the odds but you could end up with a counterfeit ticket, which staff will probably spot. You’ll also not be able to get a reimbursement should the event be cancelled, as has happened to this year’s Hop Farm festival in Kent, which was due to be headlined by My Bloody Valentine and Rodriguez.

If you buy from an approved seller and the event fails to go ahead, you should get a refund either from the seller or the event organisation itself. Should one not be forthcoming, you might be able to put in a claim to your credit card provider, under Section 75 of the Consumer Credit Act, if you paid by credit card and the face value of each ticket was £100 or more.

If you paid on a debit card or each individual ticket costs less than £100, contact your card provider and ask them to deal with your claim under the Chargeback scheme.

This is a lesser-known right we all have, and, although it’s not enshrined in law as with Section 75, you should get reimbursed providing the seller admits that it couldn’t deliver on the sale.

Travelling to and from some of the most popular festivals can be a bit of headache, particularly if you leave it until the last minute.

If you are planning to take the train, get online and book your tickets as early as possible. The later you leave, it the more you’ll probably have to pay.

If a group of you are travelling by car, consider giving one of your passengers a spare key. When all the fun has ended, you don’t want to be left rummaging around in the mud for lost keys. Without key cover, you could be looking at a hefty call out charge to ferry you and your car home.

The British weather is nothing if not unpredictable, so pack a waterproof jacket and boots – it might not win you any fashion awards, but it’s a better look than hypothermia. Likewise, it’s possible that the gods could shine on you, so pack and regularly apply suntan lotion to avoid looking like a strawberry and being in severe pain.

Aside from the weather, don’t forget to carry bottled water, which you can replenish when you run out. There are usually drinking water taps on site, so make use of them. It’s easy to get dehydrated, especially if it’s a hot day and you’re a frequent visitor to the beer tent.

Bring some cash; don’t just rely on plastic. There may be ATMs, but they’re usually the sort which will charge you for the privilege of taking out your own money. The queues are likely to be as long as they are for the chemical toilets, too.

While on the subject, it’s a good idea to pack some loo roll and a torch if you can’t go the whole night without visiting the facilities.

As for your cash, keep it in a money belt or in a number of different pockets – pickpockets and thieves often operate at music events and you don’t want to make life easy for them

Food and drink can be expensive, so it’s always worth taking some with you. Don’t take fresh fish or meat – it’ll go off and could give you food poisoning. Stick to tinned grub and fresh fruit and, where possible, pack it in airtight containers so the ants can’t take a free bite.

Finally, don’t forget any medication you require (keep it in a cool bag if you usually keep it in the fridge).

Oh, and you might want to think about taking some contraceptives too. Because you never know...

The subject of padlocks is one which divides festival goers. Some say they’re essential to keep ne’er do wells out of your temporary home. The other school of thought is that thieves won’t be deterred by a padlock and will end up slashing your tent to get in anyway – leaving you exposed to the elements.

In any event, it’s best to leave your valuables at home. Don’t leave anything in your tent that you can’t afford to lose or have stolen and, where possible, keep them in your sleeping bag when you’ve turned in for the night.

If you drove to the event, keep phones, cameras and other valuables locked out of site, ideally in the boot of your car. If this is an option, also empty your glove compartment, leave it open and put its contents in the boot, along with any sat-navs or MP3 players.

Festivals should be a hedonistic highlight of the summer, but things can go wrong and not even a packet of wet-wipes or a fresh pair of dry socks will save the day.

Insurance is something to check out before travelling. Scrutinise your household contents insurance to see whether it will cover you for loss of belongings outside the home, including mobile phones. If the cover is not sufficient you can usually upgrade and receive additional, essential cover for your weekend away, for a relatively small extra premium.

Most of us only think about travel insurance when we’re going abroad – which is a must – but even if your festival is on home ground, it may be worth spending a small sum (probably no more than £10) for the added protection.

Travel insurance may be an inexpensive way to get your possessions covered if you live with your parents and their household insurance won’t cover your valuables.

A couple of points on pitching up. Try to avoid low ground – you’re better off putting up with a bit of a climb or sleeping on an incline than waking up knee-deep in murky water.

Whatever you do, remember where your tent is – it’s a good idea to make a few mental notes of landmarks around the place. You really don't want to stagger back to the camping field with no idea of where you pitched your tent. Spending the wee small hours wandering around in the dark trying to find your nice, warm, dry sleeping bag is the last thing you’ll feel like doing, especially if you have another day of revelry ahead of you.