How your occupation could affect your car insurance 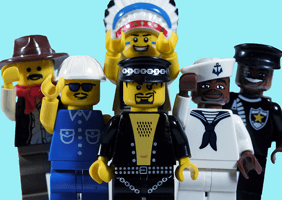 What does your occupation say about YOU? (Picture: Fallen Tomato)

"It’s important to be as honest and as accurate as possible when it comes to your insurance" Scott Kelly, Gocompare.com

What does your job title say about you? Well, quite a lot as far as your car insurance provider is concerned.

That’s the findings of new research from Gocompare.com, which has discovered large discrepancies in the prices people in similar-sounding occupations pay for car insurance.

Take the building trade – ‘bricklayer’, ‘builder’ or ‘construction worker’ seem fairly interchangeable. But quotes carried out on Gocompare.com state that the average premium for a construction worker could be £89 more than that of a bricklayer.

In offices, there is a £50 discrepancy between ‘office assistant’ and ‘office administrator’. And there's also a huge £324 gulf between what 'dancers' and 'exotic dancers' could pay for an annual car insurance policy, based on the cheapest quote returned by Gocompare.com.

Scott Kelly, head of motor at Gocompare.com says: “When meeting new people or talking to friends we’re sometimes guilty of making what we do for a living sound more impressive than it actually is. But when it comes to your car insurance, the way you describe your job can make a big difference to the price you pay for your cover. That’s why when looking for insurance it’s worth considering what your job role is and which of the titles available best describe what you do.

“For some occupations there may be several job titles available that accurately describe your job. For instance, if you work in an office there may be a range of titles that describe your job, like ‘office administrator’ or ‘clerical assistant’, but our findings showed a difference in car insurance costs of around £50 between the two titles."

Of course, making up a bunch of nonsense about what you do for a living isn’t advisable. “It’s important to be as honest and as accurate as possible when it comes to your insurance," says Kelly. "Being dishonest with your job title, like saying you’re a teacher when you’re actually a footballer, could result in any claims you make being rejected or even your insurance being cancelled, which will prove far more costly than what you’ll save by playing fast and loose with your job description.”

Clash of the titles: the gulf in car insurance prices for similar-sounding jobs

Gocompare.com ran a series of quotes in which the only change was the occupation of the driver. Occupations were chosen which could be interchangeable depending on what the person actually does as part of their job.

In each case the driver was a 26-year-old, living in Bath and driving a 2007 Volkswagen Golf Sport 2.0 TDi. For each occupation, the average car insurance cost was based on the top 10 cheapest quotes that were returned.