The dos and don'ts of asking for a pay rise 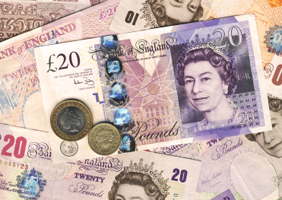 "A negotiation is not a one-way street – your boss is more than justified to challenge your request" James Lock, Communicate

When 28-year-old Nathan Collins wanted a pay rise, he waited until the whole team was out for work drinks before yelling his request across the bar to the MD.

“I was a bit drunk, but basically told him that I’d been working my a** off, and that my pay didn’t reflect that. He agreed and sorted it straight away, even backdating it a couple of months.”

Now, this isn’t the most conventional (nor recommended) approach to asking for a pay rise, and Nathan concedes the happy outcome was a “pretty uncommon thing to happen” (understatement), but the episode does bang the drum for the old adage ‘if you don't ask, you don’t get’.

Yes, these are austere times, and as such many workers would rather keep schtum than risk rocking the boat and putting their heads on the chopping block, but companies with longevity at the heart of their business strategies will look to retain and nurture talent. It’s a two-way street; if an employee feels valued they’ll do their best work, which of course benefits the business.

Ed Hussey, head of HR at accountant Menzies LLP, says that in the current climate your best chance of success is demonstrating you’ve added value to the business. “After several years of pay restriction in the economy, the days of the habitual ‘cost of living' increase are over. When we give advice to business owners, we tell them to consider a pay rise as they would an investment decision,” he says. “In other words, they’ll agree to it if they can see a return in retaining and motivating someone who really delivers. If that’s you, then make your case on that basis.”

It’s not as simple as marching into your boss’s office and demanding a raise, though (no matter how plastered you get them on a night out). You need to demonstrate your worth to the company, and present your request as a sensible business strategy: “Because I want more money” isn’t a good enough reason, surprisingly. So behold our list of definite-dos and dear-god-don’ts before you make your case.

Remember, the squeaky wheel gets the grease!

Threaten your boss with another job offer

Telling your boss you should get a pay rise because you could get a better-paid job elsewhere is like threatening to leave your girlfriend if she doesn’t make you a sandwich. It’s a bad move and shows you’re not committed to the role, or the company – so why would they go out of their way to meet your request?

As Simon Swain, co-founder of Hiring-Hub.com says, “Doing this will just antagonise your boss. They’ll be happier if you come to them to discuss pay before you start looking for a new job, rather than trying to use a job offer as leverage to get more money.”

Compare your salary with your colleagues

So, your workmate gets paid more than you – that doesn’t entitle you to the same salary. Pay is often based on performance, so why should you get a raise based on the hard work of someone else? However, if you can demonstrate that you’re delivering equal (or, preferably, more) value to the company than your higher-paid co-worker, then you can you slip it in to the conversation.

We’ve all got bills to pay and debts to clear, but whinging about your financial woes is not a good enough reason to warrant a pay rise. As Simon says, “Your employer is exactly that: your employer. They pay you a fair wage to do a job. A good employer should care about your welfare and wellbeing, but it is not their responsibility to look after every aspect of your life.”

Bang on about market research

Market research is a must (see below), but it should only be used to support your argument for a raise, not to form the basis of it. All the research in the world might tell your boss that someone in your position ‘should’ be earning more, but that’s totally irrelevant if your performance isn’t up to scratch.

Ask for the moon on a stick

If your boss is open to the idea of a pay rise, they’re likely to ask you how much you have in mind.

This is a pretty icky question to answer – you don’t want to sell yourself short, but you don't want to over-price yourself, either, and blurting out a big number could put bosses off entirely.

Again, know your market value, and consider rethinking your beliefs about remuneration altogether.

If a raise in monetary terms is out of the question, ask about getting a health care plan or gym membership, for example. Or maybe even an extra day’s holiday?

These things take a bit of financial strain off your wallet, don’t cost the business so much, and show mutual appreciation from both parties; you’re a team player, they’re a caring employer. Everyone wins.

The question is not why you want a pay rise, but why you deserve one, and beyond that, why your employer should be paying you more.

Create a strong base of evidence that includes personal performance data – successful projects driven by you, praise from clients and colleagues, instances where you’ve gone above and beyond, cost-saving initiatives you’ve spearheaded – as well as market research indicating how other companies pay same-level employees.

What reasons might your boss give for saying no, and what tricky questions might they ask you? James Lock, founding partner of recruitment agency Communicate suggests a few points to consider: “A negotiation is not a one-way street – your boss is more than justified to challenge your request. Tough questions such as ‘Will you leave if we can’t offer more?’, ‘What has prompted you to ask for a salary uplift?’, ‘Do you really warrant that kind of money?’ and ‘Do you think this is appropriate in these market conditions?’ need to be considered.”

Schedule a meeting with your boss to discuss the issue exclusively (and never ask for a raise via email). Project discussions, bad performance reviews and last thing on a Friday afternoon are not good times to bring up the subject.

Ideally, make your case during a strong period for the business, and before any forthcoming budgets are finalised. Also, as James says, “Don’t enter into negotiations prematurely. A salary is not something which can be negotiated every month; you are likely to have one shot at this a year. Don’t waste the opportunity by entering into negotiations that are unwarranted.”

Have a practice run

Don’t let the first time you utter the words “I’d like a pay rise” be during the meeting itself. You need to practice the spiel, account for any curveballs and prepare for potential obstacles beforehand. Rope in a trusted friend to do a dress rehearsal with you, and ask them to throw in a few unexpected questions so you have the chance to improvise.

Don't throw your toys out of the pram if your boss says no. If they turn you down, they’ll give a reason why. It may genuinely be down to budget constraints, and if you've made a good case you’ll be remembered when things pick up. If it’s because of other issues – your performance, for example – take it on the chin. Thank them for their feedback, make a concerted effort to turn things around and use it as an opportunity to demonstrate growth when you ask again further down the line.