Farewell to the Volkswagen Campervan 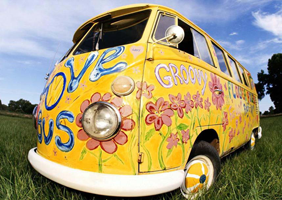 The subtle approach was always a favourite amongst VW campervan owners

"The idea for a transporter came during a trip by Dutch importer Ben Pon to the VW factory in Wolfsburg after the war, when he saw flat vehicles based on a stripped-down Beetle chassis being used to move parts around the plant"

It's the end of the road for the campervan, with Volkswagen putting the brakes on production of the eye-catching icon.

For some time the top transporters have been made only in Brazil, and at the end of the year they'll stop being made altogether due to increasingly strict safety legislation which isn't exactly compatible with their classic design.

Launched all the way back in 1950, the campervan is the longest-running vehicle in the history of motoring - and certainly one of the most popular.

From celebrity fans such as actor Martin Clunes to the Sunday drivers pootling along coastal roads as soon as the sun pops out, thousands of motorists either own a Dub or aspire to.

Retirement after 63 years is certainly well deserved, so as the campervan chugs off into the sunset, cheerfully throwing up clouds of dust behind it, Covered takes a look back at some of the Bus's best bits: 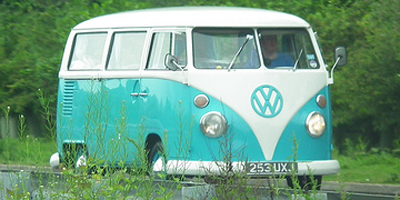 Still the most coveted - and the most eye-wateringly pricey - is the Splitscreen, with its distinctive divided windscreen.

Despite being the original camper, it's slightly confusingly called a Type 2 T1, the Beetle being Volkswagen's Type 1.

The idea for a transporter came during a trip by Dutch importer Ben Pon to the VW factory in Wolfsburg after the war, when he saw flat vehicles based on a stripped-down Beetle chassis being used to move parts around the plant.

In 1950 the first panel vans were launched in two forms, the Kombi - essentially a people carrier with removable seats - and a commercial version.

These were soon followed by the Deluxe Microbus, a luxury ride for eight people featuring a sunroof and the striking two-tone colour scheme.

Over the years Splitties have had all kinds of uses, from mobile sweetshops to funeral hearses, but Covered's favourite Split moment has to be super chef Jamie Oliver's attempts to toss a salad in his for Top Gear whilst being driven exceedingly fast by the Stig. 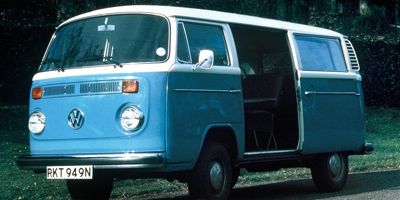 Not quite as charming as the Splitscreen, but a very close second, comes the Bay window, named because of its panoramic single-screen windshield.

Made between 1967 and 1979 and with subtle differences between 'early' and 'late' models, the Type 2 T2 retains that classic campervan appearance whilst introducing 'mod' cons such as 12 volt electrics and, from 1972, a more powerful engine.

Whilst VW built the basic transporter, companies such as Westfalia, Devon and Danbury carried out the conversions, resulting in an almost endless variety of pop-top roofs, cupboards and convertible beds, not to mention decor in fetching '70s oranges, mustards and olive greens.

Covered can personally vouch for the fun to be had on a family road trip in a Bay - unless you're the family in 2006 film Little Miss Sunshine, that is... 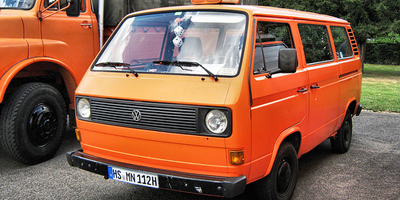 The shape got boxier and the name yet more confusing as the third generation Type 2 was introduced in 1979.

The sense in calling it the T3 was somewhat undermined by the fact it's also known as the T25 in Britain and Ireland and the Vanagon in America and Canada.

It was also referred to as 'the Wedge' - but that's kind of self-explanatory when you look at them.

Early versions were air-cooled like the Splitscreen and the Bay, but in 1983 a water-cooled engine designed for the American market was introduced.

With the new, sharper shape moving away from its previous 'hippy' associations, the T3 divided opinion (and still does), yet with it Volkswagen cleverly made sure that the campervan survived into the modern era of motoring.

Here at Covered we're not sure what it is about these celebrity chefs and their vans, but in the BBC2 show Rick Stein's Spain, the eponymous chef borrowed a mate's T3 to drive around, well, Spain, of course, and do some cooking. 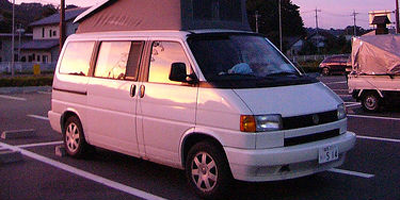 In 1990 the campervan was given a dramatic overhaul in the shape of the T4, which finally had the front-mounted engine that Volkswagen had been thinking about for some time.

The T4 incorporated microwaves, ovens and even showers, as well as electric hook-ups, and became so popular it remained in production for 14 years, the second-longest run after the Split.

With many regarding the T4 as more reliable than its successor, the T5, owners are as devoted to their model as Split, Bay and T3 enthusiasts.

Particularly popular is the California, a Westfalia conversion introduced during the last years of the T3 and which really took off in the 1990s.

With the end of Volkswagen's 53-year partnership with Westfalia in 2004, VW took over production of the 'Cali', as it is known, and it remains the only camper actually factory-made by VW rather than being converted by a specialist. 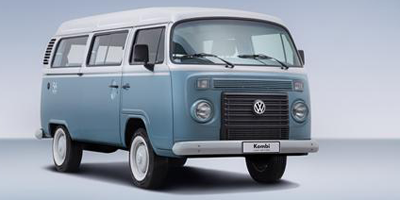 If you've always dreamed of rolling down the road in a desirable 'Dub but fear you've missed your chance, the good news is that Volkswagen has come up with a fabulous limited edition to mark the end of production in 2013.

Amalgamating classic VW design with MP3 sound systems and USB ports, this final fling is a fitting way to wave ta-ra to the transporter.

If this puts you out of the running, why not set your sights on a slightly more affordable alternative, which certainly beats squeezing a family of four into one small pull-out bed and overhead hammocks of questionable safety. It's not as smooth on the motorway, though.

What are your VW campervan memories? Let us know on Twitter or on our Facebook page . We'll be retweeting the best.