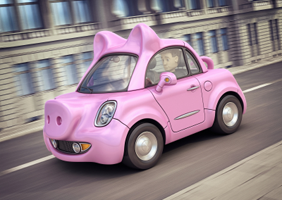 Current account switching is set to get a whole lot faster

"At the moment, it takes anything between 18 and 30 days to change current accounts. From 16 September, it will take just seven"

The Financial Ombudsman receives more complaints about current accounts than any other financial product outside of Payment Protection Insurance.

Despite widespread dissatisfaction, only 40% of people have ever switched current accounts, according to research from Gocompare.com.

This could all be about to change dramatically, after one of the biggest shake-ups in personal banking for some time came into effect on Monday.

The Current Account Switch Service will dramatically slash the time and effort it takes to switch current accounts, meaning that millions of customers who have stuck with a bank they’re unhappy with could potentially bid it a not-so-fond farewell.

Prior to September 16 2013, it took anything between 18 and 30 days to change current accounts. From today, it will take just seven.

Another potential boon under the scheme is that regular payments are guaranteed for 13 months, so it’s highly unlikely that something will slip through the net, causing missed payments and charges. The same goes for incoming payments – anything going into your old account will be caught and redirected to your new account.

The good news is that you won’t have to ring your bank, either. All you need to do is apply for a new account and the bank or building society you’re moving to will take care of the switch for you.

In turn, this means that banks will be falling over themselves to get you signed up – and when this happens, the consumer usually stands to gain.

In many cases, there are even cash incentives for customers to switch.

For instance, First Direct is currently offering £125 to switch to its service. Meanwhile, Halifax is offering £100, plus an additional £5 a month if you meet the bank's criteria.

As if that wasn’t enough, RBS (and subsequently NatWest) along with Halifax have launched cashback schemes which could see customers earn up to £108 on their regular spending.

People bank with certain firms for a variety of reasons, many of which may seem ridiculous in hindsight.

For example, it may only have been possible to get a mortgage with a particular lender if you also banked with them. Sometimes, having an account with a particular bank meant that your pay would get processed quicker. People might have signed up with their bank when they were a student, or even in school.

Because switching has seemed like such a chore, customers have stuck with these accounts, even if they could be getting better service and incentives elsewhere.

The Current Account Switch Service will hopefully signify the start of a new era, where customers can openly explain the way they use their account then ask “how much will you pay, reward or charge me for running it in this way?”

For more information on switching current accounts and on the new seven-day switch service, check out this handy guide