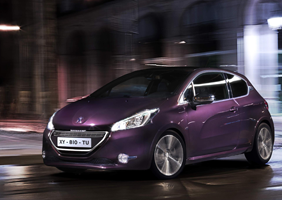 The 208 has had some illustrious (and not-so-illustrious) forebearers

"The 205 was looking a bit dated by the late '90s and, while the 206 may look mundane today, its appearance was little short of shocking back in 1998"

The French are really good at making hatchbacks. That’s a gimme.

Renault 4, Citroen Visa, Talbot Samba… they all represent that magical concatenation of lightness, perkiness, frugality and practicality. And the top-of-the-line models usually end up with a racy engine and all kinds of jazzy trim too – so whether your bag is taking ducks to market, prancing up the Champs-Elysees or redlining down your local B-road, there’s something for everyone.

Peugeot are arguably the ones who really nailed the formula with the series currently represented by the 208, starting with the perennially popular 205.

Here, we take a look at just what they were up to, and how the legend evolved into the feisty 208 that’s proving so popular in 2013… 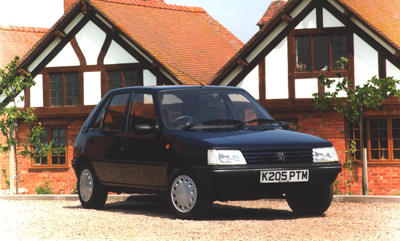 It was the car that turned Peugeot around – they were seen as the more conservative of the French ‘big three’ (the other two being Renault and Citroen, of course), but the 205 was a sassy little number with a wide range of engines, a Tardis-like boot and a surprisingly pleasant ride.

The meat-and-drink of 205 sales lay in modestly engined runabouts for new drivers and small families. However, there were two spangly jewels in the crown: the diesel-engined versions used the unbreakable powerplants from the Citroen BX and will still be going long after you and I are in the cold, cold ground. And, of course, there was the fabled GTI… 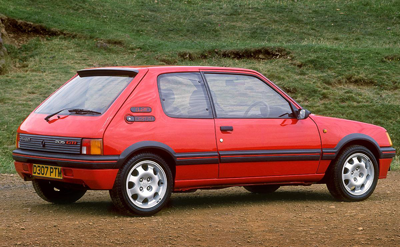 It wasn’t the first hot hatch, but for many it was the best. Debuting in ’84, the 105bhp 1.6 GTI came with bright red carpets, chunky plastic arches and a boisterous attitude. But it was the launch of the 130bhp 1.9 GTI in 1986 that cemented its reputation as a legend.

The handling was and is sublime, and its trademark look has it waving a rear wheel in the air under speedy cornering. Sure, they’re a bit flimsy and rattly, but that’s all part of the fun.

In period, they were referred to simply as ‘one-point-nines’. Uttered in a hushed and revered tone, everybody knew what you meant.

This is probably the best TV ad for the model… because it’s weirdly gross. 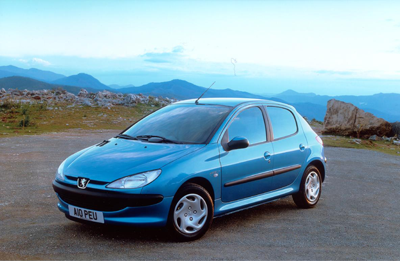 It was a risky business calling this model 'the 206’. People would inevitably draw parallels with its predecessor, a car that played a central role in the upbringing of millions. To live up to the hype, it had to be really, really good.

And was it? Um, yeah, it wasn’t bad at all. And to promote it, they created this – one of the greatest ads of, well, ever.

To be fair, the 205 was looking a bit dated by the late '90s and, while the 206 may look mundane and mainstream today, its appearance was little short of concept-car shocking back in 1998. The swept-back headlights, the Twingo-esque asymmetric bonnet vents, it was a riot of quirky detail.

It mirrored the 205’s ethos of being first and foremost a cheap runabout with small, sensible engines, although Peugeot have always been keen to capitalise on the kudos of their halo models - so yes, of course there was a GTI. 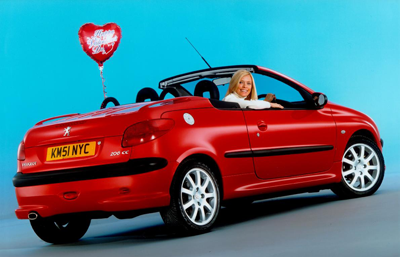 The 206 CC (short for ‘coupe-cabriolet’) had a folding metal roof, and offered inexpensive wind-in-the-hair motoring with Peugeot reliability. They sold like gateaux chauds, despite having a wilfully odd boot with weird stripes and what look like carry handles at the sides.

They’re not particularly dynamic, and they’re not all that practical… but people seem to like them, and you can get a good one for about £1,500 now. A cult classic. 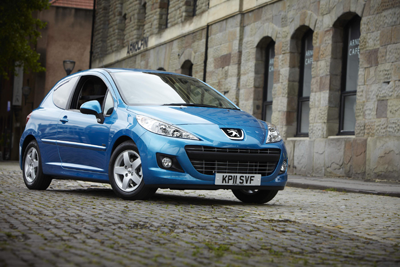 Oh, dear. This, er… this isn’t very nice, is it? Don’t get me wrong, I’m sure it has myriad benefits, but I struggle to see past that enormous froggy mouth.

On the day that the 207 was launched back in 2006, unions representing the workers at the pencilled-for-closure Ryton plant launched a campaign calling for a boycott of Peugeot and Citroen products. An ignominious start. 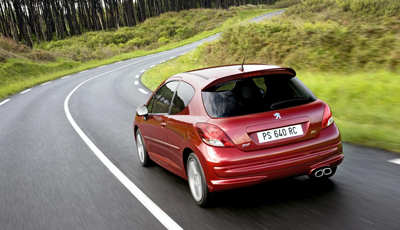 The 207 still sold very well, though – that age-old story of inexpensive runabouts that are cheap to pootle around in, you see. The very thing that the French car industry is great at.

They did a GTI, they did a CC, but… meh. Look at it. This, it’s sad to say, is the look of a manufacturer that lost its way. (Although, again, the ads were pretty good.) And they stuck with the 207 for six whole years. Shall we move on to something brighter? 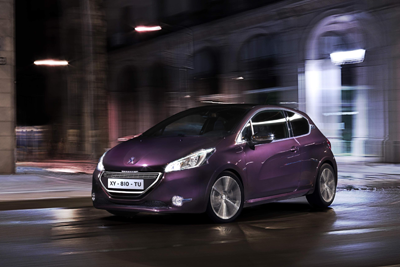 Ah, the 208. What a wonderfully refreshing piece of design that is! It was starting to feel like Peugeot were stuck in a plasticky rut with the ever-lengthening tenure of the 207 and 308, but thank goodness for Pierre Authier and Sylvain Henry, the chaps who made this look the way it does.

It’s a genuinely cool little thing, and represents a bold step forward for Peugeot; the sensible end of the range features advanced three-cylinder engines, the diesel will supposedly return 83mpg, and the GTI… well, that’s rather special. 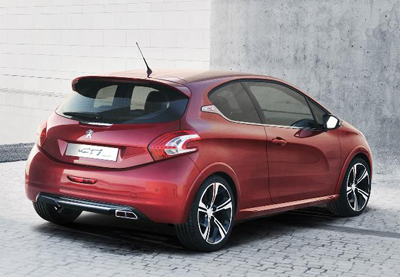 And just check out this advert. Now THAT, folks, is how you sell a car.