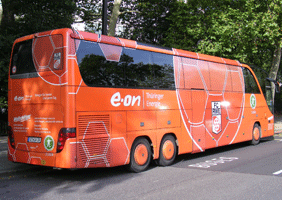 "There are more than 25 energy companies to choose from in the UK, so householders should take the time to compare tariffs" Jeremy Cryer, Gocompare.com

The company's price increase is the lowest of the big six and takes into account recent government changes to green levies, which are being removed from energy bills.

"There's been a lot of talk this week of energy bills coming down thanks to the deal struck between the government and energy providers," said Gocompare.com's Jeremy Cryer.

"But the fact remains that people's bills are still going up, like they have been for several years, only not by as much. Households have still been dealt a blow this year by Britain's biggest energy providers and their unwelcome winter price hikes.

"But people can limit the impact of price rises, and certainly don't have to put up with the big half dozen's antics. They may be the biggest but these six suppliers aren't necessarily the best, and they aren't the only choice open to consumers.

"There are more than 25 energy companies to choose from in the UK, so householders should take the time to see if they can protect themselves against higher than necessary energy bills by comparing tariffs and finding those that suit their particular circumstances.

"It takes all of five minutes to make sure you're on the right tariff for you using a comparison site, and if you're not you can switch to a new supplier and could save as much as £300."**