What are the alternatives to the 'big six'? 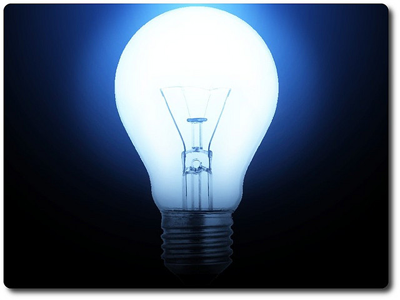 Is there a better energy provider and tariff for you? (Photo: 'Caveman Chuck' Choker)

You may have noticed the so-called ‘big six’ energy suppliers racking up a lot of headlines recently - and with good reason, too.

The papers have painted them as the pantomime villains of 2013 in the wake of recent price hikes and the British public can’t wait to throw (metaphorical) rotten tomatoes at them. Cease fire, though; there's a better way to show them what you really think.

There are a handful of smaller energy suppliers that top the customer satisfaction polls and that could even save you some money. Instead of spending your time on customer service helplines showing your dissatisfaction, think about voting with your feet and seeing if you can get a better deal.

Jeremy Cryer, head of product development at Gocompare.com, said; “Many people stay with their current energy supplier because they think it’s easier than switching, but swapping providers could save you money and give you a higher standard of customer service. There are lots of different providers to choose from, so shop around and find a company and tariff that’s right for you.”

Topping the Which? Switch energy satisfaction survey for two years in a row is Good Energy, promising ‘energy that’s twice as nice'.

Using the pesky British elements of Scottish wind and Welsh rain as well as the beautiful Cornish sunshine, Good Energy transforms our changeable weather into 100% renewable energy for homes and businesses. As the company generates its own power, Good Energy claims to have more control over costs than some of its larger competitors.

The UK’s only not-for-profit energy supplier, Ebico charges all of its customers the same rate and they only pay for the energy they use, meaning that there are no standing charges.

As a certified social enterprise, Ebico aims to help people who are at risk of fuel poverty by improving the energy efficiency of low-income households. Ranking third in the 2013 Which? Switch energy satisfaction survey, the model seems to work for Ebico's customers.

Miles Brignall from the Guardian said: "It's not often you come across an ethical supplier of gas and electricity that is also a best buy."

Ovo Energy claims to tell it like it is and treat customers fairly. Their upfront website strapline reads ‘Cheaper. Greener. Simpler'.

The company offers two simple energy tariffs; a ‘New Energy Plan’ which is comprised of 15% renewable energy (higher than the UK average) and a ‘Green Energy Plan’ made up of 100% renewable energy. Their fixed pricing means that even if energy prices incur a hefty increase during your 12-month fixed contract, your bank balance won’t bear the burden of it; of course, your bill will depend on usage.

Ovo customer Helen from Swindon said: “Ovo is simple. Two pricing plans. No fuss, no drama and no degree in applied mathematics necessary to understand the statement! This is why I switched. Simple is good.”

Hailed as the world’s first green electricity company, Ecotricity is proud of its customer service and holds second place in the Which? Switch energy satisfaction survey of 2013 to back it up.

Boasting of turning ‘bills into mills’, the firm has no shareholders and claims to use all of its profits to build new sources of green energy - so-called ‘Sun Parks’ aim to harness the ever-elusive British sunshine. They also make a ‘Frack-free promise’ as they endeavour to build 'Green Gasmills' throughout the UK and steer away from burning fossil fuels.

Ecotricity customer Katrina said: “It was a complete no-brainer - guaranteed clean electricity at no extra cost to me! I really can't understand why anyone would stay with any of the big six. Plus, when I phoned up to enquire about switching the supply to my flat, Ecotricity were so friendly and helpful."

Said to be standing up against the big six energy suppliers - calling them out on their ‘confusing’ tariffs and ‘woefully poor’ service - is First Utility.

The company believes it can provide a better price than the larger UK energy providers and offers three straightforward energy tariffs. Its iSave everyday option guarantees that you will be paying less than on a big six standard tariff. First Utility  placed 11th in the Which? Switch energy satisfaction survey of 2013.

"It really got to me that the big energy companies were raising prices just as it got cold," said First Utility customer Mike, from Macclesfield. "I looked at the smaller providers and First Utility offered a great deal, and they treat me with respect."

Research by Gocompare.com found that nearly nine out of 10 households have been unable to save money on their gas and electricity bills by taking energy-saving measures, so it’s not just a case of turning off your lights or heating.

Switching to a better tariff combined with implementing energy-saving tips is one of the best ways to help your bank balance. And remember, when it comes to energy providers, bigger isn’t always better.