A short history of... the Winter Olympics 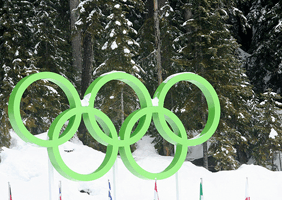 The Olympics, but in winter (Photo: Megan Mallen)

The Winter Olympics is better than its summer counterpart. I’ll take skeleton, luge, ski jumping and, er, curling, over marathons, synchronised swimming and power-walking any day of the week.

But what are the roots of the globe-straddling spectacle of sporting excellence which is about to kick off in Sochi? 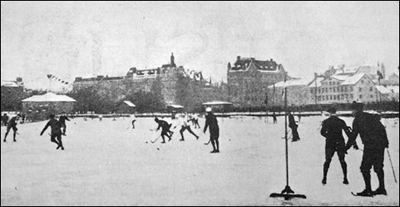 The precursor to the Winter Olympics we see today was the 1901 Nordic Games, held in Sweden.

It showcased many familiar events which you still see in 2014, like ice hockey, skeleton, ski jumping and, of course, curling.

Ideas for a recognised winter version of the Olympics were kicked around before the cancelled 1916 Berlin Games. However, they were put on ice – so to speak – with the outbreak of World War I. 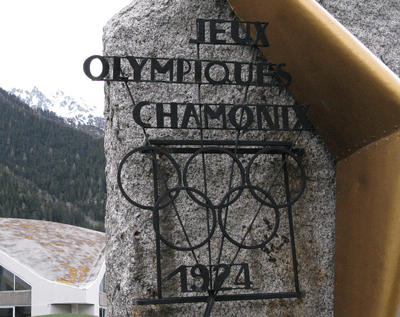 In 1924, the first formal Winter Olympics were held in Chamonix, France. There were nine events including ‘military patrol’ – the combination of shooting and Nordic skiing, which would become today’s biathlon.

Four years later, the Winter Olympics went to St Moritz, Switzerland. The opening ceremony was blighted by a blizzard  - mercifully, some might say. Then, to make matters worse, there was unseasonably hot weather thereafter. 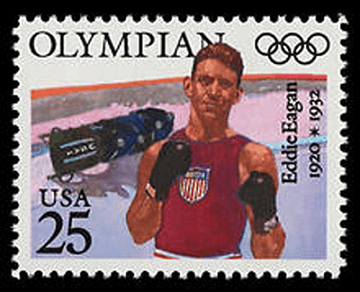 The Winter Olympics headed to America for the first time in 1932, when it was held at Lake Placid, New York. A unique feat was achieved by American Eddie Eagan at this Games.

The Denver native had won gold in boxing at the Antwerp summer Olympics in 1920, and when he was a part of the US bobsleigh team that romped to glory in Lake Placid he became the first - and so far only - person to have won gold at both summer and winter Games. 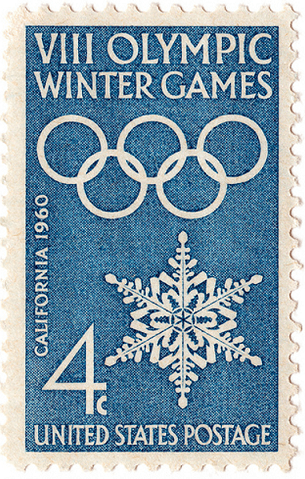 The Winter Olympics returned to America in 1960. The Squaw Valley Games in California would prove an intensely political affair.

It was at the height of the Cold War, and the heated rivalry between the USA and USSR spilled onto the field of play. The Soviets were utterly dominant at the Games (as they were throughout much of 20th century), heading back behind the Iron Curtain with a haul of 21 medals, including seven golds. 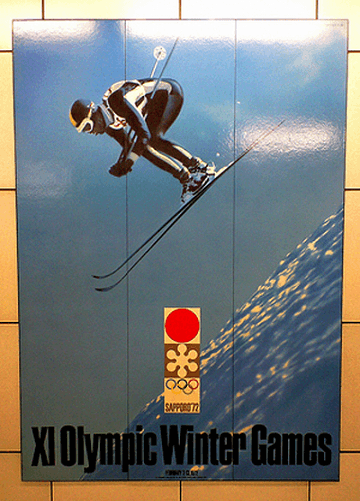 In 1972 the Winter Olympics visited Asia for the first time, when Sapporo hosted it. The Japanese city was meant to host the 1940 Games, but this was cancelled because of World War II.

The Winter Olympics comes of age 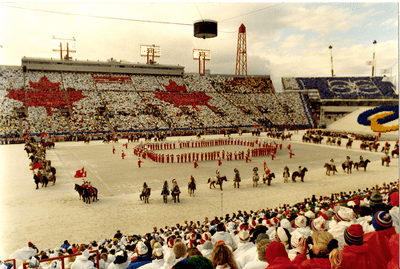 In the ‘80s, the Winter Olympics was still considered a poor relation to its summer counterpart.

But the 1988 event in Calgary altered the perception of the Games forever. More countries competed than ever before, and the oil-rich Canadian city put on a lavish, ‘big-ticket’ Games which captured the world’s attention. 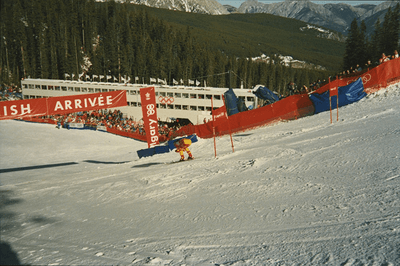 It achieved this despite the host nation failing to scoop a single gold medal, and a pesky Chinook wind that led to freakishly warm weather for the duration.

The ’88 Games also produced one of the Winter Olympics’ most famous narratives – that of the Jamaican bobsleigh team, immortalised in the 1993 film Cool Runnings.

It was partially down to the success of the ’88 Olympics that the International Olympic Committee came up with the money-spinning idea of holding the winter Games in alternating years to the summer ones.

The Winter Olympics gets cool 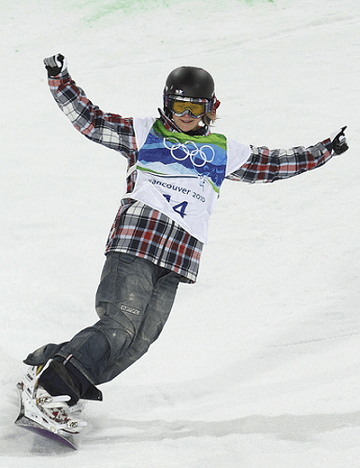 By the ‘90s, a new phenomenon was changing winter sports forever.

Snowboarding had started to have a big impact on mountain resorts across the world, with nattily dressed dudes and dudettes making skiers look fusty and old-fashioned.

In fact, some resorts (such as Deer Valley in Utah) banned boarders from their pistes altogether, and continue to prohibit them to this day.

But as more skiers ditched their poles for boards, the naysayers were merely holding back the inevitable.

The youngest Olympic sport was introduced at the Nagano Games in Japan in 1998, enticing a whole new generation of fans.

Vancouver-native Ross Rebagliati became the first winner of a gold for boarding.

However, he was stripped of his medal when traces of marijuana were found in his bloodstream. Those chilled-out boarders, eh? The medal was eventually handed back to him after much furore, as ‘the herb’ wasn’t actually on the IOC’s banned list at the time. 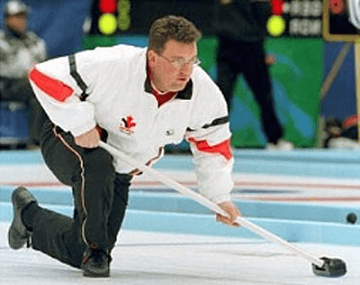 Some might argue that curling is less cool than snowboarding. But it also made a welcome return to the Olympics in 1998, after being inexplicably excluded from the programme since 1932. Hurrah!

The Winter Olympics gets warm 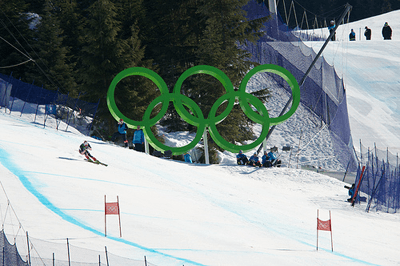 The 2010 games in Vancouver seemed cursed from the start. Not only was it held in the midst of the recession, but global warming, along with the city’s balmy, coastal climate, meant a distinct lack of snow at some of the venues.

In fact, lorry loads of the white stuff had to be brought in from chillier climes. To make matters worse, Nodar Kumaritashvili, a Georgian luge competitor, died during a practice run at Whistler. Detractors were quick to brand it ‘the worst Olympics ever’.

But Vancouver 2010 also saw the introduction of a thrilling new event, ski cross, and its sister, board cross.

It’s an intense and aggressive race in which four skiers or boarders face off on the same run. Viewers lapped it up. 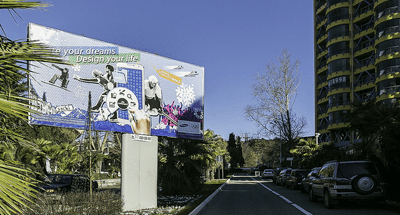 And so, to today.

Amazingly, Russia has never held a winter Games before, despite its dominance of the medals tables and its chilly climate.

But Sochi, on the Black Sea coast, has a sub-tropical temperature, and is actually warmer during February than Britain.

It’s taken more than $51bn to turn the resort into a Games-worthy location, making Sochi more expensive than any other Olympics - summer or winter - in history.

There should, in theory, be much to savour on the field of play. Not least, the exploits of dashing German prince Hubertus von Hohenlohe, a photographer, musician and automotive heir who happens to be representing Mexico in downhill skiing. Then there’s the bizarre story of Bruno Banani, the Tongan luge competitor and pants salesman. The Jamaican bobsleigh team are back too, thanks to a bit of crowdfunding.

There’ll also be the Olympic debut of slopestyle – where skiers and boarders attempt to catch ‘rad air’ and perform stunts.

However, one of the favourites, USA’s multiple gold medal-winning Shaun White, has withdrawn from the event due to concerns about safety on the course. A Norwegian competitor has already broken his collarbone.

Of course, it’s impossible to discuss the Sochi Games without the headlines which have followed it around – from the needless deaths of builders caused by insufficient safety measures, to the rounding up of the town’s stray dogs to be put down. Then there’s the local mayor’s outspoken views on the town’s gay community (or lack of) and widespread allegations of corruption.

But will the controversy overshadow the sporting action? We’ll soon find out…

Will you be tuning in to the Winter Olympics? What are you looking forward to the most? Are you indifferent? Whatever your view, let us know on Twitter or Facebook.