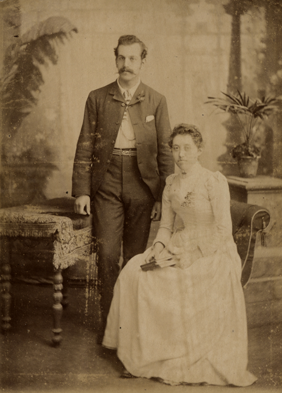 Scott and Laura's wedding day was one to remember

Congratulations! You're getting hitched! But before you dive head first into piles of fabric swatches and catering brochures, make sure you’ve got these legal bits and bobs covered.

Give notice at your local register office

In Vegas, if you rock up on the arm of some random character you met just half an hour beforehand and demand to tie the knot, that’s a-ok. In fact, drinks for everyone!

But this ain’t Vegas, and for most marriages and civil partnerships in the UK you’ll need to give at least 16 days’ notice at your local register office (unless you’re getting married in an Anglican church, as the officials performing these ceremonies will register your marriage for you).

When you go, you’ll need to bring two forms of ID (such as your passport, birth certificate or driving licence), plus proof of your address. And unlike Vegas, it’s probably a good idea if you do this whilst sober.

You’ll need to pay £35 each when you register.

Pre-nuptial agreements are arguably the least romantic thing ever – if you’re preparing for a happy life of wedded bliss you don’t want to dwell on what could happen if it all goes wrong.

However, they’re gaining popularity on this side of the Pond, providing peace of mind for both parties that, if they do split, cash and assets will be divvied out fairly.

“A pre-marital agreement might seem out of place as part of preparations for marriage, but they are set to become more and more common among all happy couples tying the knot – and not just the rich few,” says Simon Robinson, family law expert at MyBarrister.co.uk.

“The reality is that couples are more willing to face up to the possibility that they may separate, and having a plan that they have both discussed can help to protect assets as well as emotions.”

Pre-nups aren’t legally binding in the UK and judges do have the option to overrule them, especially if a couple's circumstances change - if they've had children, for instance. In 2010 the Supreme Court looked at pre-marital agreements and indicated that agreements which meet certain criteria “should be enforced in courts”.

Have ‘the numbers talk’

If you’re getting hitched, chances are you already know a fair bit about each other. But if one of you is hiding a multitude of financial sins it’s vital you tell your other half about them. While getting married does not affect credit scores in itself, financially tying yourself to someone else - through joint accounts or mortgages, for example - will do.

Recently engaged Gillian Jones, 32, says that she was surprised at the amount of debt her partner had, but was relieved they’d been up-front with each other. “He hadn’t mentioned it to me before because he had it under control, but he realised that if something happened to him, it’d be me left with the consequences of it," she said.

"Now we’ve made arrangements to stop that from happening.”

Inform the relevant authorities if you change your name

There’s a bewildering variety of things you can do with your name when you get married. While taking the husband’s name is the traditional thing to do, many couples are now levelling the playing field and double-barrelling their names, or even ‘meshing’ them. For example, Sarah Thompson and Michael Simmons might come up with Simmson or Thomons.

Theoretically speaking, you could even abandon your existing names altogether and simply invent a new one for yourselves (Mr and Mrs Megatron, anyone?).

Be prepared to stump up around £10 for anything that requires a change via Deed Poll.

The Legal Deed Poll Service has more information on the whys and wheres of changing your name.

Get a copy of your marriage certificate (or several)

You’ve dropped a lot of money on your wedding, so make it official by registering it on the day of your ceremony.

This costs £45 at register offices, but may be more elsewhere. Your marriage certificate will cost £4 on the day of the event, or £7 after (you can also get hold of certificates via the General Register Office for £9.25). It’s worth buying a few, since some places, such as the Passport Office, require original documents when you’re changing your name.

Write a new will

Another gloomy topic, but an important one nonetheless.

Any existing will you may have had is automatically revoked after you get married, essentially leaving you without one, so if you die your estate will be dealt with under the rules of intestacy.

Talk to the tax office about tax credits

If you’re claiming any tax credits it’s important you tell HMRC as soon as possible that you’re married. Your new arrangement may mean your entitlement changes, and you don’t want to end up forking out for erroneous overpayments.

Talk to your car insurance provider

While some car insurance providers couldn’t give a badger’s tadger whether you’re married or not, some favour married people because they believe hitched folk are ‘more responsible’ behind the wheel, make better decisions and are less likely to take risks, as they now have a family to think of.

Tell your car insurer that you’re married and ask about joint policies, as there’s a chance your premium will be affected.

Put your partner on your health insurance

If you or your other half receives health insurance benefits through work, investigate the possibility of putting both of you on the policy. Some will offer it as standard, others will add a spouse for a modest additional charge, but it often represents good value for money and peace of mind should one of you fall ill.

This isn’t compulsory, but a life insurance policy should only cost a few pounds each month, and means your spouse won’t be left high and dry should the worst happen.