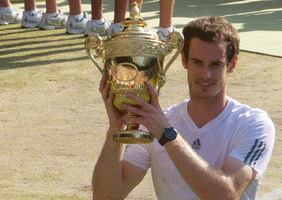 "If you're making semi-finals and finals [at Futures events] and are bordering on getting onto the Challenger Tour… you should be able to fund your career and further yourself," tennis player Liam Broady

It's that time of year when the sun-kissed greens of Wimbledon grace our screens and an unlikely, sport-loving liaison is shared by the nation, from the Pimm's-swigging set at SW19 to the most working class of British households.

Millions around the UK take tennis to their hearts for a few weeks, but it's unlikely that many will have worried too much about the financial plight of the sporting stars running around in their shiny whites.

The prize fund at Wimbledon this year is a staggering £25m, with £1.76m each going to the men's and women's singles winners. Even those losing in the first round of the singles will have £27,000 to keep them in strawberries and cream for the rest of the fortnight.

But players at the top of the game have been urged to throw a few dog-balls to those struggling to make a living at the other end of the professional net.

"If you're not in a Grand Slam you're still a very, very good player - but you can't make a living," said former British number two Jamie Baker in an interview for the BBC.

"The question is whether having 140-50 players is enough for such a global sport."

Players ranked below 150 may regularly find themselves competing in the sport's third-tier events, on the so-called Futures Tour which sits below the ATP World Tour and ATP Challenger Tour  as the lowest-level professional circuit.

Futures events are typically competed for by 32 players who are seeking a share of a total prize pot that's often about $10,000 (just under £6,000) - the winner could expect to receive somewhere in the region of £850, a first-round loser perhaps £70.

At this level, players are even struggling to make their prize money pay for the re-stringing of their rackets - they would need this done around seven times in a week, at a cost of about £13 a time.

"Players at that level could win a tournament and just about pay for their hotel and travel - you're losing money."

Baker, 27, says the financial aspect played a major part in his decision to quit the game last year and take up a job in the city.

"If I was to continue at my world ranking of about 200 and continued to invest in improving, I'd have ended up stopping playing the game with no money in the bank, no house deposit, nothing," said Baker, who played in five Wimbledon tournaments and qualified for two other Grand Slams.

"If I put that effort into another industry - if I was the 200th best banker in the world - I probably would have had a bit of a house deposit."

While he acknowledges the benefits UK players receive from generous LTA funding (a large part of which is generated by Wimbledon), young British prospect Liam Broady feels that more should be done to grow the worldwide player base.

"If you're making semi-finals and finals [at Futures events] and are bordering on getting onto the Challenger Tour… you should be earning more," said the 20-year-old. "You should be able to fund your career and further yourself."

World number five Murray has acknowledged the problem and suggested that elite players plus the four Grand Slam tournaments - Wimbledon, the Australian Open, the French Open and the US Open - could look to help out.

"Maybe players at the top of the game have to accept [they'll be subsidising this] to make tennis a better sport," he said.

A review of finances is being conducted within the sport, but, aside from Murray, Baker has his doubts about whether other elite players would agree to a cut in their prize money to help fund the grass roots.

"Top players don't think they're making enough money themselves," said Baker. "Until that changes it'll be seen as a charitable donation."