‘Three-day' energy switching by end of the year 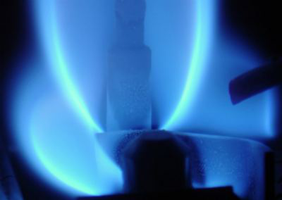 "If consumers can have faith that the process of switching will be quick and hassle free they are far more likely to vote with their feet if faced with unfair price hikes or unacceptable service," Jeremy Cryer, Gocompare.com

We love the smell of switching in the morning, and so does the UK's energy regulator.

Gas and electricity customers will be able to switch supplier within three days by the end of the year, after an agreement between energy regulator Ofgem and suppliers was announced today.

The switching process can currently take over five weeks, including the two-week cancellation period.

The changes will come in before the end of 2014 and mean that - once customers sign up to a new provider and complete the two-week cooling-down period - the switch will be effected within three days.

What's more, Ofgem and suppliers have agreed to implement next-day switching by - at the latest - the end of 2018.

The announcement comes after Ofgem challenged suppliers last week to lower bills in the face of dropping wholesale gas and electricity prices, which are now 38% and 23% (respectively) cheaper than in June 2013.

Research from Gocompare.com earlier this year found that 30% of households expect to make a switch from the big six in the next three years to alternative providers.

Gocompare.com's energy expert Jeremy Cryer said: "Anything that improves the speed and ease of switching energy suppliers should be warmly welcomed. Making the process quicker and simpler will encourage consumers to take more control of managing their energy bills, which for many now constitute a significant proportion of their household spending.

"If consumers can have faith that the process of switching will be quick and hassle free they are far more likely to vote with their feet if faced with unfair price hikes or unacceptable service. This is good news for consumers who will hopefully benefit from increased competition in the sector as energy companies try to retain customers who are more likely to leave them if they don't think they're getting a good deal.

"In this day and age no-one should be put off from switching any service because they fear it will be too time-consuming or disruptive to move. A five-to-six-week turnaround to switch your energy provider is unacceptable and this is another positive step from Ofgem, which needs to keep pushing the industry to improve its service and deliver a better deal to customers."

Ofgem launched its 'Be a Smarter Energy Shopper' initiative in April, to encourage people to get informed about energy and consider switching. This came as the industry itself committed to making switching speedier, aiming to reduce the time it takes to move suppliers to two weeks.

Ofgem chief executive Dermot Nolan said: "Consumers can change their bank in seven days, their mobile phone in just a couple, but have to wait significantly longer to switch their energy supplier.

"We know that consumers want a reliable and efficient switching process, and that concerns about it going wrong can put them off shopping around for a better deal. So now that we have taken steps to make the market simpler, clearer, fairer, we are leading a programme which will deliver faster, more reliable switching."