What do insurers think about e-cigarettes? 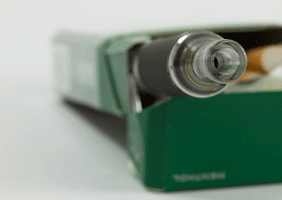 Vaping - a great way to start smoking cessation or a lot of hot air?

“It's not clear whether long-term use of e-cigarettes carries health risks but from what's known about the contents of the vapour these would be much less than from smoking" Professor Robert West, University College London

Truly, we live in the future – a time where people can charge their electronic cigarettes using the redundant lighter point in their car.

But what do health insurance and life insurance companies think of this new way to feed a nicotine addiction?

After all, the World Health Organisation has just called for a ban on using the hi-tech cigarettes in public places – so surely insurers must take a dim view as well?

Professor Robert West, of University College London’s department of epidemiology and public health, recently headed a study into e-cigarettes and found that they dramatically improve people’s chances of quitting – although not as much as seeking out NHS stop-smoking services.

However, even he couldn’t be sure what the long-term results could be – although he did seem pretty optimistic: “It is not clear whether long-term use of e-cigarettes carries health risks but from what is known about the contents of the vapour these would be much less than from smoking.”

Yet some countries and US states have gone so far as to ban or heavily control e-cigarettes, suggesting that the jury is still out on their safety.

Do insurers consider you a smoker if you vape?

As it stands, insurers are reluctant to treat vaping any differently to smoking. If you apply for a life insurance policy then you’ll be asked about your nicotine intake, whether through cigs or e-cigs.

Russell Whitworth, claims and underwriting director at Legal & General, gave us the insurance industry’s typical view: “We do treat e-cigarette users as ‘normal’ smokers as the vast majority of the users remain addicted to nicotine. This is generally accepted practice in the industry but we continue to monitor as the situation is reviewed over time.”

This is a rapidly developing market and it’s not yet clear what the long-term effects of vaping – if any – could be. But e-cigarettes complicate underwriting insurance even more than that.

Michael Whyte, underwriter for Aviva, explains: “When e-cigarettes were originally introduced they were marketed as smoking cessation aids and as such it would have been considered unlikely that anyone using them would not have also used tobacco products within the last 12 months.”

Most insurers require at least a year without smoking before they regard the customer as a non-smoker. After all, there’s a strong chance they'll relapse.

Another issue for insurers is proving customers’ claims. At the moment, if you apply for life insurance and say you’re a non-smoker then they might test you for nicotine. But if you’re vaping then you will have nicotine in your system, and it’s impossible for the insurer to know if that’s from tobacco - which is definitely harmful - or vaping, which may or may not be harmful.

So you can see why most insurers have a blanket approach to vaping.

Health insurance companies take a slightly different view on smoking to life insurance. While most, if not all, health insurers class e-cig use as smoking, very few health insurers actually price smokers and non-smokers differently.

We spoke to 31-year-old Claire Hughes from Sheffield as she puffed on an e-cig in the park. Claire made the switch to e-cigs a few months ago. Her e-liquid of choice is blueberry, and she draws the vapour into her mouth like cigar smoke rather than deep into her lungs as with standard cigarettes.

“I’m using these to quit,” she insists. “I’m reducing my nicotine levels all the time. It was still hard to give up smoking, because this isn’t really like smoking, but it has made it easier. It’s definitely cleaner, I’m happy I switched.”

To quit or not to quit?

So, are e-cigs simply a new way to get a nicotine fix, or are they a way to stop smoking? Certainly some people, like Claire, are using them as quitting aids. But others make the switch from real cigs and then stick with their new, apparently cleaner habit.

So e-cigarettes may feel like a cleaner, healthier choice but, for now at least, insurers still aren’t convinced.

Are you an e-smoker? Do you vape? Get in touch with Covered mag via Facebook or Twitter and let us know what you think.