The cost of being a cosplayer 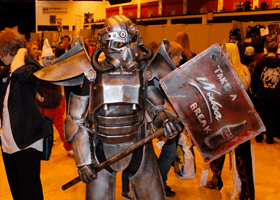 Meet the cosplayers who spend mega money on their obsession

"It takes me about 20 minutes just to walk across the hall, people keep stopping me for photos" Stewart Chambers, 'Loki'

A 30-person conga line made up of Spidermen and time travellers narrowly dodges a seven-foot Darth Vader gimp wielding a light sabre for the cameras.

Across the hall a former Power Ranger scrolls through his phone, staring into the distance while a queue forms in front of the Game of Thrones star sat next to him.

There's only one place you can be. Comic conventions – or 'comic cons', to give them their informal name – descend on cities all over the world, and this Cardiff event is among the UK's biggest.

From a brilliantly painted Beast and a scantily clad Wonder Woman to hordes of Doctor Whos in fezzes, fans turned out in their thousands, spending plenty of money on memorabilia, autographs and photographs with their heroes.

Being a fan – and looking the part – is big business, so we went along and asked some comic, videogame and TV cosplayers exactly how much their hobby costs them... 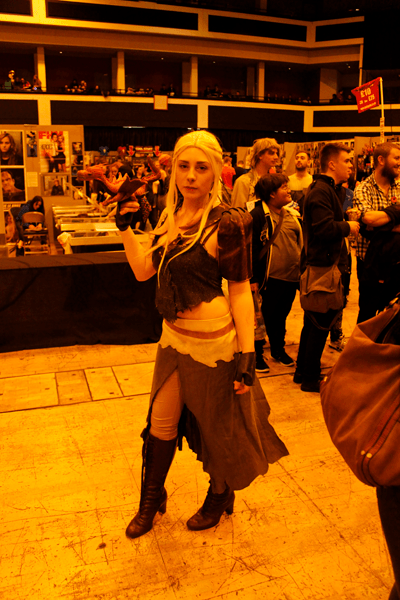 "This is my first time cosplaying. I spent about £60 on my costume – my friend forged the armour on my shoulder and I covered it in leather myself." 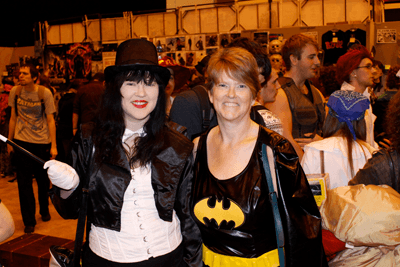 Jeanette: "I came last year to keep Nadia company and didn't dress up, but this year I thought, why not?" 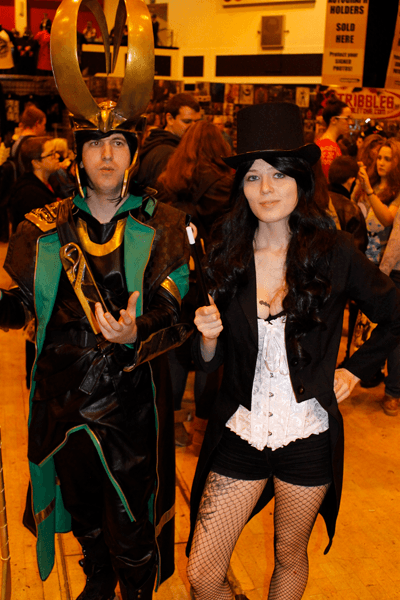 "It cost around £1,000 – I bought the helmet on Etsy, from America. I travel all around the country to go to conventions – about 12 a year. I'm wearing Loki today because it's more popular, and tomorrow I'll be Deadpool. It takes me about 20 minutes just to walk across the hall, people keep stopping me for photos." 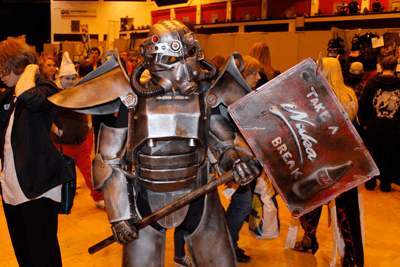 By day: Airbrush and costume designer 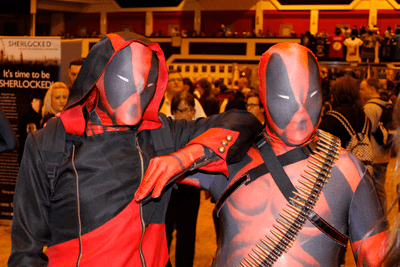 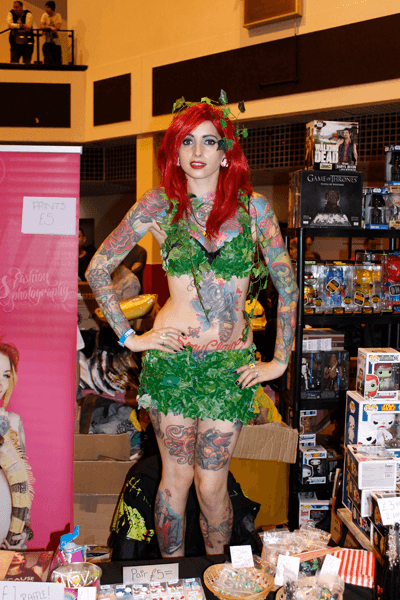 Have you cosplayed at a convention recently? Share your best cosplay pics with us onFacebookorTwitter