Four signs your cat is taking over your life 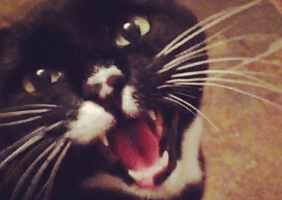 "If your cat is as much of a gourmand as mine, there’s very little use sitting down to eat if they haven’t been fed first"

This is my cat, Biggie. 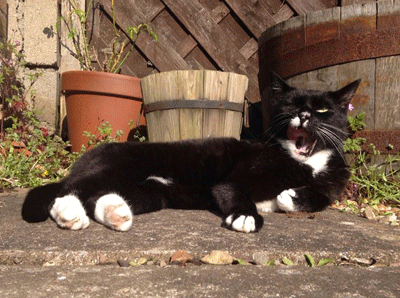 I first met him about three years ago. Back then, he was an ‘overlooked’ rescue cat at Bridgend Cats Protection centre.

For some reason, other would-be cat adopters didn’t like the cut of his jib. But he charmed me immediately with his wonky whisker on his eyebrow, unique way of drooling as a way of showing affection and confident, purposeful meow.

About a week later, he was making himself thoroughly at home in my house and has pretty much ruled it ever since.

Cats enjoy a reputation as low-maintenance pets. But anyone who’s ever owned a cat (or been owned by them, more appropriately) will tell you it’s really not the case. They infiltrate your daily life by stealth, and before you know it, your existence is governed by these aloof bags of fur and claws.

Here are a few signs that your cat has taken over your life. Can you think of any more?

That’s the usual drivel I spout when I come home from a hard day at the engaging content coalface as the cat trots downstairs to greet me… well, I say ‘greet’, but what I actually mean is ‘loudly demand his tea’.

Our conversation usually carries on into the evening. We discuss philosophy, fine art, economics – all the usual stuff, really. It’s a good job he usually answers back.

Your cat eats before you do 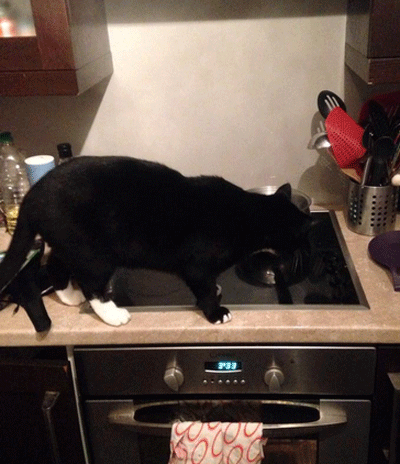 If your cat is as much of a gourmand as mine, there’s very little use sitting down to eat if they haven’t been fed first.

The ill-mannered berk will invite himself on to the dining table to investigate whatever food is on offer, which is particularly embarrassing if I’ve got people round.

Normally, it takes two or three instances of picking him up and putting him on the floor for him to get the message and sulk off. 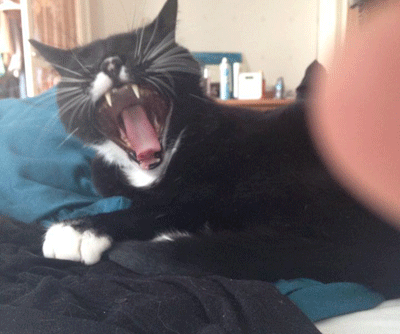 There’s little doubt that Biggie, like most cats, considers the beds in the house to be his property to be lounged upon at his leisure.

For a relatively small animal (compared to a human, anyway), he takes up quite a lot of room on the bed at night, and I’ll often find myself marginalised to a chilly corner  while he splays out like a corpulent 18th century landowner.

Maybe it’s a damning indictment on my own boring life, but my cat’s zany antics seem to take up more of my Twitter timeline than mine.

Got back to Cardiff to find that the cat has managed to successfully infiltrate his automatic feeding device. pic.twitter.com/VCIv5fJPxS

The cat's absolutely distraught at these fireworks. pic.twitter.com/nAJLPlro2d