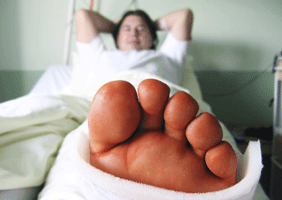 The European Health Insurance Card (EHIC) is one of the most useful things you can pack when travelling abroad.

It’ll provide you with the same level of state medical care as residents of the European Economic Area country that you’re in and best of all, it’s free.

According to Gocompare.com, around one in 10 adults who’ve been abroad have used it to get free or reduced cost medical care.

But despite how useful it is, there’s still quite a lot of confusion as to what an EHIC can and can’t help you with.

So, let’s take a look at some of the common misconceptions around the EHIC, and put them right…

1. You don’t need travel insurance if you’ve got an EHIC

State care varies from country to country, and having an EHIC doesn’t mean you can expect to be treated as you would if you visited your local NHS hospital.

Few EU countries pay the full cost of medical treatment as you’d expect from the NHS. For example, in France a patient may be expected to pay for a consultation with a doctor up front, then have up to 70% of the cost reimbursed later. The patient may also be expected to contribute to the cost of staying in a hospital overnight.

There are also no guarantees that an ambulance will take you to a state hospital for emergency treatment, and many of the smaller hospitals and clinics found in holiday resorts are private. If you end up at a privately run clinic or hospital your EHIC may not be accepted.

So, while travel insurance isn’t a legal requirement like car insurance, it’s still highly advisable to buy some before you go abroad.

2. An EHIC will fly you home

The costs of a medical repatriation – getting you home if you’re injured, ill or worse – can be seriously expensive.

According to one insurer, the cost of flying one seriously ill British holidaymaker home from the Canary Islands by jet air ambulance was nearly £23,000 – but in most cases the costs will be covered by a reasonable travel insurance policy.

Without insurance, friends and family may end up having to pay to get you home.

Unfortunately, when it comes to repatriation, the EHIC is of no use at all. An EHIC doesn’t cover the cost of being flown home under medical supervision from any destination, and the government generally doesn’t pay for British holidaymakers to be flown home unless there are very unusual circumstances.

3. You have to pay for an EHIC

As we’ve alluded to, the best part of an EHIC is that it’s free. However, that hasn’t stopped all manner of dodgy sites offering to ‘arrange’ your EHIC application for a thumping £49.99 fee.

You can apply for the EHIC yourself on the NHS website. It literally takes about five minutes and doesn’t cost a penny.

4. The EHIC has got your back anywhere in the world

Well, the clue is in the name after all.

But even so, this didn’t stop 5% of respondents to a recent Gocompare.com survey thinking that the EHIC’s coverage extends across the globe. Madness!