A consultation with the Supervet 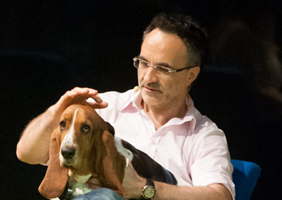 Noel meets an avid fan of the show

We caught up with Channel Four’s Supervet, Noel Fitzpatrick, at the London Pet Show to learn more about his charity, the Humanimal Trust.

Hi Noel, how are you? How are you finding the show so far?

I’m grand. Well I’ve only been here about five minutes but so far they’ve given me coffee, I’ve been surrounded by golden retrievers, and I’ve had saliva all over me, I feel great.

One of the things I really want to talk to you about is your charity project – the Humanimal Trust.

So I’ll give you an example – cancer in dogs is very, very similar – 98% similar – to cancer in humans. Or putting on a new leg on a human is 99% similar to putting it on a dog or a cat. And here’s the thing, for 250 years, veterinary medicine and human medicine did not work together properly at the clinic. For 250 years animals gave humans what they want because you can’t have a single heart stent, a single implant, a single drug, without an animal model.

So my ideal is, if we can move medicine forward by treating animals that have disease, that need treatment and communicate with human doctors and we give that information to each other, we move faster forward together.

It makes perfect sense the way you explain it – it seems like the concept isn’t rocket science, but nobody’s done it before – Why?

It’s like cats’ eyes on the side of the road – they’re obvious now but they weren’t obvious when somebody thought of them. To me it’s the inevitable progress of medicine.

In fact, in my opinion it’s the only rational way forward and that’s my life’s destiny. I am here on the earth to tell humanity that it’s no longer acceptable to just use animals for what you want – you should be giving back to them what they deserve.

It really does seem now like you’re going beyond your work as a veterinary surgeon and building your legacy – was that the plan?

Well it’s part and parcel of the same thing. If you came to me with your pussycat or your dog or your rabbit, I would say to you: you know what? In these 20 minutes, I’m looking after my little bit of the universe and that matters, it really does matter, in a world ever more divorced from what really does matter. That person, with their pussycat or their dog, desperately cares.

So, 98% of the British population don’t know that their heart stent or their knee replacement or their aspirin tablet came from an animal. Why would we not give that back to them so everybody wins?

So yes, my legacy comes from one consultation in one moment in time, to the entire world, hopefully to bring hope and redemption through the advancement of medicine – that’s the plan. 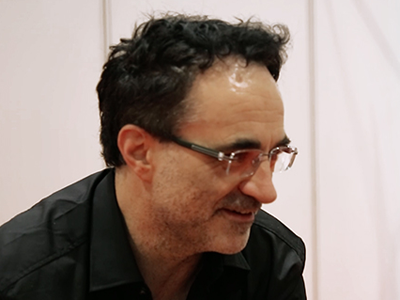 It must be heartbreaking every day seeing patients where you know something can be done but financially there has to be limits and they just can’t afford it.

It’s heartbreaking. I’m not saying this just because I’m being interviewed by Gocompare.com – I strongly recommend people get insurance because it makes everybody’s life easier.

Because it can take a difficult decision away…

It takes the crisis away, it makes everybody cry less.

If a patient doesn’t need surgery, it doesn’t have surgery. But if you could do surgery to save that patient’s life but you simply can’t because you’ve got to pay the wages and people have no money then it’s heartbreaking.

Can I just ask you one last question Noel?

Go on then, sure.

Ha! Nobody has ever – nobody is ever – going to get that answer out of me. I like them both equally. Can you imagine all of my pussycat and all of my dog families coming to see me thinking I’ve got a preferential child? No way, I love animals, all of them.

If you could be any animal, what would you be?

Findpet insurancethat's really super when you shop around with Gocompare.com. 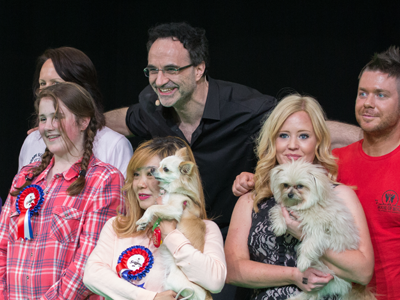