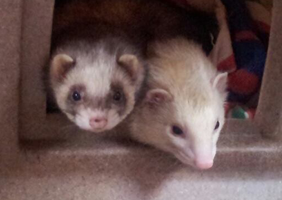 Fastest ferrets in the West Midlands

"At the races a custom of ‘ferret stretching’ has emerged"

Decades before moving in to the Animal House, in sunny seaside Swansea, I grew up in rural Herefordshire.

To the outsider, it’s a mysterious county to visit, full of unique customs and local pastimes to liven up an area of Middle England where, on the surface of things, very little actually happens.

It’s a fiercely bucolic area, symbolised by the proud Hereford bull. Yet there’s a much smaller beast that’s become somewhat emblematic of the Herefordshire way of life.

Exhibit A is this absolutely genuine picture round from a local pub quiz. 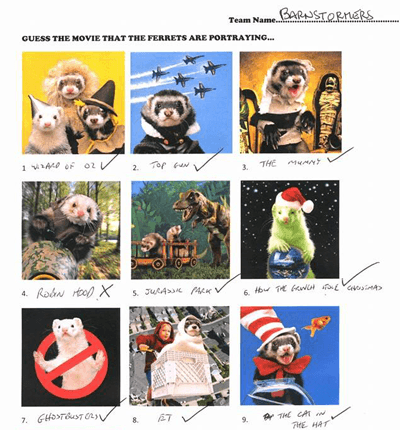 Although I’m now an infrequent visitor to the ‘Shire, there’s one event that draws me back in year after year: the annual ferret racing tournament. 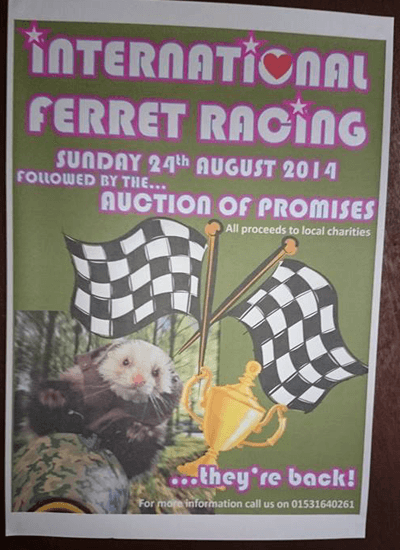 Last bank holiday was no exception, with the Animal House’s crack race team, Walter, Rhodri and Myfanwy heading on a road trip to the homeland. For the day they’d be responding only to their official racing names: the Welsh Whippet, Lance Armpong (who’s currently on a heavy prescription of steroids) and Weasel Gummidge. 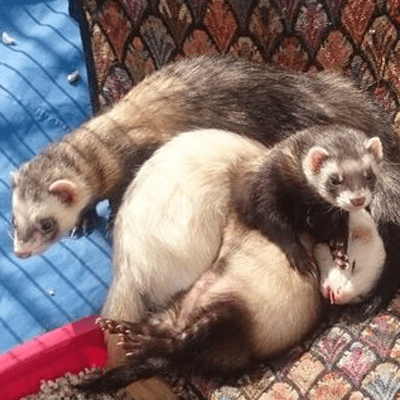 This piece has been some time in the writing because I can’t help but feel reluctant to lift the lid on the revered tradition in case it opens up this cultural treasure to ridicule.

Yet if life has taught me anything, it’s that you can’t slip the words ‘ferret racing’ casually into conversation without facing a barrage of curiosity.

So here we go: your ferret racing questions answered.

Don’t the ferrets run away?

A ferret racing track isn’t merely a small-scale version of the course used for dogs or horses, my friend. Ferrets are raced in tubes. The ferret arena is basically a series of pipes where race-ready weasels are posted into one end and arrive at a box at the other.

Besides, ferrets don't run away from anything. Ever. 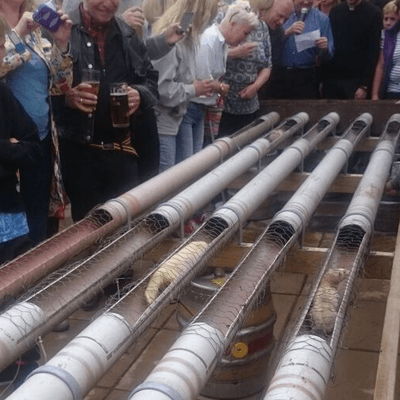 One of the greatest joys of ferret racing is the unpredictability of the sport. Sometimes one will streak ahead and the leg will be concluded in seconds. Two years ago the first race was won by an impressive albino that not only stormed to victory, but did so by shuffling the entire distance tail first. Some would call that showing off though.

Yet it’s also common for ferrets to implausibly turn around in the narrow tunnel and head back to the start. More often than not, at least one animal will curl up for a snooze mid-tube, with excitable spectators shaking and rapping on the tunnel until the sleepy mustelid emerges yawning to rapturous applause.

The rule for a win is simple, though and universal to every ferret race I’ve attended: all four paws and a tail in the finish box. 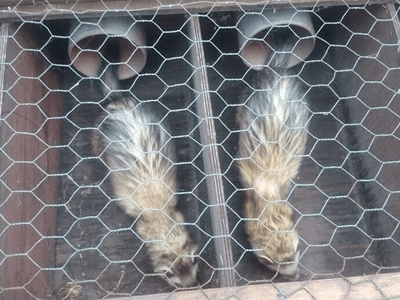 Do you win money?

Of course! Well, if your luck’s in. One of the most exciting aspects of ferret racing is to place a bet on your weasel of choice and watch it romp to victory (or fall asleep) before collecting your winnings.

For this purpose the ferrets are held aloft for inspection at the start – the equivalent of trotting horses round the arena pre-race. 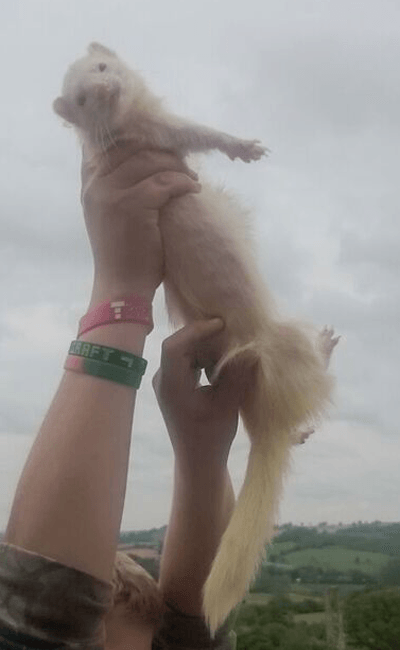 How do you get them in the tubes?

Ferrets, in general, love a tube and are only too happy to scoot down one whenever opportunity presents.

Yet at the races, a custom of ‘ferret stretching’ has emerged. This is where the human handler grasps their pet with one hand and use the other to gently tease the lengthy mammal into a veritable furry arrow, ready to loose towards victory at maximum velocity.

At the most recent ferret meet, one local lad had developed a unique stretching technique in which he deftly twirled the ferret’s pendulous body, letting G-force do the work of elongating his pet. I’m uncertain if this improved his chances. 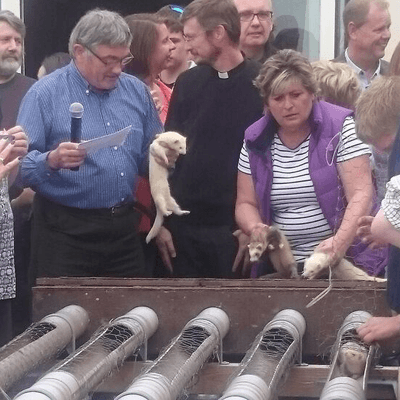 Post-race the Animal House squad were pretty wiped out – but we’ll be back over the Welsh border next year to make sure the ‘international’ part of Herefordshire’s International Ferret Racing stays legit. 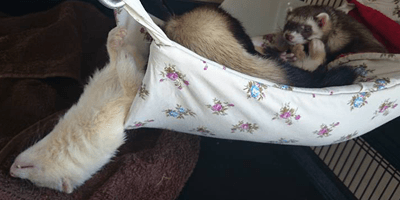