Hope on the horizon for prepayment energy customers? 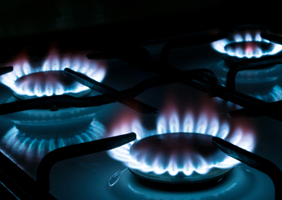 "While the ‘carrot’ of cheap fixed tariff energy deals has been dangling in front of consumers for some time now, the CMA wants to take a stick to the big providers who it feels aren’t doing enough to encourage competition” Ben Wilson, Gocompare.com

Prepayment energy meters are far from an ideal way for vulnerable households to get their electricity and gas.

As we’ve recently documented, they can cost a lot more than paying by direct debit, even though the people who can least afford to be on them usually are because of their credit history.

However, there is hope on the horizon as the Competition and Markets Authority has proposed a price cap for all households on prepayment meters.

The CMA reckons that four million households are currently on prepayment meters, and that their cheapest tariffs are around £300 more expensive than for customers on credit meters.

Smack my switch up

The CMA doesn’t just have prepayment meters in its sights.

The 18-month investigation into the energy industry also revealed that the nation is collectively paying £1.7bn a year more than it would if the energy market was truly competitive, so it has proposed a host of measures to stimulate switching, creating more competition.

The CMA says that Ofgem, the energy regulator, should keep a database of 'disengaged' customers who have been on a standard tariff for three years or more. This database should then be made available to energy suppliers, which will allow them to target their rivals' customers with better deals.

Other ideas the CMA has provisionally decided upon include ending the restriction that allows suppliers to offer just four tariffs, strengthening the ability of price comparison websites to help consumers find the best rate and dealing with the issue of ‘rollover’ contracts, where customers are automatically put on less favourable terms when a deal ends.

Gocompare.com’s resident energy expert, Ben Wilson, said: “The CMA is right to consider more drastic action, as the consumers that haven’t switched so far are going to need a lot more support and encouragement to find a better deal.

“While the ‘carrot’ of cheap fixed tariff energy deals has been dangling in front of consumers for some time now, the CMA wants to take a stick to the big providers who it feels aren’t doing enough to encourage competition.”