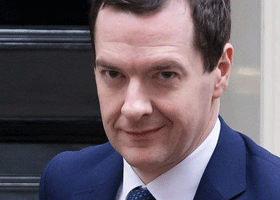 "There's no getting away from the fact that a rise in IPT will result in higher premiums" Matt Oliver, Gocompare.com

The dust is settling on today’s budget, so what’s happened?

Typically, there’s quite a lot to take in, so let’s take a look at some of the biggest headlines.

Our car insurance expert Matt Oliver had plenty to say about the rise in insurance premium tax.

He opined: "IPT is paid as a percentage of your insurance premium, so an increased rate means groups such as young drivers, or older people with medical insurance, are likely to be hit the hardest. These are the people who already face the highest premiums."

He continued: "There's no getting away from the fact that a rise in IPT will result in higher premiums. However, what people can and should be doing to minimise the impact of this hike is making sure they are regularly shopping around to find the best deal available for their circumstances."

So there you are.

If you’re still not all budgeted out, relive the thrills and spills of all today’s action with ouramazing budget soundboardand tell us what you think about it all onTwitterandFacebook