Scots spend the most on cars for first-time drivers 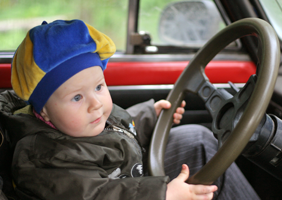 Hamish was thrilled with his new wheels

“Everyone remembers their first car and while many of us probably started out in something of an old banger, today younger drivers are spending a bit more money and are able to get a half-decent first car” Matt Oliver

A thick slice of new research from the stats jockeys at Gocompare.com has revealed big discrepancies on what new drivers spend on their first car across the country.

Young Scots are the biggest spenders when it comes to first motors, spending an average of £5,449 on a car. That’s nearly double what drivers in the affluent south-east of England spend, which is an average of £2,928.

Matt Oliver, car insurance spokesperson for Gocompare.com, said: “Everyone remembers their first car and while many of us probably started out in something of an old banger, today younger drivers are spending a bit more money and are able to get a half-decent first car.”

However, Oliver believes that buying too flash a motor might mean that insurance is prohibitively expensive for a young driver.

“Insurance premiums will be lower for younger drivers if they choose a standard car with a smaller engine in a low insurance group. So for instance, a second-hand BMW or Mini Cooper, which it’s perfectly possible to pick up for this sort of money, will cost a lot more to insure than something more sensible like a Vauxhall Agila or Ford Ka.”
New drivers face an uphill battle when attempting to get a halfway sensible insurance quote, but a telematics policy could provide the answer.

“Another way to get your premiums down is to consider a ‘telematics’ policy,” said Oliver. “Some policies require your car to be fitted with a ‘black box’ transmitter and others do a similar job with a smartphone app. In both cases the idea is that your driving is monitored by the insurer and your premiums can come down faster than with a traditional policy if you prove to be a safe driver.”