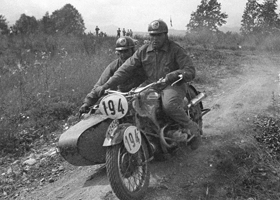 Riders raced at incredible speeds on 'roads' barely worthy of the name...

"The convoy took off en-masse in the middle of the night, and endured a stormy passage across the same route they’d raced the day before"

When it comes to fascinating wartime sports stories, the International Six Days Trial 1939 is up there with the 1914 no-man’s-land Christmas kick-about.

Yet very few people seem to know about it... 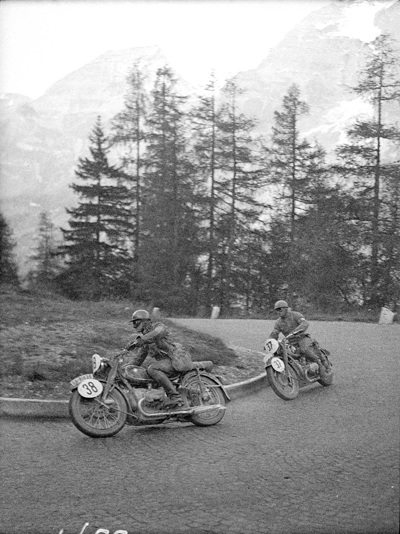 The ‘Olympics of Motorcycling’: the International Six Days Trials (ISDT) is the world’s oldest motorcycle tournament.

Established in 1913 and devised as a test of man and machine, it pushed both endurance and engineering to their limits.

In 1981 it became known as the International Six Days Enduro, a global championship that still holds the same influence in off-road sport.

But in its early days, it was a road-based event where hundreds of teams would race treacherous circuits, covering hundreds of miles a day on roads that, by today’s standards, we would consider dirt tracks, often at speeds of 60-70mph.

During the 1920s-30s Britain dominated, with home teams representing many of the UK’s 60-plus motorcycle manufacturers such as Norton and BSA bringing home gold 10 times.

In 1939, however, just days before the World War II was officially declared, the team were lucky just to bring themselves home…

The politics of sport 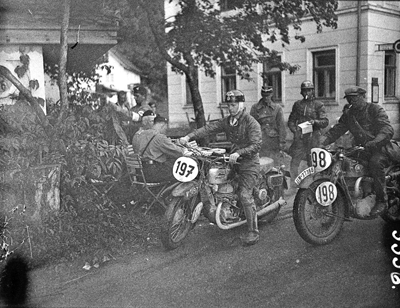 Britain and Germany had duked it out on the track during the 1930s, holding a duopoly on the tournament, which was only interrupted by two Italian wins.

In a bid to repeat the success of the 1936 Olympics, Hitler threw his weight behind the German team. However, Britain proved victorious three years on the trot between 1936 and 1938.

As winners, Britain expected to host the tournament once again in 1939.

However, the FICM (the governing body of motorcycle racing, now known as the FIM) declared that no country could host the tournament more than twice in a row and declared Austria as the 1939 host… a country Germany had annexed 15 months earlier. 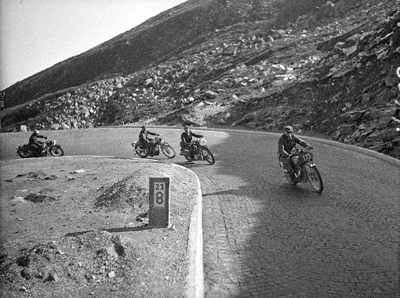 When the riders and support teams arrived at Salzburg, they noticed a significant difference to previous tournaments held in Germany.

Those who arrived early enough to witness the city’s annual music festival (which famously hosted the Sound Of Music-inspiring Trapp Family Singers just two years previously) would have noticed a distinct lack of Jewish composers.

The swastika was a dominant decoration, and everyone was expected to salute officials with a “Heil Hitler”.

Meanwhile, Germany’s military racing presence had increased to 27 teams (compared to Britain’s seven) and a new prize had been introduced for the best military team: the Hühnlein Trophy, named after Adolf Hühnlein, the leader of the National Socialist Motor Corps (NSKK). Hühnlein also presided over the tournament. More on him later.

Besides these changes, reports suggest that while the atmosphere was a little tense, the race itself was very much like previous ISDTs but with more military teams.

The riders endured a gruelling, mettle-testing start to the tournament, taking in incredible circuits around the Alps and mountainous Czech region of Sudentenland, which had also been occupied by the Nazis. 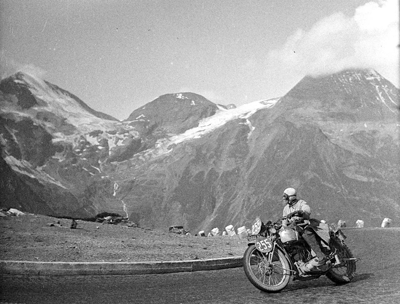 However, on the third day – August 23, 1939 – the tense political backdrop erupted, when Germany and the Soviet Union signed the Non-Aggression Pact, which effectively led to Germany’s invasion of Poland a matter of days later.

The French riders were reportedly the first to receive official notice from their country to head for the Swiss border, despite reassurances from German officials that war was definitely not going to break out.

Almost 24 hours later, while riders were enduring a 200-mile circuit through the Tyrolian mountains, UK teams received the similar urgent communiques from the British Consul.

Most responded instantly, leaving their clothes at their hotel and departing in their leathers, syphoning rationed petrol from parked cars along the way.

The convoy took off en-masse in the middle of the night, and endured a stormy passage across the same route they’d raced the day before. They arrived at the border with Liechtenstein over 12 hours later, from where they would make their way back home on friendly soil.

Help from the enemy! 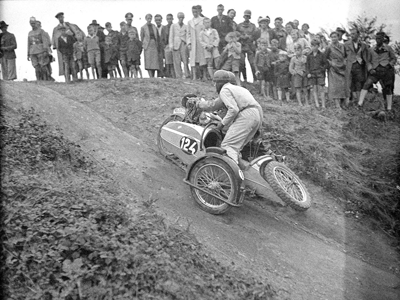 But not all of the British riders had been evacuated.

The military teams had not been ordered to leave. Some British team staff, riders who had been eliminated, as well as innocent spectators had also remained and they were determined to see the tournament through.

One of the most famous female riders, Marjorie Cottle was the only remaining civilian rider.

She would never find out.

Before the fifth day of racing commenced, a military order arrived for all British teams to leave Austria.

German officials, Korpsführer Hühnlein in particular, were apologetic and accommodating.

In fact Hühnlein ensured that all riders would be guaranteed safe passage at the end of the tournament and provided the final British riders with an escort provisions and hotel accommodation to the border.

While few would remark or note in the horrific aftermath, there’s enough evidence to suggest that the Nazis, or at least the officials involved directly in the ISDT, respected the tournament and would honour all ISDT visitors regardless of the imminent war… 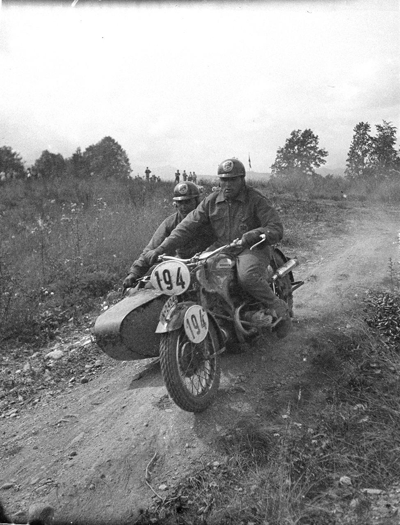 They arrived home, a day later than the first convoy, on 1 September – the day the Nazis invaded Poland, two days before war officially commenced.

Remarkably, all of the several hundred British riders who attended the ISDT returned home unscathed.

Marjorie was hailed as a hero, and was one of the very last people to be interviewed on BBC television before it was halted during the war.

Germany declared themselves winners, but by then no-one was listening.

The FICM annulled the result and the tournament began again in 1949. It went on to enjoy another 32 years as one of the most respected tests of man and machine.

And if you think this story is interesting, wait until you hear about the 1964 tournament in which Steve McQueen took part. No, really…

This is just a potted version of one of motorcycle sports’ most famous races. Find more documents, images and accounts from international evacuees on Speedtracktales.com, a detailed and documented ISDT archive.