Could you save money with a fixed-rate energy tariff? 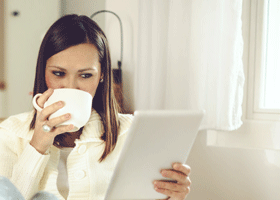 "If your energy bills are expensive already, vote with your feet and find a cheaper tariff elsewhere" Ben Wilson, Gocompare.com

We might be basking in an unseasonably mild September, but don’t let the balmy weather fool you - winter is coming.

So, before the temperature starts to drop and the nights draw in, now might be a good time to pounce on a fixed-rate energy deal to insulate yourself from potential price increases in the coming months.

Fixed-rate deals are potentially great as it means you'll be immune to any increases in energy prices for the course of the contract. On the downside, you won’t feel the benefit of any reductions, either.

You’ll also usually be charged to exit them if something else comes along and tickles your fancy.

But in an increasingly uncertain world, it could be nice to know that at least there won’t be any upheaval when it comes to your energy bills.

The good news is that a few choice fixed deals have just entered the marketplace.

E.On has also released details of a new fixed-rate tariff which could be even cheaper, depending on your usage.

Even if you were on a fixed rate deal, now might be a good time to review your options, as many deals including some from British Gas, Co-operative Energy and Npower ended at the end of August.

It’s also important to consider that where one energy company leads, others tend to follow, so keep your eyes peeled for new deals over the coming weeks and months.

Ben Wilson, energy expert at Gocompare.com said: "It's really important to shop around and find a great deal before the colder weather sets in and your bills start to rise.

So if your energy bills are expensive already, vote with your feet and find a cheaper tariff elsewhere."

Compare gas and electricity with Gocompare.com

[1]Annual cost of £759 based on average usage defined by Ofgem as 12,500kwh gas and 3,100kwh electricity. Not available to prepaid meter customers and SSE Standard Tariff customers. Correct as of 13 September, 2016.