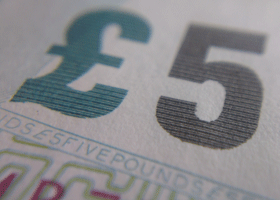 The boffins who’ve developed the notes reckon that they’re hardier than their flimsy paper predecessors - in fact, early tests indicate that they're almost impervious to being put through the wash.

To toast the introduction of the new notes, here’s a selection of factual titbits about the denomination…

They've been around a while 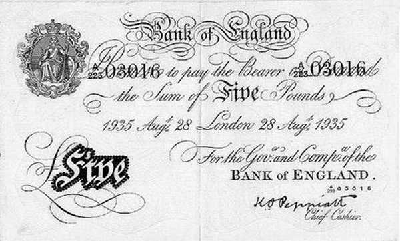 The first fivers appeared way back in 1793. They were hand-written, and could be used to redeem gold.

This practice stopped in 1931, when Britain ditched the gold standard, a monetary system where a country's currency or paper money is linked to the value of the precious metal.

But not in their current form 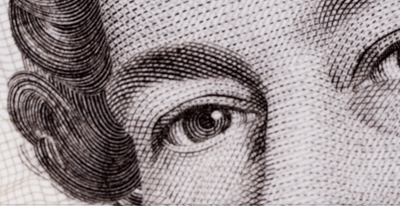 The first double-sided, coloured five pound notes, the direct predecessors of today's, found their way into peoples’ wallets in 1957.

They featured a picture of a none-more-British combination of Britannia on one side and a lion on the other. 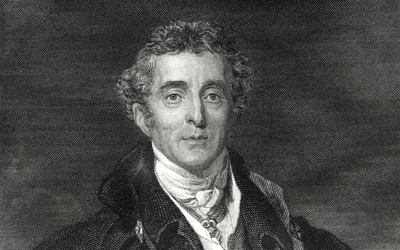 The queen didn’t make an appearance on five pound notes until 1963, but it wasn’t until 1971 when historical figures started being featured.

The Duke of Wellington (above), who defeated Napoleon at Waterloo, was showcased on that note. 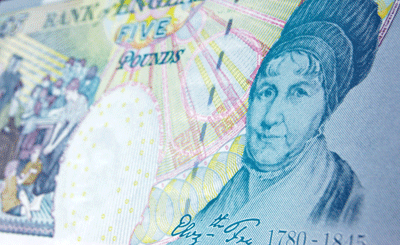 The historical figure on the incumbent note is Elizabeth Fry, a Victorian social reformer who campaigned for more humane treatment of prisoners.

Winston Churchill, the wartime prime minister, is featured on the new note. The forthcoming new £10 note, due in 2017, will feature novelist Jane Austen.

The new ones are hard to fake 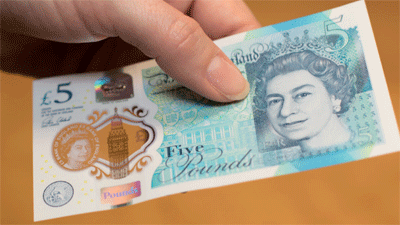 Some of the security features on the new bank note include a portrait of the Queen with a colour-changing border, silver foil depictions of Big Ben, three (count 'em!) holograms, micro lettering and raised print.

Have you got a crisp new fiver nestling in your wallet? Tell us how thrilled you are on Twitter and Facebook