Save money on flights to Spain 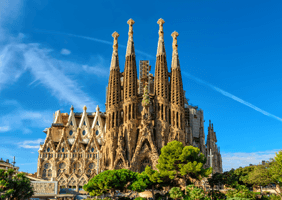 With all the money you could save on the flight, that hotel with the rooftop pool might be attainable after all.

"Cheeky tipples in the pool bar, skin squeaking on lilos, crooning ‘My way’ in Crystal’s Karaoke – yes, there’s more fun to be hand in the Province of Malaga, with a little more cash in your pocket"

The ban follows terrorism warnings from the Foreign Office: “advising against all travel by air to or from Sharm el Sheikh.”

Where could you go instead? Our old favourite Spain, of course!

Tourism industry organ Travel Weekly has reported that our love affair with Spain continues unabated and with good reason.

Did you know you could be missing out on even more great deals by booking flights at the wrong time of year? And, you may only be a few weeks out of sync with the cheapest time to buy, or travel.

If you’re a flight comparison virgin, let us introduce you to your new beau, Skyscanner.

Thanks to Skyscanner, we can see the savings to be made by switching the week you book your holiday, and it proved early on that booking mere days or a week before travel is a very, very bad idea.

Let’s look at the savings to be made if you fly from London to Malaga, Barcelona and Ibiza.* 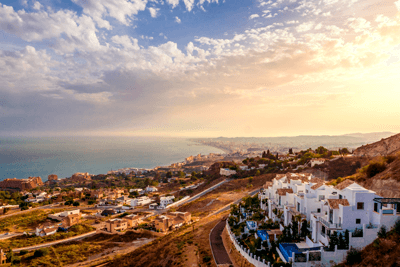 "Suns out, buns out" in the south of Spain!

Cheeky tipples in the pool bar, skin squeaking on lilos, crooning ‘My Way’ in Crystal’s Karaoke – yes, there’s more fun to be had in the Province of Malaga with a little more cash in your pocket.

The most expensive month to travel to Malaga is August – slap bang in the centre of high season and school holidays. January is the cheapest.

On average it’s 33% more expensive to book the week you’re due to travel – yikes! So much for cheap last-minute holidays. 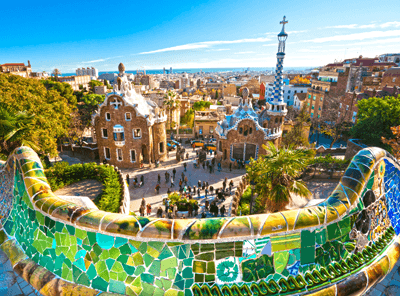 If balls aren’t your bag, gawp at the architectural spectacles instead, such as Antoni Gaudi’s Basilica of the Sagrada Familia and multi-coloured, Casa Batlló.

The cheapest month to visit the Catalan capital is January, costing 47% less than the average.

If you want to bake under the Catalonian sun, in the name of the money-saving gods, please just avoid August – you’ll pay almost 32% more than average.

June is 3% cheaper than average, and at the end of the sunny season, in September, the price drops 9%.

Try to book eight weeks prior to your departure date – it’s 11% cheaper. If you want to travel in June, book in April, and flight-hunt for September in July.

Is Ibiza ever cheap? 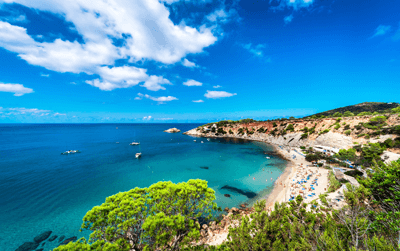 Bray in excitement, Ibiza’s Zoo Project's calling! Dive into the seal pit, fire the glitter canon and get your rave on.

The cheapest month to travel to the party island is April. It’s quieter, calmer and colder at this time of year (14°C?! Brrr) but it’s 38% cheaper than average and just before the club season starts in May.

December prices shoot up; it’s 46% dearer than average – are travellers trying to catch some winter sun?

Hens, stags and party-sun seekers, don’t leave your travel plans until the last minute – it’s 26% more expensive than average to book the week before. Try instead to find your flights nine weeks ahead; if you’re travelling in April, book at the end of January.

If you‘re planning a holiday, remember to holiday shop smart and compare flights with GoCompare and our travel partner, Skyscanner.

Did you save money by changing when you booked a flight? Tell us about it on Twitter and Facebook

*Data gathered in May, 2017, using the Skyscanner interactive best time to book tool, flying from all London airports