Ten things today's teens will never have to deal with 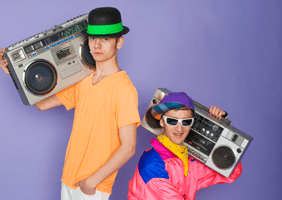 Today's kids will never look as cool as these guys!

But did we have it harder than today's teens with their fancy smartphones and iPads?

According to a recent study by broadbandchoices, 86% of parents - who were teenagers themselves in the 80s and 90s - believe that teens today have it easy compared to the annoyances and embarrassments that they had to put up with.

The number one irritation that parents reported was having only four TV channels.

Other annoyances included recording the charts on a tape recorder and pausing every time the DJ spoke as well as calling a friend on a landline and having to speak with their parents first.

Parenting and lifestyle blogger, Vicky Charles, says, "It was only your closest friends who would call in the evenings, and only with something that absolutely couldn't wait until the morning. These days, teens are in contact in numerous different ways, all day and night.

"We didn't know what was around the corner, so we didn't realise we were missing out on anything."

With that in mind, we thought we'd take to Twitter to ask for the gripes you had to deal with in your youth that today's teens don't.

Rewinding cassette tapes with a biro 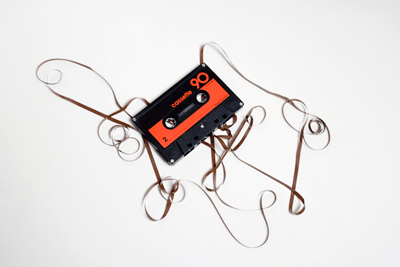 Back when music couldn't be streamed directly to our mobiles and tablets, we got our music fix from these handy little things.

But when they malfunctioned and the tape came loose, using a biro to manually wind the tape back was a chore that no-one enjoyed.

Having to wait until your parents are off the phone to connect to dial up internet (which then took about 10 minutes to connect).

Getting on the internet required a lot more effort back in the day - imagine having to dial up to post that picture of your breakfast every morning. Outrageous. 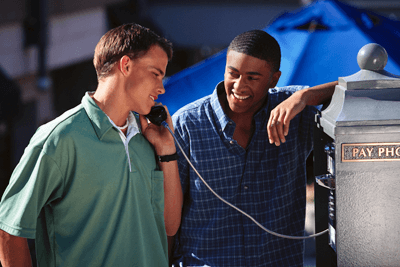 If your friend was late to meet you in the middle of town, it wouldn't be a simple case of dropping them a WhatsApp message.

You'd have to scrape together all your spare change to call their house phone and wait for their annoying sibling to answer.

Jelly aliens were a 90s phenomenon and their existence sparked many rumours - probably the most popular being that your aliens would make a baby if you stuck them back to back.

Of course, many children were disappointed when their aliens failed to reproduce, leading to lots of abandoned gooey creatures.

Nowadays, you can buy them already pregnant - hoorah!

First boyfriend ringing the home phone and talking to your parents 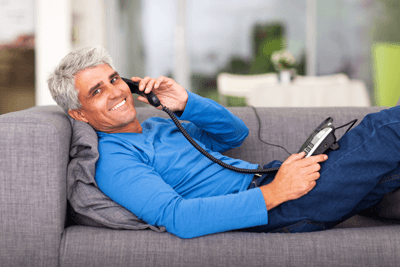 Oh, the horror of not getting to the home phone before your parents did!

Today's kids will never know the shame of listening to your dad grill your new boyfriend about his intentions.

Text on your tele

Ceefax, as it was known in the UK, was a system that displayed pages on your TV. It showed news, sport and TV listings.

Our smartphone obsession means that news now gets to us wherever we are - we even have apps that alert us to breaking news.

Writing a cheque and filling out an order form 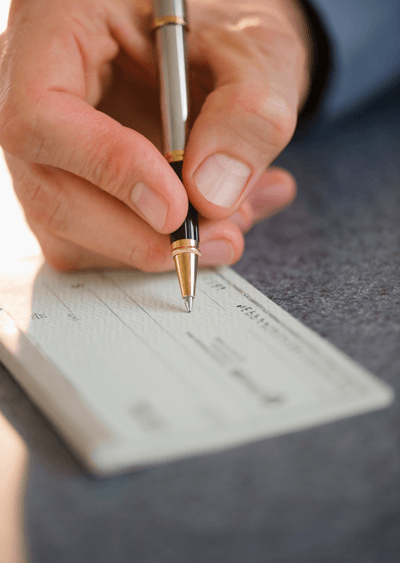 Long before online shopping was a thing, you'd have to fill out the order form at the back of the catalogue.

Imagine waiting days for your order to reach the supplier, never mind waiting weeks for it to be delivered.

Having to blow on a game cartridge to make it work...

Along with cleaning your CD's with your t-shirt, blowing the dust out of your Nintendo game cartridge was something you'd find a lot of 90s kids doing.

If the game wasn't loading or being really slow, blowing on the game cartridge definitely helped…right?

Hunting people down in the yellow pages

How did we ever find people without the internet?!

Well, it would be a case of looking them up in that hefty telephone directory, the Yellow Pages, which has since turned into the online business directory, Yell.com.

Tin baths and toilet at the bottom of the garden #50skids

Slightly less annoying than having no social media would be having to go outside to use the loo.

And scratchy toenails in a tin bath - eek!

And a few things today's kids will have to deal with…

To balance things up a bit, we also asked you what today's teens have to deal with that you didn't.

Keeping up with all of the latest technology growing at a fast pace .. which doesn't come cheap

Can you think of any other irritations from yesteryear?

Re-join us in the present and connect to a great broadband deal at GoCompare.