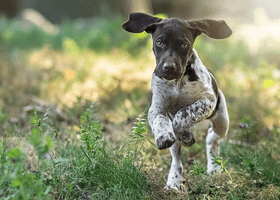 Work ca-nine to five, what a way to make a living.

In a world where robots could take four million UK private sector jobs within 10 years, we may have to rely on man’s best friend to pay the mortgage. But, with these good dogs at the helm, letting them take the lead seems like a pretty good option.

Shoo David Gandy! The top dawg on the catwalk has arrived.

Meet ‘the most stylish dog in the world’, Bohdi.

Perhaps I’ve made a fashion faux pas and you’re already acquainted? After all, he’s got 322,000 Instagram followers, and has even published a satirical book about how to shop and dress called 'The New Classics'.

Known as ‘Menswear Dog’ (or MWD), this Japanese shiba inu pup models for Gucci, Saint Laurent, Levi’s, and many other designers that most of us norms could only dream of wearing.

Along with his owners, Yena Kim and David Fung, Bohdi lives in New York City and has a salary suitable for the Vogue elite.

Try not to feel too inferior, but this dashing pooch reportedly earns $15,000 every month from his modelling, guest appearances, and sponsorship deals.

And look at his fluffy cheeks!

Labels or love? Bohdi gives you both.

In 2009, her wonder-dog Daisy detected Claire’s undiagnosed breast cancer – it was a revelation that pushed her to research just how sensitive dogs are to human disease.

Under Claire’s training, dogs like Daisy help detect cancer, Parkinson’s and malaria, and 70 are placed with patients battling to keep long-term illnesses, such as diabetes, in check too.

“It takes six months to train a bio detection dog” says Claire, “the assistance dogs have 18 months puppy socialising and public access training, followed by up to 14 months of scent and alert training.”

If a pup sniffs a sample and detects a disease, they’ll sit, stare at the sample and be rewarded for their good work.

Which dogs are best suited to the vocation? Labradors, terriers, poodles, and spaniels, according to Claire, but their aptitude for the role comes down to personality, “The bio detection dogs have bundles of energy and love to solve the puzzle we set them,” she says.

“The medical assistance dogs are similarly bright and energetic so that they are always ready to alert their owner’s to chemical changes in their bodies that signal an imminent medical crisis.” 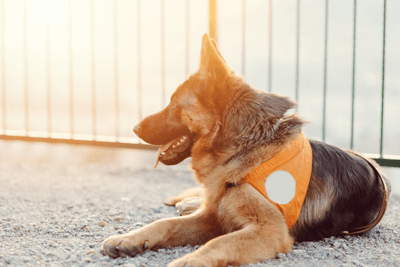 Across England and Wales, there are 48 mountain rescue charities that rely on a dog’s expertise to rescue lost ramblers, Alzheimer patients, children and suicide victims.

Air scenting dogs are trained to sniff the wind, catch a scent and find its source. Once they’ve spotted the lost or injured party, the dog runs back to its handler and guides them back to the right spot.

Trailing dogs follow ground and air scent, and usually work on the lead with a mountain rescue volunteer following closely behind.

Labradors, German shepherds and border collies are well suited to mountain rescue, but regardless of the breed, every dog goes through rigorous training to prepare them for the challenge and terrain ahead.

It takes two years, plus a number of grades and assessment tests, to become fully qualified.

Once they’re a full search dog there’s no stopping them – bad weather, pitch black, mountain terrain and even urban environments are no problem for these pooches.

Border collie turned bureaucrat, Lucy Lou, was the mayor of Rabbit Hash, Kentucky, between 2008 and 2016.

But a canine candidate isn’t anything new for the townsfolk. The 315-strong population previously voted in two other dogs, and when Lucy Lou retired from local office, a rescue pitbull named Brynneth Pawltrow was voted in with more than 3,000 votes.

The average annual salary for a mayor in the USA in 2017 is $62,000, but rather than shoulder big taxes to pay government salaries, the Rabbit Hash community pay to vote and all the money raised is funnelled back into the community. 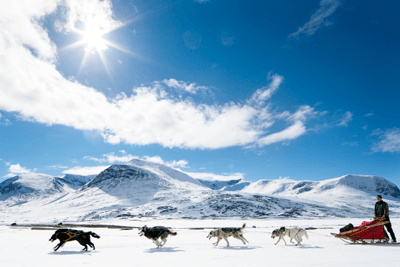 Travel to the Santa Claus village in Rovaniemi, Lapland, and you’ll meet more than just the big man himself.

More than 70 pure-bred Siberian Huskies, plus their many, many litters of puppies, live in the Arctic Circle Husky Adventure Park at 3 Christmas Road.

Throughout the year, they accompany tourists on sleigh safaris cross-country. Visitors can tour the Arctic Circle's breath-taking landscape and explore the parkland specially designed for the dogs' wellbeing. All the while, the huskies zoom ahead in front of a sled, or just a few paces away on a lead.

These gorgeous pack dogs are born to run, merrily galloping along for between 30 to 60 kilometers per day. Mush!

Let’s spare a thought for the hard working cats out there, too, namely Turret and Glen, the president mousers at The Glenturret whiskey distillery.

Joining the team in 2015 as kittens, this pair are the latest in a succession of proud mousers employed by the distillery, but they’ve got big paws to fill.

Their predecessor, Towser, is a Guinness World Record holder, catching more than 28,000 mice between 1963 and 1987. Rumour has it Towser was unpaid, but enjoyed a wee dram of whiskey every evening in her milk.

They aren’t the only kitty cats pulling their weight – look out for chief mouser on Downing Street, Larry, and Gladstone the Treasury cat.

We can’t think of a better team to weather the Brexit waters.