Find out more about Islamic and other religious banking options which may help you base financial decisions on your ethics and beliefs.

Islamic banking refers to banking which is in accordance with Sharia law and its application in Islamic economics.

However, although Islamic banks and current accounts follow Sharia financial rules, they're open to everybody, regardless of religious belief.

Islamic rules about money forbid applying or charging interest on loans or mortgages, treating money as a pure exchange.

Being in debt is not encouraged under Islam and money should only be borrowed when necessary.

A major tenet of Islamic finance is that money itself has no value. Islam considers money to be a mode of exchange, which means that each unit is equal in value to another.

Islamic law does not allow people to make a profit by exchanging money, and you're not allowed to benefit from lending or borrowing money.

Charging or earning interest is therefore not compliant with Sharia law, neither for customers or banks.

To comply with this banks don't charge interest on Islamic savings or current accounts and Islamic mortgages work differently so as not to charge interest.

At banks which offer both Islamic and mainstream products, Islamic accounts and their funds must be treated differently to standard bank accounts.

Funds which are put into an Islamic account must be ring-fenced and used in a way which is compliant with Sharia principles.

That means that the money cannot be used to finance lending activity based on interest, or invested in anything considered harmful, such as alcohol, armaments or gambling.

An increase in interest in ethical banking after the 2007-8 financial crisis has boosted awareness of Islamic banking.

You don't need to be Muslim to take out an Islamic bank account and, if you're interested in Islamic financial principles, it could be something to look into.

How do Islamic banks make money?

Instead of charging interest, Islamic banks make money by using contracts that are allowed under Sharia law, including leasing contracts, sale contracts and partnership contracts.

So instead of lending you the money to buy a car or house, an Islamic bank might buy the product and allow a customer to buy it from them - for an increased price - by paying instalments over time.

Islamic banks in the UK offer Islamic current accounts, as do a small number of mainstream banks. These accounts are similar to traditional current accounts but there's no credit or debit interest, no planned overdraft, no minimum balance requirement and no charges for transactions.

However, this means that if you try to make a transaction that would send your account overdrawn, the transaction might be rejected and you might be charged an unpaid item fee. 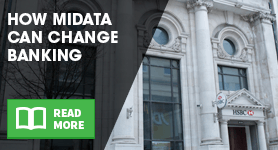 The money kept in Islamic bank accounts with UK banks has to be ring-fenced and not used for any interest-based or non-Sharia approved activities.

Islamic current accounts benefit from all the other services that are open to non-Muslim customers, which typically include a debit card, the option to open a joint account and internet and mobile banking.

If you're interested in opening an Islamic bank account you may have to talk to someone in branch, rather than applying online.

In April 2014 Lloyds Bank stopped charging interest on overdrafts for customers with Islamic bank accounts. Lloyds Bank wrote to all its customers to inform them that it was removing a fee of £6 a month for people who went into an unplanned overdraft, but only for its Islamic accounts.

Some non-Muslim customers claimed they were being discriminated against by being forced to pay fees which Muslim customers didn't have to pay, but Islamic bank accounts aren't available to just Muslim customers - anyone can open an Islamic account, regardless of religion.

In May 2014, Lloyds told BBC Radio 4's Money Box: "These accounts are structured differently to our traditional accounts and do not offer credit interest or other features that are available on our other products. A comparison with the overdraft charging structure on other accounts is meaningless."

To comply with Sharia law, money from Islamic savings is invested instead of lent out and isn't used for any investment which isn't in accordance with Sharia law, ruling out things like tobacco, alcohol and gambling.

Unlike standard savings accounts there's an element of risk so - to be in accordance with UK financial regulations - you have to agree that you're aware that you could lose money.

Instead of offering a guaranteed interest rate, Islamic savings accounts offer an expected profit rate. While a profit rate is usually achieved, it may sometimes fail to be realised. Any profit earned is taxed in the same way as interest.

The predicted profit rate may not be met, so it's possible you'll earn no return on savings with these accounts.

However, the risk to the capital is largely theoretical - UK savings legislation means that money placed in savings is backed by the Financial Services Compensation Scheme (FSCS) if you save with a regulated provider.

Islamic mortgages and loans usually work in one of the following two ways.

Ijara is a leasing arrangement, sometimes called a house purchase plan (HPP) in the case of mortgages. It involves the bank buying a house, car or other goods for a customer, then leasing it back to them.

Each lease payment contains an instalment towards the purchase price of the commodity, so eventually the customer will own the property outright. Until that point, the bank remains the legal owner.

This involves the bank buying the home or other property, then reselling it to the customer for a higher amount. The customer then pays for it in monthly instalments.

With a Murabaha arrangement, the customer is the registered owner of the property from the start of the arrangement.

Islamic mortgages are the same as standard ones in that you need a deposit and you'll have to have the house valued before the bank will agree to fund the purchase.

Banking products for other religions

There are a number of banks in the UK with specifically Christian principles.

Note that it's unlikely to be the right choice if you like to bank locally - it has one branch and a small number of staff.

Kingdom Bank is a another UK-based independent Christian bank which offers savings accounts and specialises in offering mortgages to churches.

Mutual societies such as building societies are sometimes run by churches and other religious organisations to provide financial services to their local religious community.

A mutual society is an organisation owned by its members - profits are reinvested to help improve the service, rather than paid out to external shareholders.

Sometimes these will be in the shape of a credit union which is a type of mutual society.

Religious mutuals and credit unions are sometimes run from religious buildings so, if you're a worshipper, you might find that you can ethically meet some of your banking needs in your local church group or religious centre.