Heating our homes while keeping costs down will be on everyone’s mind as temperatures drop this winter. So, just how important is a property’s energy efficiency to UK residents? 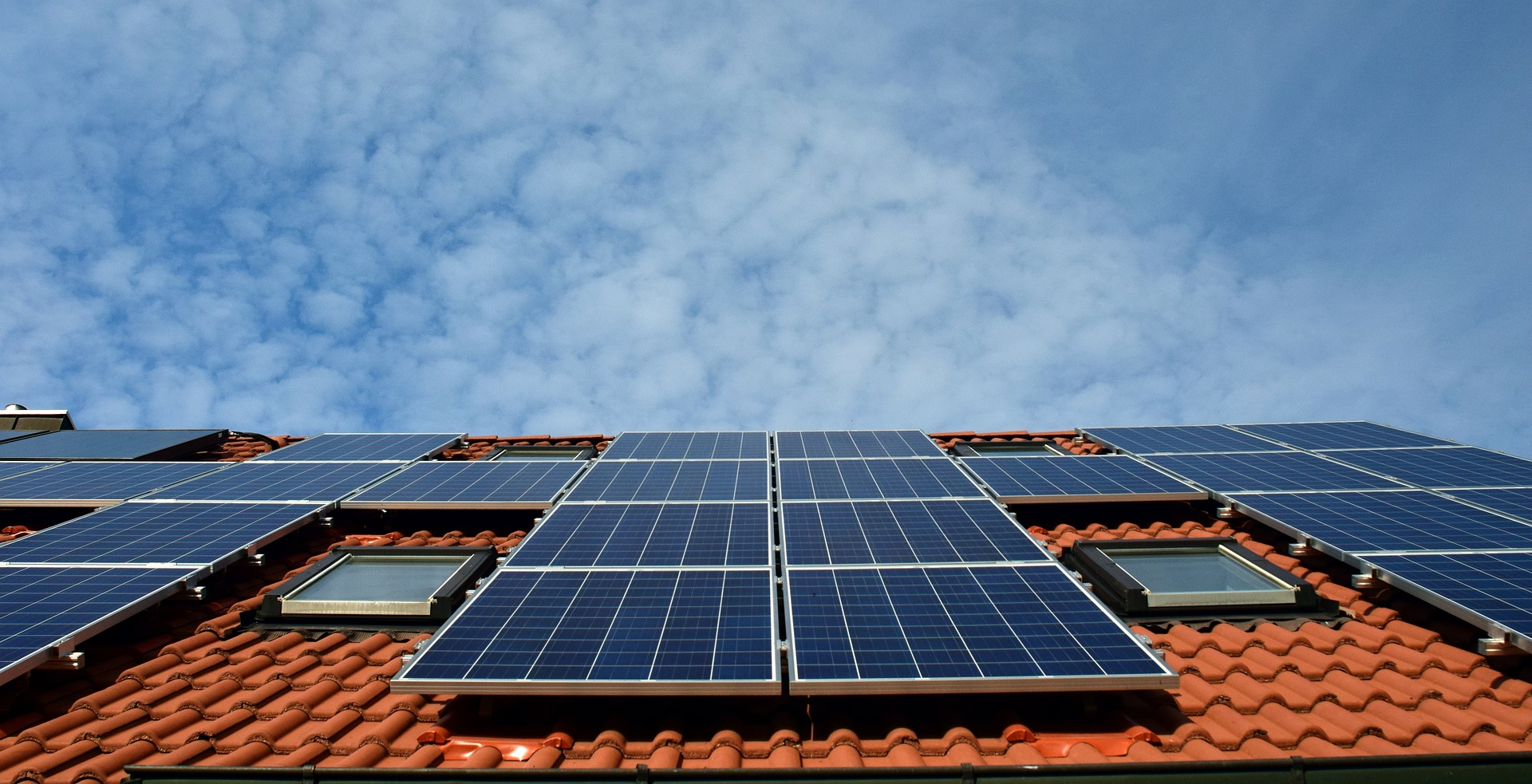 Keeping our homes warm without overspending is an issue that many households face every winter. This year, however, even more of us will be confronted with that dilemma as the nation grapples with rising energy costs.

With this in mind, we’ve explored how important energy efficiency is to homeowners and renters in the UK. Are certain property features now particularly appealing, and would a poor energy efficiency rating put a buyer off altogether?

The more energy efficient your home is, the lower your bills and carbon footprint will be, which benefits both your wallet and the environment. When you’re looking to rent or buy a property, you’ll be able to review its energy performance certificate (EPC) to check your home’s score.

Our research found that 51% of UK adults surveyed would be deterred from buying a property that had a poor energy efficiency rating, suggesting this is a concern for the majority of Britons. A further 32% were unsure if this would put them off, and just 17% claimed that it would not deter them.[1]

Millennials were the generation most concerned with energy efficiency ratings. According to our poll, 60% of millennials would be put off from buying a house that had a low rating – a higher figure than in any other generation. Just 49% of Generation X’ers and 45% of baby boomers felt this way.[2]

A property’s energy efficiency rating depends on several factors, but certain features are likely to improve it, including insulation and solar panels.

Solar panels produce cheaper and greener energy, lowering the cost of your bills while helping to protect the environment. Although they can be expensive to buy and install (a domestic solar power system costs £5,500 on average, depending on the size and install site), solar panels can save households hundreds of pounds each year.[3]

Just 5% of survey respondents told us that they would be less likely to buy a house that had solar panels installed, showing that only a small number of residents are opposed to this feature. While over a third (36%) claimed it would not impact their decision, solar panels were an incentive for the majority of would-be buyers, as 59% of Brits would be more likely to buy a property that had them. This figure rose to over two-thirds (68%) of millennials – higher than both baby boomers (55%) and Gen X’ers (54%).[2]

If you’re thinking of installing solar panels, you should inform your insurance provider. Plus, you should check that they will be covered under your home insurance policy in case you need to make a claim in the future. Keep in mind that solar panels are a long-term investment, so may not be worthwhile if you plan to move house soon. 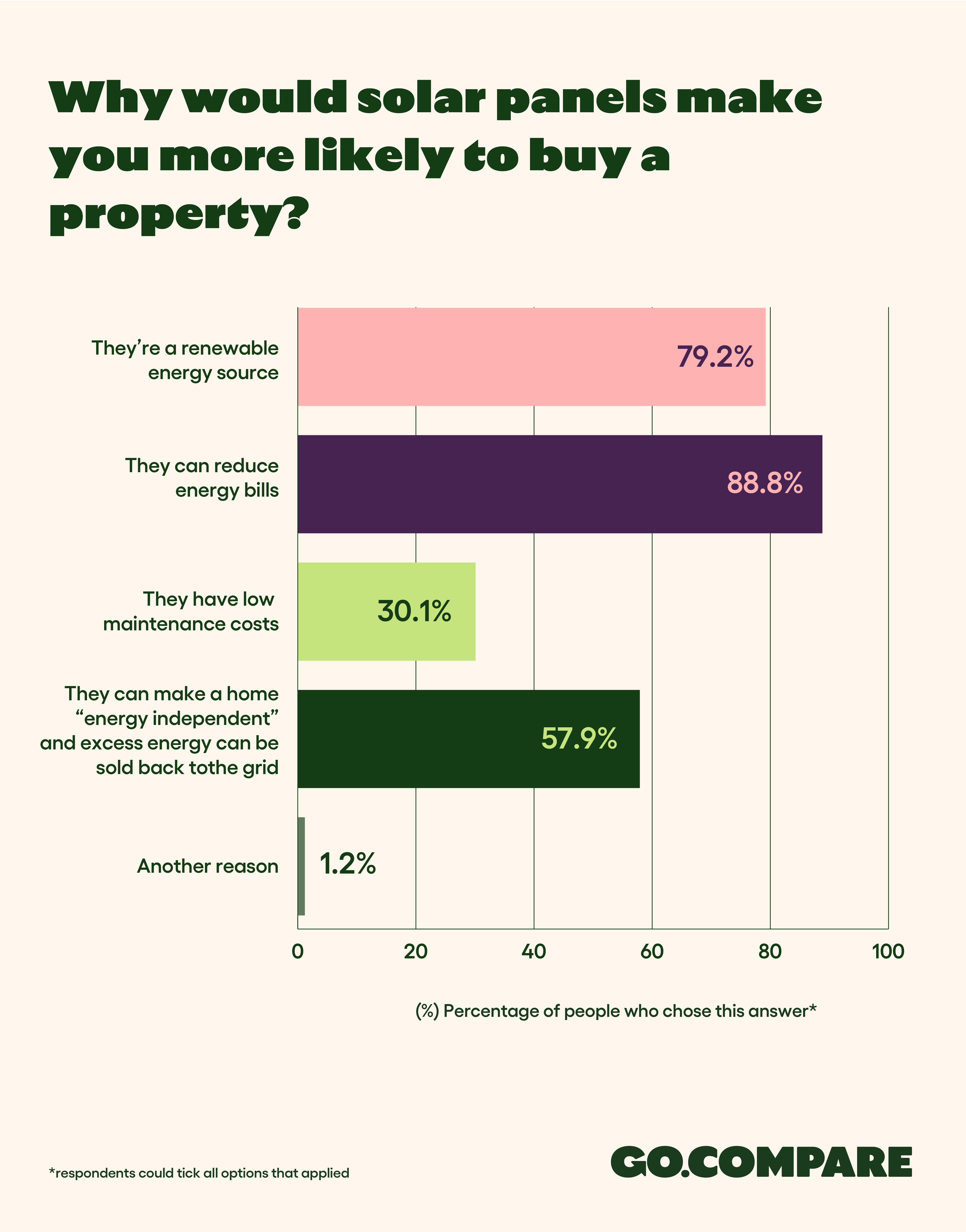 There are several reasons why solar panels are attractive to potential buyers, but cheaper energy was the most significant incentive cited by our respondents. Of those who’d be more likely to buy a house with solar panels, their biggest reason for this was because they can reduce bills, which is especially significant at a time when energy costs have skyrocketed. Over three-quarters (79%) of respondents preferred the fact that they are a renewable energy source, while 58% liked that they can make a home ‘energy independent’ and that excess power can be sold back to the grid.

Nevertheless, 5% of potential buyers were put off solar panels because of their inefficiency in poor weather or at night, the amount of space they take up, and the fact that manufacturing and disposing of them can harm the environment. The main deterrent, though, was not liking how they look.

Shockingly, over a third (35%) of adults surveyed didn’t know, or weren’t sure what a heat pump was, suggesting that further education is needed around this energy efficiency feature. In fact, 37% of millennials admitted to not knowing what a heat pump is, and a further 13% weren’t sure. Despite heat pumps being a relatively new feature in UK homes, 78% of baby boomers knew what they were.

Surprisingly, almost half (48%) of Brits that knew what a heat pump is claimed that having one installed wouldn’t impact their decision to buy a property. As the cost of energy climbs and the gas and oil boiler ban comes into effect in 2025, households may start to look toward these renewable sources of energy, but is more awareness needed about their benefits? 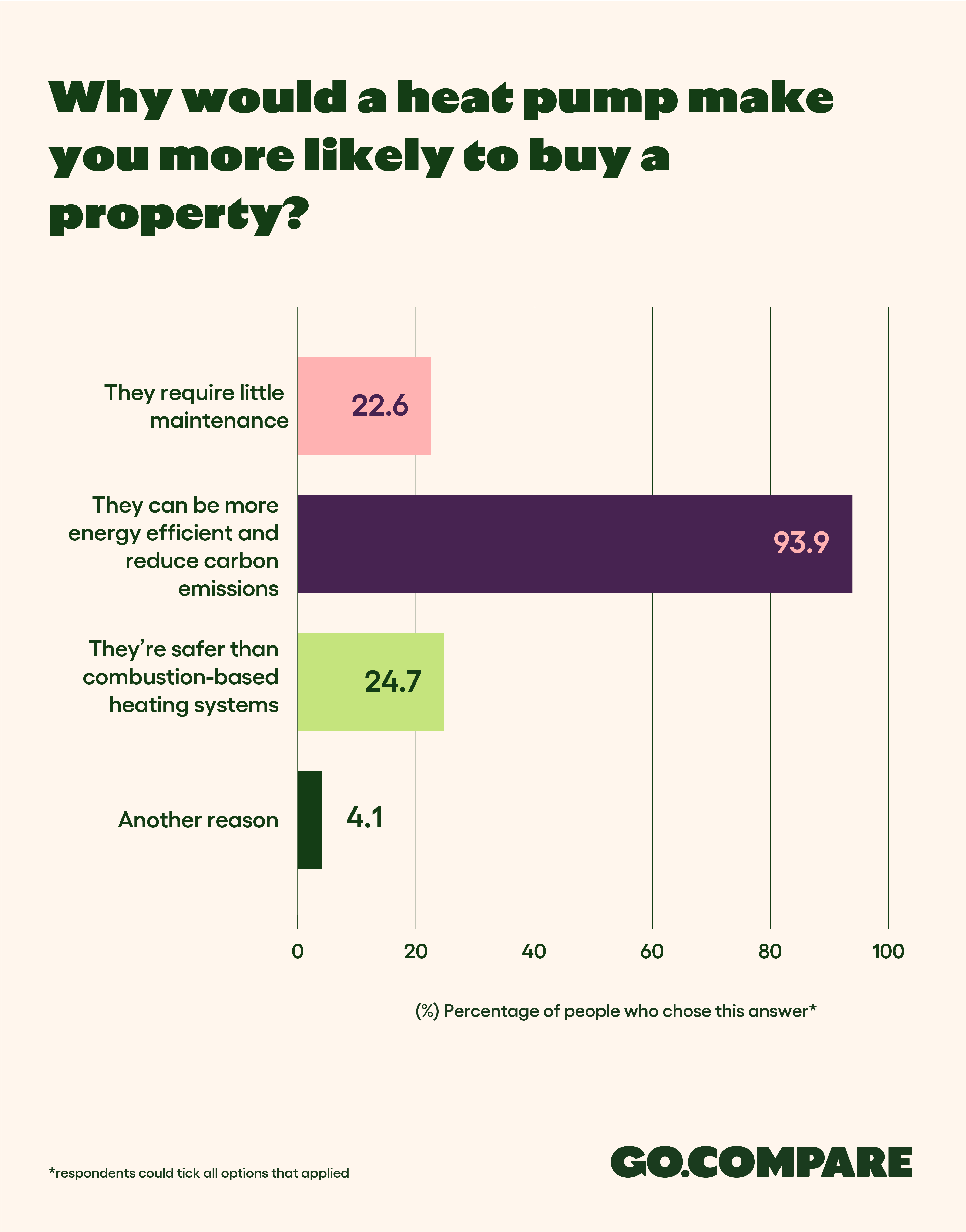 Over a third (35%) of adults told us they would be more likely to buy a home with a heat pump, pointing to the fact that they can be more energy efficient and reduce carbon emissions as the biggest reason why. The next most significant factor was that they are safer than combustion-based heating systems, followed by them requiring little maintenance.

Heat pumps were more popular with millennials than any other generation, as 45% of millennials who were aware of this product said they would be more likely to buy a house with one, compared to just 31% and 32% of Gen X’ers and baby boomers respectively.

However, 17% of respondents said that a heat pump would make them less likely to buy a property. The biggest deterrents were that they don’t work as well in cold weather and that they can be expensive to run. Other factors included them not being completely carbon neutral (because they require electricity to work), and sometimes needing additional appliances to run, such as a hot water storage tank.

Is energy efficiency only now becoming a priority for buyers?

“At the moment, the desirability of energy-saving features in residential properties isn’t perhaps as prevalent as one would at first assume, albeit that with the energy crisis now uppermost in many buyers' minds there is perhaps more consideration for the overall energy efficiency of a property than previously.

“Many people are already aware that the energy efficiency of a property is measured by its EPC rating, which is required by law in order for a property to be advertised for sale. Historically, however, few buyers have paid much attention to an EPC rating, but now the potential to save on energy costs and access a green mortgage product has meant that EPCs are beginning to play more of a part in the decision-making process.

“Green mortgages, for those who aren’t aware, are available from certain lenders in the UK market who are offering a reduced or preferential product rate on purchases and some remortgages on residential properties with an EPC rating of C or above. Given that current borrowing costs are the highest we’ve seen in this country since the credit crunch of 2008, if a property qualifies for a green mortgage, it’s a great way for homeowners to reduce their monthly outgoings, together with saving on energy bills.”

What can you do to improve your property’s energy efficiency?

Good insulation in your floor, roof, loft, and walls - as well as water tanks pipes and outdoor traps - will reduce the need for your heating to be on as high or as much, meaning you'll spend less. A whopping 69% of adults surveyed told us that they would be put off buying a home that had no insulation.

To insulate your house even further, look for anywhere that cold air can get in, such as gaps around doors, windows or any other openings. You could also invest in draught excluders or thicker curtains to provide better insulation.

Changing all of your light bulbs to low-energy bulbs is an easy and affordable way to ensure you’re saving energy where you can.

Wind turbines are another source of renewable energy, and just like solar panels, you can install a personal wind turbine at home. However, this is an expensive option and would require significant investment.

Compare the cost of your appliances

To be able to save on energy, you need to know how much you are spending at home day to day. Use our energy calculator to compare the cost of household appliances.

[1] To collect the data used in this report, we surveyed 2,000 UK residents via YouGov. The survey ran on 17 October 2022 and all respondents were selected at random. All statistics featured on this page are sourced via this survey unless otherwise stated.

[2]In this data, generations are grouped by birth year of the survey respondent, collated via YouGov. Millennials refer to anyone who was born between the years 1982 to 1999, Generation X is between 1965 to 1981, and baby boomers are between 1946 to 1964.

[3] The average cost and savings of solar panels were sourced from Energy Saving Trust, accessed at: https://energysavingtrust.org.uk/advice/solar-panels/ on 24 October 2022.