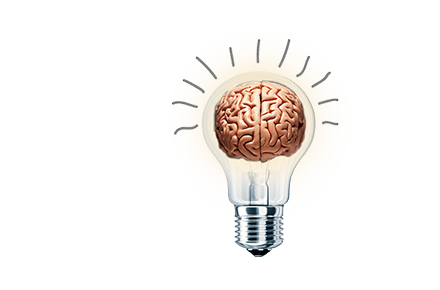 Learn about hydroelectric energy with H2Ocompare

Find out how hydroelectric energy works and how you can use it to power your home.

As well as being one of the most popular ways to generate renewable energy for large-scale projects, hydroelectric systems (also known as hydropower systems) can be installed on domestic properties, harnessing the flow of water from rivers and streams to power homes.

Generating your own renewable energy via a hydropower system can be a great way to reduce utility bills and limit your impact on the environment. It could even earn you some extra money, thanks to the government’s feed-in tariff scheme.

But hydroelectricity isn’t suitable for everyone – you’ll have to meet a number of conditions in order for it to be cost-effective.

How does hydroelectric energy work?

Like other renewable energy technologies, hydropower systems work by harnessing natural energy found in our environment. In this case, it’s the energy generated by rivers and streams, as their water flows downhill towards the sea.

As water flows through a hydropower system, its movement is converted into kinetic energy via a turbine. The turbine drives a generator, and the generator produces electricity. So, the more water that flows through the turbine, the greater the amount of electricity that will be generated.

Some other factors also affect the amount of energy generated by hydropower systems. Rivers and streams on steeper slopes are capable of producing more energy, due to the extra gravitational force that affects the water running through them. Then there’s the efficiency of your system – newer technologies are likely to be more efficient at converting the energy of water into electricity than older ones.

There are two main types of hydropower system, each with their own benefits. If you’re considering this type of renewable energy for your home, it’s important to understand how both technologies work.

This type of hydropower system works by diverting water from the river or stream into a purpose-built canal, where it spins the turbine before passing back into the main watercourse. There’s no storage involved in this system, making it the simplest to install and the most common type of hydropower system for domestic use. On the downside, your system won’t be able to produce any electricity if the river runs dry.

Storage hydropower systems are larger than run-of-river systems; they use a dam to store water in a reservoir. This water is released gradually, feeding into the turbine and providing a steady flow of energy. Because the water is stored, this type of system can be relied on to generate energy even when the river isn’t flowing at its usual level. While they’re more commonly used for large-scale electricity projects, small storage hydropower systems can be used in a domestic setting.

Is a hydroelectric system right for me?

Hydroelectricity can be one of the most reliable forms of renewable energy. As long as the river’s running, your system will generate a steady supply of electricity.

That said, a specific set of criteria needs to be met in order to make the most of hydropower – it’s not enough to simply live near a stream. Your suitability will depend on several different factors, including how much water passes down the river, how steeply it flows, and how far your home is from the water source.

If you believe that your home ticks enough boxes to make hydroelectricity an attractive option, it’s worth getting your site assessed by a certified hydropower installer, who will be able to give you an idea of how realistic your plans are (and how much they’ll cost).

While hydropower can effectively make your home self-sufficient, the costs involved in setting it up are enough to put many people off.

Getting your site surveyed by a professional is likely to cost around £300. But this is a mere drop in the ocean compared to the expense of actually buying and installing your system. Costs can be highly variable, depending on factors such as the gradient of your land, the size of your turbine and whether you want to connect to the grid. But, according to UK Energy, the average 5kW domestic hydrosystem may cost around £20,000.

Understandably, not everyone has this kind of capital to hand, or wants to invest such a large amount when there are other, more affordable renewable technologies available – solar panels and wind turbines being two of the most popular options.

Then again, if your site is particularly well-suited to hydropower, the money you’ll earn from feed-in tariffs might eventually pay off the upfront costs. You could be eligible to earn money for every kWh of electricity you generate, and earn even more by exporting excess energy to the grid.

The pros and cons of hydroelectric energy

The idea of being self-sufficient and making extra cash thanks to your own supply of hydroelectric energy is appealing to many property owners, but do the positives outweigh the negatives? We’ve outlined some of the pros and cons below to help you decide: