What makes a renewable world?

Is a renewable world possible? What would it take for the world to make the switch from fossil fuels to clean, cheap renewable power?

We've looked at the world's energy usage as it is today, and three potential forecasts for our future from leading climate change research bodies. These are: What might happen if we continue as we are now, the impact of moderate positive adoption of renewable technologies, and the outcome of a complete energy revolution that takes us to 100% renewable energy by 2050.

Where are we now?

There’s no easy solution. For instance, electric cars are a great step in the right direction because they reduce the need for petrol - but they’re not much help if the electricity they run on is made by burning coal. 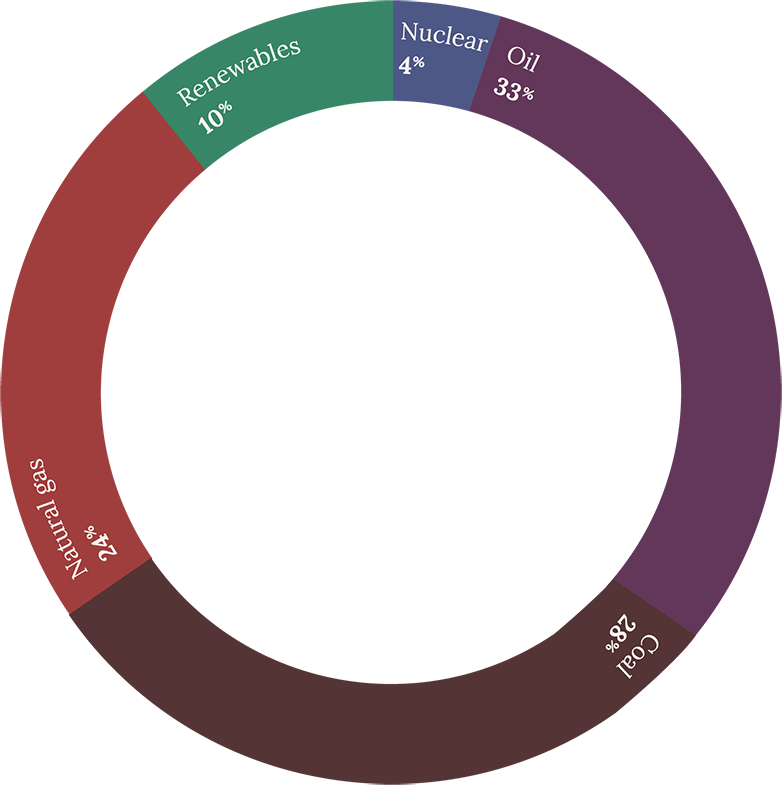 Moving away from fossil fuels will be an enormous task, and doing it in a way that safeguards jobs, secures reliable power and doesn’t restrict the growth of developing nations will be even harder. But there are those who think it’s possible.

An estimated 161 gigawatts of renewable energy was added in 2016

Renewables are growing fast: global capacity increased by its highest ever amount in 2016, with an estimated 161 gigawatts (GW) added. There’s more renewable power capacity being added every year than from all fossil fuels combined. 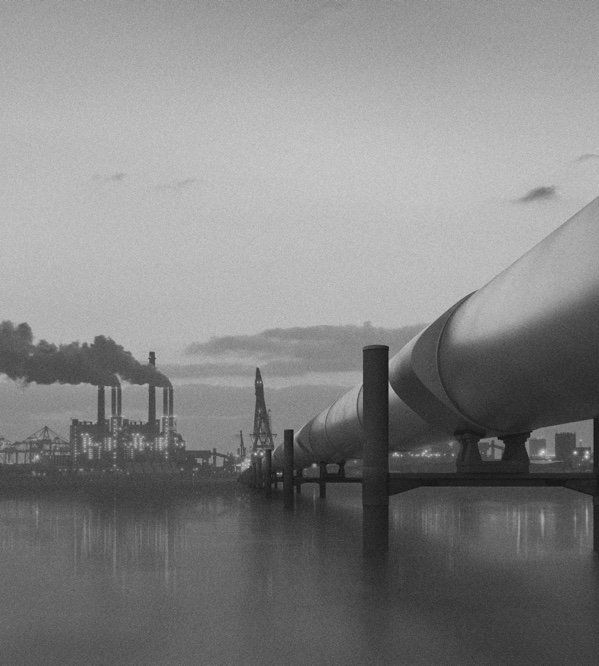 But can this be sustained into the future - and what will be the result of continuing as we are now?

Our baseline comparison point is the World Energy Council's figures for 2014, because it's consistent with the other data we're using.

However, there were unprecedented gains made by renewable energy sources in 2015 and 2016, so the real picture is brighter than it looks here!

The modern world is at a crossroads: will we continue using the fossil fuels that have driven industrial growth up until now, or step up the switch to renewable sources of energy?

Where are we going?

Forecast 1: If nothing changes

The International Energy Agency’s (IEA) "Current Policies" projection is used as our "control" scenario. It assumes no new environmental policy commitments will be made beyond the ones currently in place, and the world will carry on more or less as it is today. Essentially, it shows the outcome of doing nothing.

To be clear, this isn’t the IEA’s view of what’s likely to happen – it’s just a thought experiment to show the outcome of no new policies. In its World Energy Outlook 2015 report, the IEA puts forward two other scenarios that offer a more positive outlook.

The outcome of no new policies 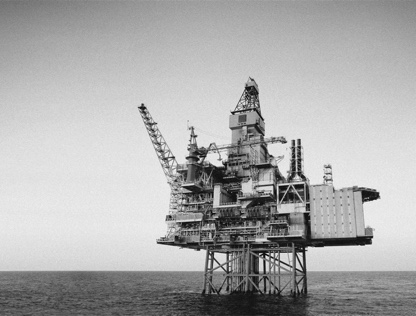 The World Energy Council’s "Modern Jazz" scenario is more optimistic, but falls short of complete commitment to a renewable world. It assumes disruptive new renewable technologies and deployment models, alongside a broad but not universal positive action on climate policy, will have significant impacts on CO2 levels. 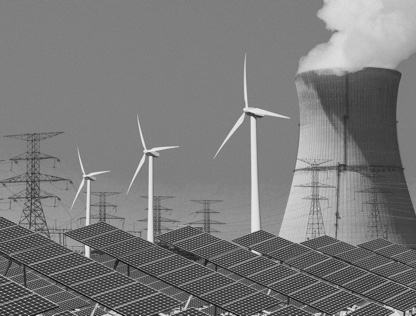 Greenpeace’s "Advanced Energy Revolution" scenario is the one that sees us achieve 100% use of renewable energy used globally by 2050 – no fossil fuels, no nuclear power, just clean energy. It assumes a combination of technological progress and a harmonised, worldwide commitment to tackling climate change. 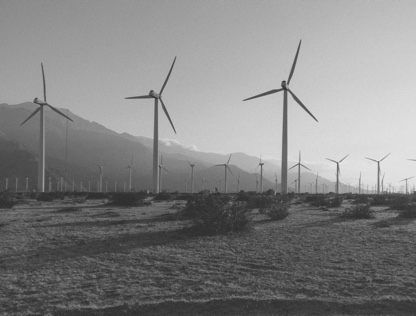 We've included data on fuels by transport and electricity generation. The transport sector – which includes aeroplanes, rail and sea traffic as well as cars and trucks on the road – makes up a big chunk of global energy use. Electricity powers nearly everything we do, from industry and leisure to home comforts. As an economy grows, its electricity demand increases: it’s for this reason that forecasters pay so much attention to emerging economies like China and India for clues about the energy mix of the future.

Forecast 1: If nothing changes 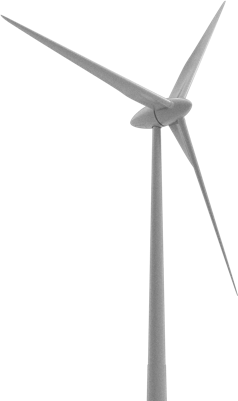 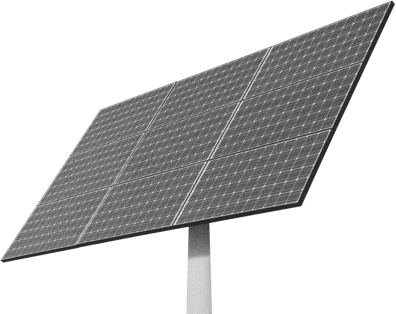 Wind turbines harness energy from the wind to spin rotary blades connected to a generator, which produces electricity. Relatively low-tech, inexpensive - and getting cheaper all the time - it’s particularly well-suited to developing countries.

Like solar, wind power has a problem with intermittency: it’s hard to predict when and how strongly the wind will blow, which can create problems when trying to meet energy demands with current systems.

However, this problem can partly be addressed by developing new energy distribution systems that are designed to cope with this – for instance, by making greater use of battery storage and the ability to freely switch between energy sources.

Nearly all energy we use ultimately came from the sun - whether it’s the petrol powering your car, or the food in your belly powering you. So why not cut out the middle man and harvest energy straight from the sun?

Solar panels – also known as solar photovoltaic cells – do just that. Using materials like silicon, which create an electrical field when exposed to sunlight, they can generate electricity whenever the sun shines. The technology is flexible and scalable – a few rooftop solar panels can offset your domestic electricity costs, while a vast array in the desert can help power a city.

Solar power is currently experiencing record growth. In the USA, new solar panel installations almost doubled year-on-year in 2016, while in China solar capacity doubled to 77.4 gigawatts. Meanwhile in the UK, a new milestone was reached as more electricity was generated by solar power than coal between April and September 2016.

The biggest problem with solar power is that it’s seasonal – it doesn’t generate much in the winter. But as a key component of a mixture of different renewable energy sources, the future looks bright for solar.

One of the oldest forms of renewable energy – water mills have existed for thousands of years – hydro power is a well-established part of the world’s energy mix. Hydro power uses water currents to drive a turbine and produce electricity. Once installed, it’s a very reliable source of power.

Some countries, including Albania, Paraguay and Norway, get almost all of their electricity from hydroelectric power. So why aren’t we installing hydro plants everywhere?

One problem is that there’s a limited number of available sites where hydro power is viable, and even then, it takes money and skills to build and maintain a hydro plant. This isn’t such a problem in wealthy countries, but it can be a major barrier in the developing world.

Another problem, ironically, is climate change. Droughts are especially bad for hydro power: just look at the Hoover Dam in Nevada, where a falling water table has forced nearby states to lean on gas-fired power plants in recent years.

A gigawatt (GW) is a unit equal to one billion watts. It’s often the unit used when talking about power grids and national energy supplies. For a bit of perspective, the United Kingdom normally requires between around 30 to 35 gigawatts to meet demand at any given moment.

When talking about the total amount of electric power nations or the world consume over a year, terawatt hours (TWh) are usually used instead. This is equal to a single terawatt (a thousand gigawatts) sustained continuously for that number of hours.

While technology is an important aspect of renewable energy, another – in many ways just as important – is investment. In a world driven by market forces, it’s not enough for renewables to be clean: they also need to be competitive.

Green bonds, also known as climate bonds, are investment vehicles that help to fund eco-friendly projects. These include large-scale installations of wind turbines and solar panels, low-carbon transport infrastructure projects, and research and development to drive down the up-front costs of all of these.

Green bonds are becoming more popular, but they currently only make up around one per cent of all bonds. The transition to a renewable world needs to be funded somehow – greater awareness and appetite for green bonds could be a key part of this.

Liquid biofuels are an alternative to petrol whose energy comes biological processes, rather than geological ones. They’re actually nothing new – the Model T Ford was originally designed to run on ethanol, and the world’s first diesel engine ran on vegetable oil.

Modern biofuels include biodiesel, which unlocks the energy in animal and vegetable fats, and bioethanol, an alcohol made from fermenting naturally-occurring sugars. There’s also more adventurous concepts, like specially-developed, energy-rich forms of algae.

Biofuels have potential, but also problems. They’re still quite expensive compared with oil-based fuels, and they can still be carbon-intensive. However, with continued research and development, they could one day offer a renewable replacement for oil.

Most of us know what fossil fuels are: oil, coal and gas are the three main ones. They’re the compressed remains of organic matter that we can burn to release energy.

We need some greenhouse gases around to keep the climate in balance. However, since the Industrial Revolution, when the technologies to extract fossil fuels were developed, greenhouse gas levels have shot right up – and most scientists agree this has been a major contributor to global warming and climate change.