Android vs iOS: Which phone should you buy? 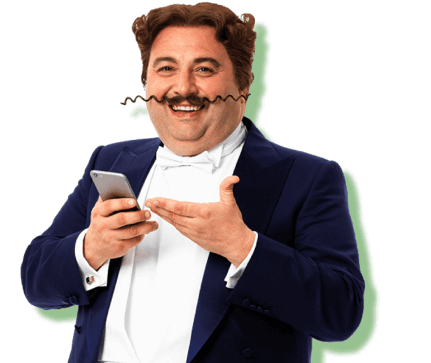 It's the defining characteristic that many millennial's measure themselves by. Are you Android, or iPhone? It's even been known to end fledgling relationships. When your new love's message appears in green, instead of blue, for some choosy iPhone devotees' things are over there and then.

All seems a bit dramatic, doesn't it? But when so much of your life happens on your mobile phone, choosing the right one is serious business. Android and iPhone each have their own defining characteristics, and whichever one you choose may say more about your personality than the phone itself…

It's impossible to give a comprehensive guide of all the pros and cons of both phone types without reviewing the most recent handsets, but here's a general overview of their characteristics.

Based on sales alone, Android has got to be the choice - since 2011 they've consistently outstripped iPhone, mostly due to the wide range of Android phones on the market and their competitive pricing. In 2015, Android had an 81% share of the market.

What about Windows phones?

The debate between which phone provider to choose is framed around Android and iPhone because they take up the lion's share of the market.iPhones

If you're looking for a cheap phone, you're basically limited to Android. There are many different types of Android phone, ranging in price from £50 to £800, while iPhones start at a much higher price. If you want to buy a handset outright, an iPhone will set you back £600-£900.

What do you already own?

Whether you choose Android or iPhone will depend on what other devices you own.

If you have an Apple computer, tablet or watch, you're probably better off sticking to an iPhone so all your devices can work together in harmony.

Similarly if you have a Windows computer you might want to stick to Android, or get a Windows phone.

When it comes to choosing between iPhone or Android, there's much less choice of iPhones compared to Android.

The wide range of choice means some Android phones have better cameras and higher-resolution screens than Apple phones, while some don't. The hardware you can get will depend largely on your budget.

However, internal storage can be a boon. You don't need to worry about apps, music or video files and can rely on your phone to perform well, instead of relying on an SD card.

When it comes to choosing between the two, it's as much subjective as it is objective. Whether you prefer Android or iPhone will depend on your preferences, and ultimately what you're already used to.

One of the major differences between Android and iPhone is the former's flexibility in comparison to the latter. This covers lots of different things, but ultimately it means that you can do more with an Android phone compared to an iPhone.

Android phones allow you to install unknown software, while Apple controls what you can download by whats available in the App Store.

A major difference is that Apple controls iPhones, while Android phones are open source. You can plug in an Android phone and use it like a hard drive, while an iPhone's hard drive isn't accessible except through iTunes or other software.

However, this is a problem that can be solved by downloading Apps from the App Store. Every Google service (Calendar, Gmail, Maps etc) is available on the App Store which means you can customise your phone to use the apps you want, even if they're not Apple. This doesn't work the other way around, however.

As we've already mentioned, iPhones are locked down and can't be used as a hard drive like Android phones. While this does make them less flexible, it also makes them more secure and less vulnerable to being hacked.

Android phones in some instances are secure, but this depends on their operating system and if they have full-disk encryption.

iPhones are basically unusable without their unique passcode, which also makes them less attractive to thieves.

It used to be the case that iPhones got new apps first, while Android users had to wait. Now that's largely untrue, as developers tend to make apps for both systems.

The breadth of choice on Android phones is more extensive but that's mostly due to the fact apps aren't as policed as on the Apple App Store, where all apps must be approved before they can be listed.

Take a look at our library of guides for more help with your mobile.