Slang has been used to describe money for centuries, giving us a wide range of expressions to use in reference to currency and credit cards. With that in mind, we’ve taken a look at some of the more interesting terms from around the world, and traced their origins.

To illustrate these glorious slang expressions, we teamed up with Art Money to create visuals using ACTUAL money, with each image created using the currency of the country of the term’s origin.

EXPLANATION: Although in more recent times this term has been widened to include all forms of money, it was originally used specifically to describe criminal profits, and in particular counterfeit notes. 'Boodle', often elongated to 'caboodle', is used in both the United Kingdom and the United States, and is believed to have been derived from the Dutch word 'bodel', meaning property. 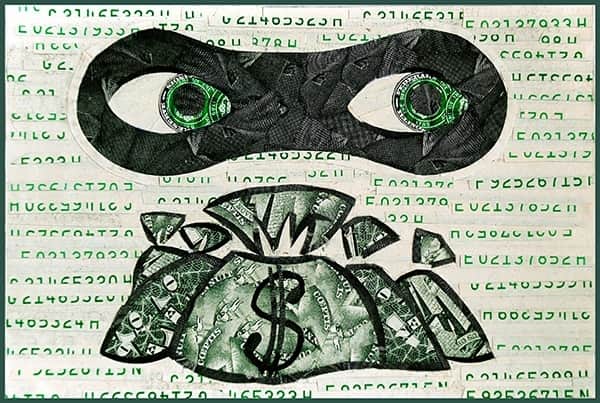 EXPLANATION: This rough and ready phrase comes from the working-class northern English towns of the last century, where many people earned a living dealing with waste materials, giving birth to the expression "where's there's muck, there's brass" - quite simply, brass could be found among the scrap and sold for profit! 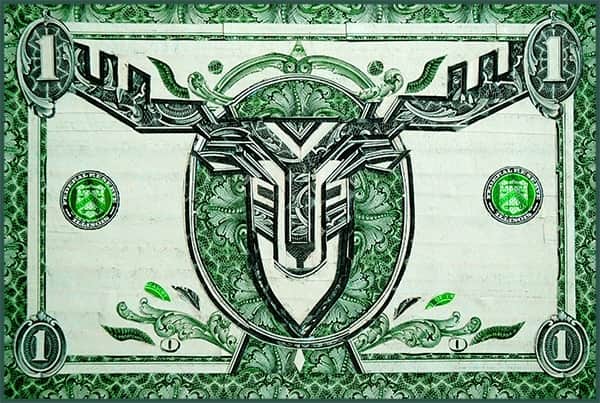 Meaning: One dollar. Derived from Pioneer times, when deer (or 'buck') skins were used as currency.

EXPLANATION: Derived from 18th Century, pioneer-era America when buck (deer) skins were used as currency, a 'buck' is slang for one dollar, and has survived into the modern day, where it's still one of the most common terms used to describe money in the USA.

Meaning: Slang term for money. Derived from the fact Americans on welfare used to receive cheese as part of their benefits.

EXPLANATION: This well-known American phrase was born at the end of the Second World War. Welfare packages included a hearty lump of cheese - so to receive your cheese meant to receive your benefits. In recent times the etymology of this phrase has developed further - our American friends often describe cash as 'cheddar'. 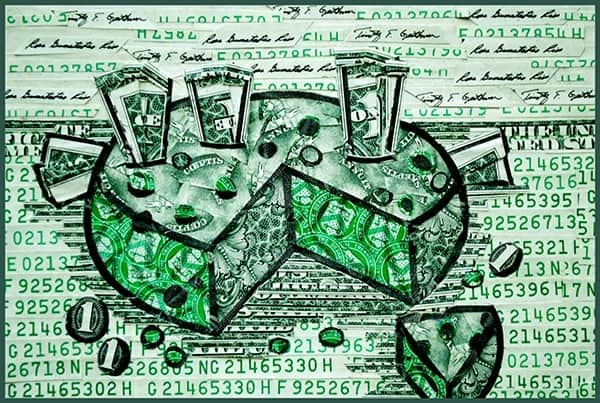 Meaning: London slang for £500. Derived from the 500 Rupee banknote, which featured a monkey.

EXPLANATION: While this London-centric slang is entirely British, it actually stems from 19th Century India. The British empire's control of India led to a number of phrases making their way across from the Raj to our shores, with a 'monkey' perhaps the most famous. Referring to £500, this term is derived from the Indian 500 Rupee note of that era, which featured a monkey on one side. Although the ape has since been replaced, the phrase lives on. 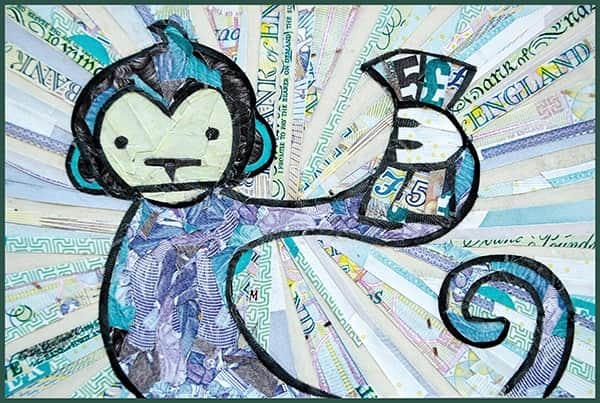 Meaning: One British Pound. Derived from the Latin Quid Pro Quo, meaning 'one thing in exchange for another'.

EXPLANATION: Perhaps the most famous British example on our list, the word 'quid' refers to a pound, and comes from the well-known Latin phrase 'quid pro quo' - literally 'something for something' - and describes the basic nature of using currency to buy items. 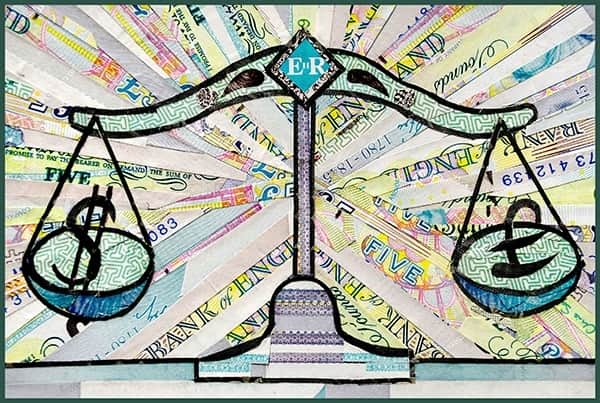 Meaning: Slang for money. Derived from the Greek Spondulys, meaning 'Shell', which were widely used as currency in ancient times.

EXPLANATION: This phrase has fallen out of favour in recent times, but was one of the most commonly-used terms to describe money in 19th Century America. As with the American 'buck' (see above) the phrase 'spondoolicks' refers to an old form of currency. In ancient Greece, spondulys - or shells - were used for bartering, leading to this unusual expression taking hold across the pond. 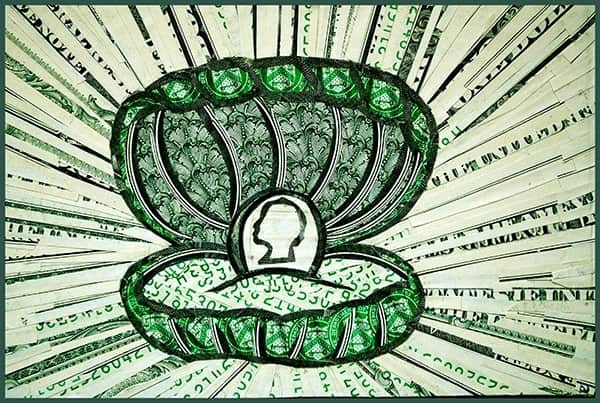 Meaning: Danish for a 1,000Kr note, or a Tusind krone seddel. Tusind is then shortened to Tudse, which means ‘Toad’ in Danish.

EXPLANATION: Used in Denmark to refer to a 1,000Kr note, this phrase derives from the similarity of the word 'tusind' - thousand - and the word 'tudse' - toad. Yes, that's right - the Danes refer to their money as a toad! 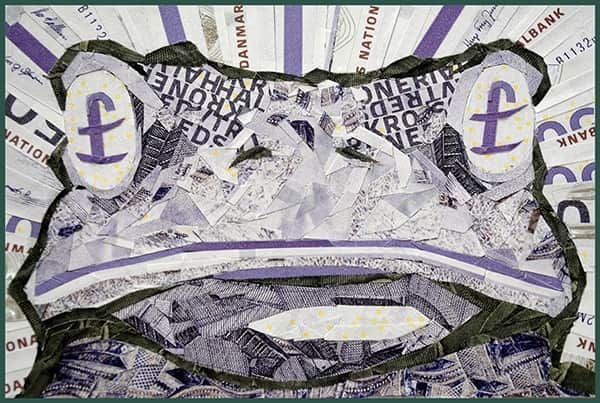 Meaning: Slang for money. Derived from the Romani Wongar, meaning 'coal', which itself was used as slang for money in the 18th and 19th century.

EXPLANATION: 'Wonga' - a corruption of the British Romani word for coal, 'wongar' - is used so frequently in Britain that it's even been borrowed by the country's most notorious loan company. Interestingly, the word 'coal' was itself a slang phrase for currency in the 18th and 19th Century, emphasising this unusual term's long history!